PETA Youth is taking India by storm, and 2018 was filled with many exciting events in which the group took part and raised awareness of animal rights issues. Here are some of the best: 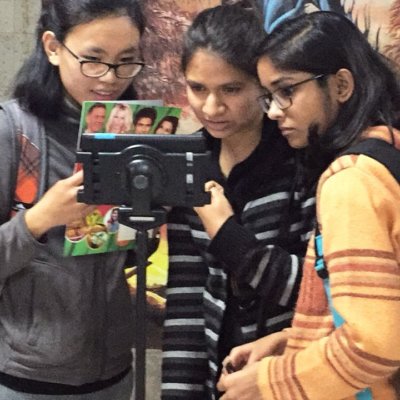 Our “Don’t Suck, Ditch Dairy, Try Vegan” campaign was a big hit among the students at this event too. 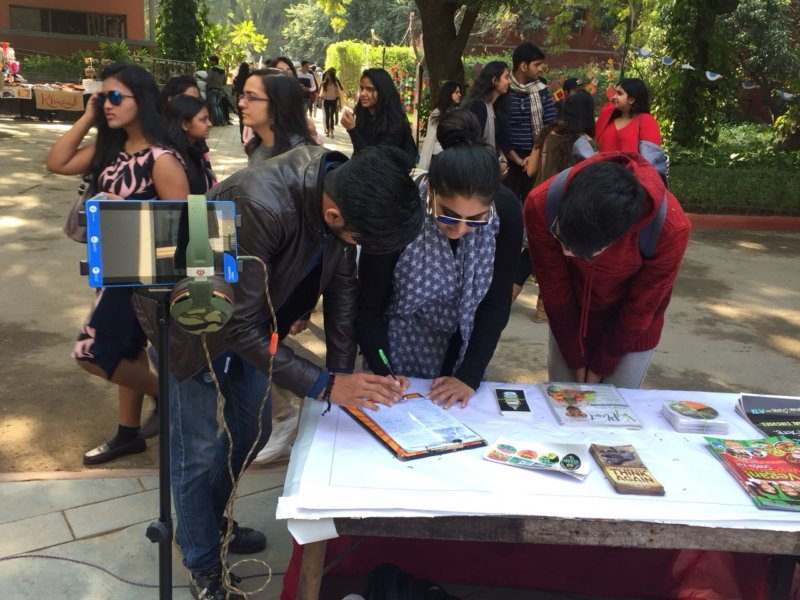 The theme for PETA Youth’s booth was “Vegan Is the Future.” Visitors enjoyed free samples of mock meat from Good Dot and flavoured soy milk from Sofit. The response was overwhelmingly positive. 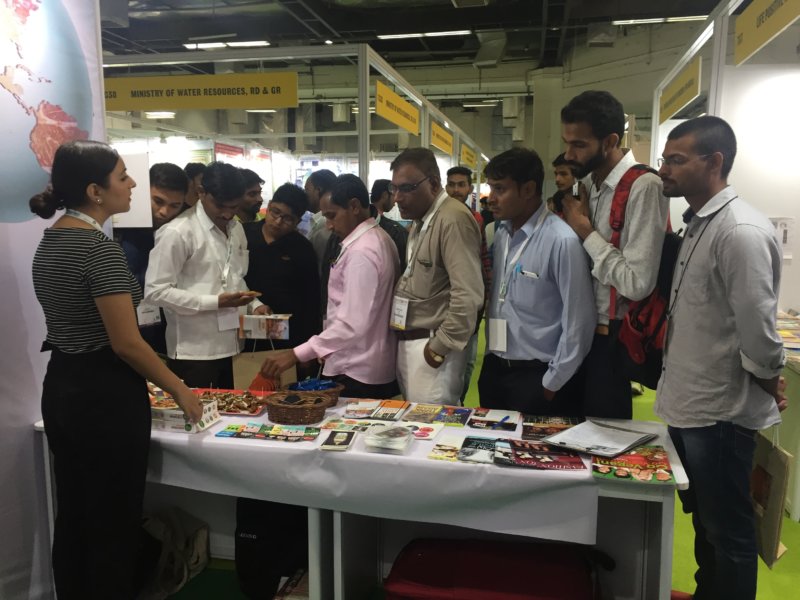 In this thought-provoking tabling event in Bangalore and Delhi, visitors were asked to consider the cruelty endured by male chicks in a new campaign called “Save the Boy Child: Try Vegan”. People helped themselves to literature and posters and watched a short video showing what happens to male chicks in the egg industry. 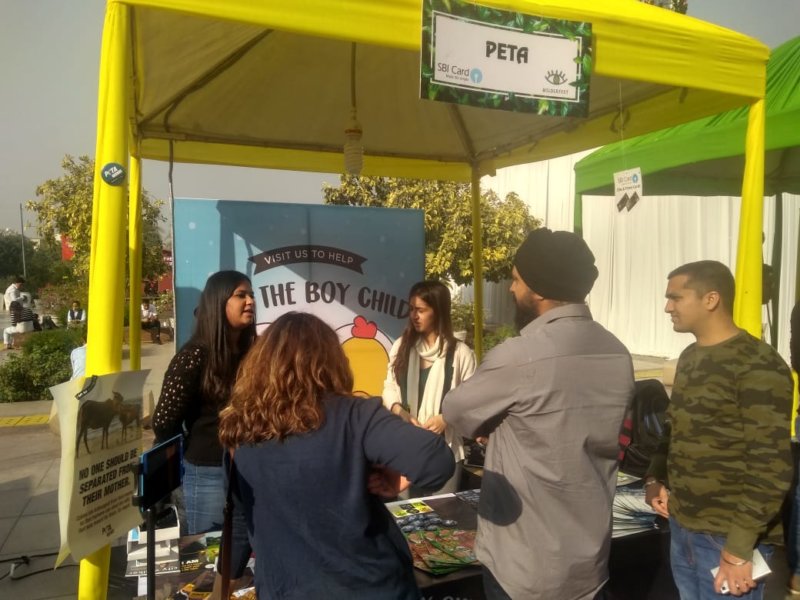 Visitors to this outdoor music festival got to check out the “I, Chicken” virtual reality experience and sample Good Dot’s vegan meat. Many so enjoyed the free samples that they asked where they could purchase them.

Viewers were engrossed in watching the powerful documentary Dominion in Bangalore, Delhi, and Hyderabad. PETA Youth set up information booths at all the screenings and distributed materials about a wide variety of subjects. 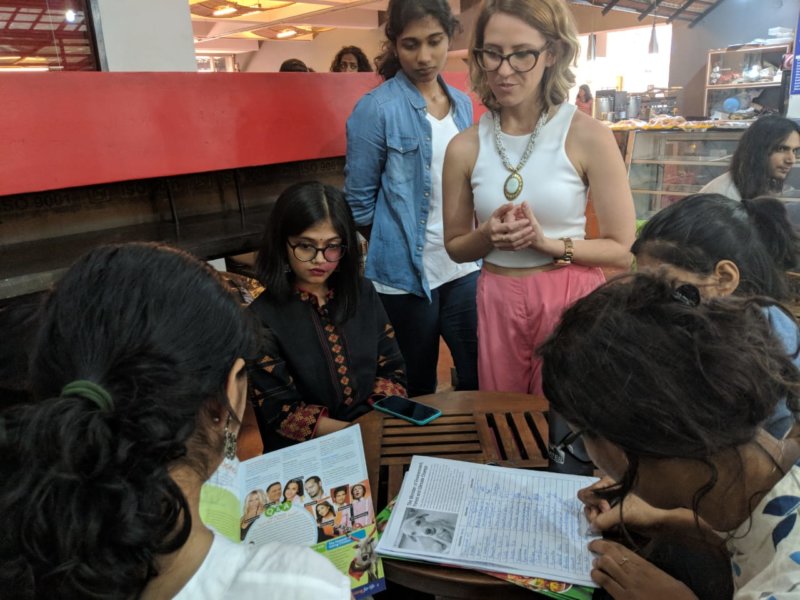 Comic Con India was the perfect venue for sharing the new “I, Calf” virtual reality experience. Based on a true story, the project – which uses a combination of filmed footage and computer animation – places the viewer “in the body” of a young calf whose mother secretly gave birth to twins. Remembering that farmers previously took her babies away, the mother cow hides one of the newborns to protect him. Everyone who tried the experience was astonished by the special effects. PETA Youth also distributed informative materials and asked people to sign the petition for stronger animal-protection laws.

PHOTOS! #PETAYouth took animal rights and virtual reality technology I,Calf to @comicconindia, Hyderabad to show people how to be active for #animalrights.

Many visitors to India for Animals 2018 at Leonia Holistic Destination in Hyderabad learned about PETA Youth’s “Save the Boy Child” campaign.

Visitors at @FIAPOIndia’s #IndiaForAnimals event now know what happens to male chicks and calves for the egg and dairy industry via #PETAYouth’s ‘Save the boy child’ campaign. Here’s how you can help stop these babies from being killed: (link in the bio)

Enchanted by our fabulous “Lettuce Ladies“, dozens of visitors came to PETA Youth’s booth at this huge event and agreed to take the 30-day vegan pledge. 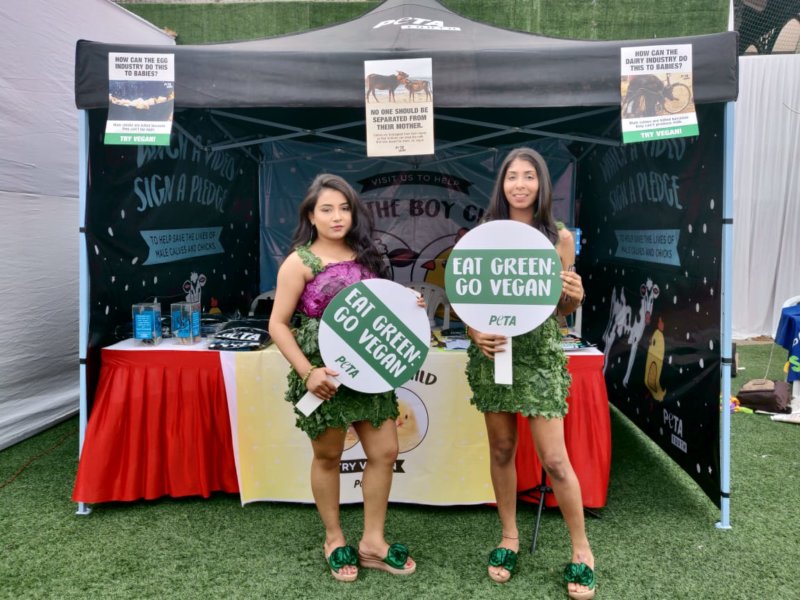 Dozens of Mithibai College students did a protest at Carter road, Bandra Mumbai on 21st of December. They were dressed as animals (such as an elephant, a dog, and a horse) and wore animal masks, holding a banner reading, “Environment Ministry, Please Ban Animal Circuses,” to urge the Ministry of Environment, Forest and Climate Change to pass draft rules proposing a ban on the use of animals in circuses.

With PETA India’s support, Mithibai College students took to the streets of Mumbai in animal costumes to call for a ban on cruel circuses. (link in bio) @paparazzi18_19 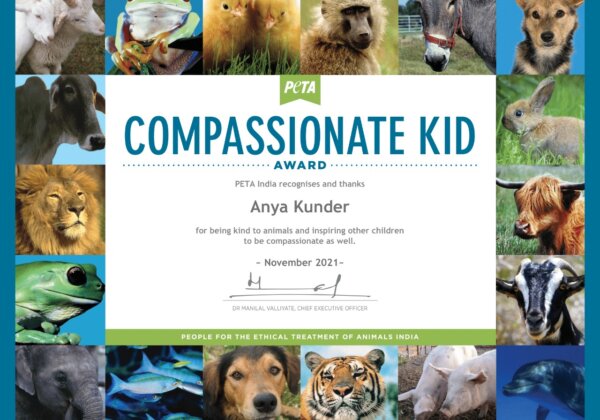