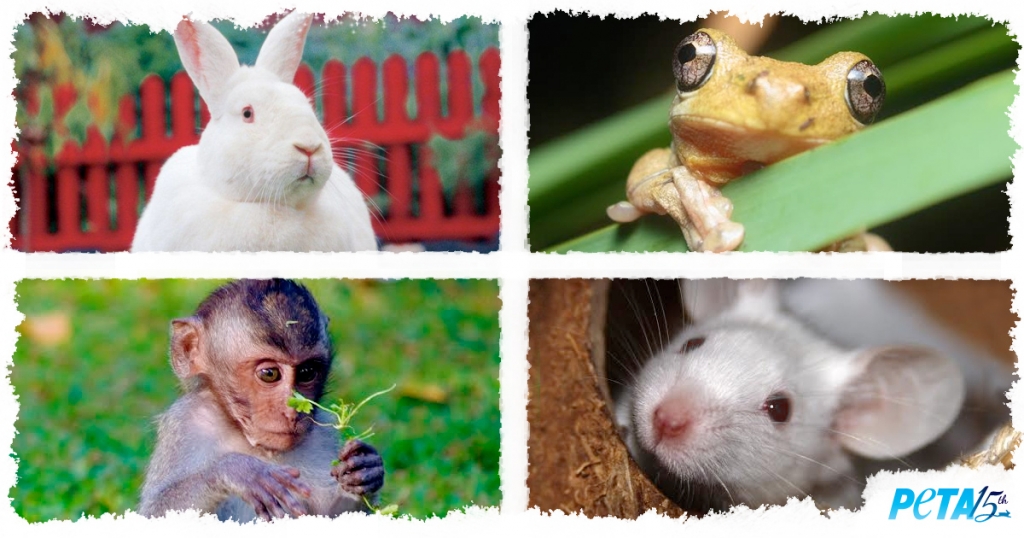 In honour of National Science Day on 28 February, we’re putting PETA India and our international affiliates under the microscope to see how they are modernising science in India and around the world. Here are the top seven ways:

Blinding rabbits for mascara or detergent? Not on our watch! Following intense campaigns by PETA India and work by the Union Minister of Women and Child Development, Maneka Gandhi, the Ministry of Health and Family Welfare banned testing cosmetics on animals and even went a step further by also banning the importation of animal-tested cosmetics. There’s more: the relevant Bureau of Indian Standards committee removed animal testing from the requirements for household products. However, animal-tested household products are still sold in India, so be sure to check out our list of cruelty-free companies before you shop.

To show schools how effective non-animal training tools are, PETA India held a national veterinary training workshop for veterinary professors and a medical training workshop for people in the medical field. Nearly 500 teachers from 120 medical schools attended our continuing medical education workshop series, which included lectures and demonstrations of modern, effective and economical humane-education methods that can be used in Bachelor of Medicine, Bachelor of Surgery (or “MBBS”) curricula.

PETA US have provided more than US$1 million in funding for the advancement of non-animal testing methods and other options to replace animal testing. Another way PETA US help animals in laboratories is through their innovative shareholder campaign. PETA US have filed shareholder resolutions covering many animal-testing issues with dozens of chemical and pharmaceutical companies.

Thanks to PETA India and others, 70 beagles who were imported from China by Advinus Therapeutics Ltd, a pharmaceutical laboratory in Bangalore, were rescued and taken to animal-protection groups for adoption.

In case there is any question as to whether PETA and its affiliates mean business, take a look at the consortium that is working to help implement non-animal testing methods and whose members include PETA and its affiliates. The PETA International Science Consortium, Ltd, and another group called Chemical Watch hold free webinars focusing on non-animal testing methods and strategies. These webinars help industry toxicologists, those registering chemicals for the first time and companies that would like to know more about validated non-animal tests that are available now and how other businesses are using them.

Show your support for animals who are suffering in laboratories by letting the world know that testing on animals is just plain cruel and that you won’t be part of it.