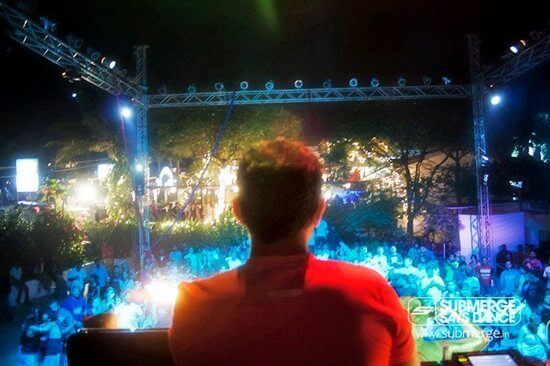 Submerge Goa Project is undoubtedly the ultimate New Year’s Eve beach party, and petaDishoom is going to be there to help you dance your way into 2012!

Not only are the people at Submerge Goa project some of the coolest people we have ever met, they are also a socially conscious bunch too. They have partnered with the youth animal rights brigade petaDishoom for the four-day dance and music fest in Goa, taking place from 30 December 2011 to 2 January 2012, to show their support for the animal protection movement and to encourage the thousands of people who will be attending the fest to be kinder to animals.

Says Submerge Goa Project’s co-founder Nikhil Chinapa, “Animal protection issues are a  key concern for youth today and I’m delighted Submerge Goa Project 2011 can act as a platform for petaDishoom to raise even more awareness about the importance of being kind to animals.”

Adds DJ Pearl, “I am a long time supporter of PETA and I am over the moon about Submerge Goa Project 2011 joining hands with their youth division petaDishoom. Through this partnership, we aim to encourage more and more people to speak out against cruelty to animals.”

There really can’t be a better New Year’s resolution than pledging to help animals, and there really is no better party to be at than Submerge Goa Project .

Look out for the petaDishoom information table at the fest, where we will give away free stickers, literature and more to all the beautiful peeps who want to support our work for animal rights.

Don’t forget your bathing suit or swimming trunks and visit Goa so that you can party with petaDishoom and some awesome electro musicians who are guaranteed to blow your mind.

For more information, please check out the Submerge website: http://www.submerge.in/nodes/home.