World Meat Free day is a wonderful opportunity to prioritise animal welfare and health. Each vegan saves nearly 200 animals a year , and fruits, vegetables, legumes, whole grains, and other healthy vegan foods have all the vitamins, minerals, and essential nutrients the human body needs – without all the cholesterol, contaminants, and saturated fat found in meat, dairy, and eggs.

Eating meat can be as harmful as smoking cigarettes, and one study found that people under 65 who eat a lot of animal-derived foods are four times as likely to die from cancer or diabetes. By contrast, consuming vegan foods can improve one’s health and even reduce one’s risk of life-threatening diseases, such as cancer. According to the US Academy of Nutrition and Dietetics, vegans reduce their risk of developing diabetes by 62%, their chance of being hospitalised for a heart attack by 33%, their risk of being afflicted with heart disease by 29%, and their risk of suffering from all forms of cancer by 18%.

People who don’t eat meat are also less likely to be overweight or obese, and they have better blood pressure control, less inflammation, and lower cholesterol. In fact, if everyone went vegan, we could prevent more than 8 million human deaths per year by 2050. 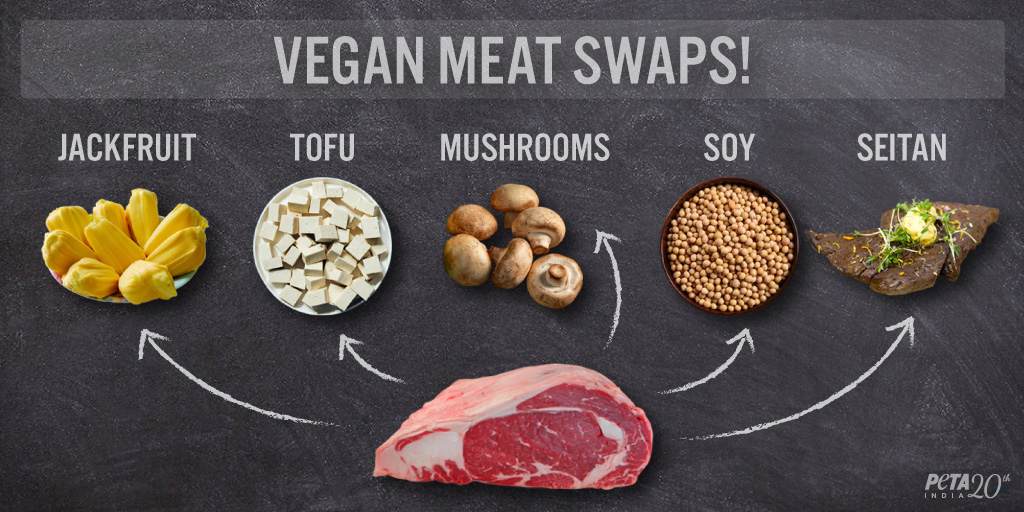 There are so many delicious alternatives to meat these days! Tofu soaks up flavour, is widely available, and is packed with nutrition: just 8 ounces contain 20 grams of protein and all the essential amino acids our bodies need. According to Harvard University researchers, eating tofu more than once a week can reduce a woman’s risk of heart disease by 18%!

You can purchase vegan meat in stores or online from many companies, including Gooddot, Vezlay, and Veggie Champ. Urban Platter, Vegan Mall, Amazon, Vegan First, and Vegan Dukan have large selections of vegan meat and other vegan foods that can be delivered to your door.

Check Out These Tasty Vegan Dishes