Pointing to this year’s Thrissur Pooram festival held in Kerala, which was elephant-free because of concerns over COVID-19, PETA India is calling on Kadakampally Surendran, Kerala’s minister for co-operation, tourism and devaswoms, to direct the devaswom boards and temples in the state to stop using captive elephants in festivals, for the sake of both elephants’ and humans’ health. Many captive elephants in Kerala suffer from tuberculosis (TB), which is highly contagious and transmissible not only between elephants but also from elephants to humans. 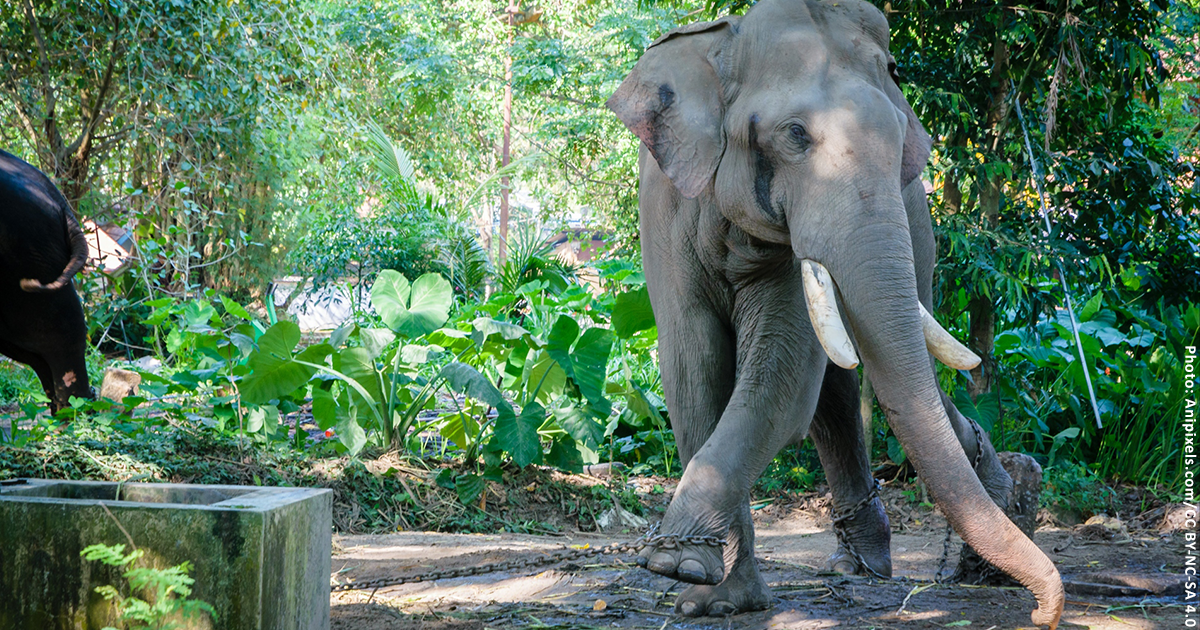 It’s been reported that, on average, 25 elephants die every year in Kerala because of TB. Elephants can spread it without ever exhibiting symptoms, just as humans can spread the coronavirus without realising they have it. Many handlers don’t know whether the animals they use have contracted TB, while others know they have but aren’t willing to quarantine and treat them. When infected animals are forced to work at crowded festivals, they come into close contact with other elephants and humans and expose all of them to the disease.

PETA India is also asking Surendran to seek help from the minister for forests, animal husbandry and zoos to screen all captive elephants under the devaswom boards and other temples for TB immediately – and to work with the minister for health, social justice and woman and child development to do the same for all mahouts and elephant caretakers.

Many progressive temples in Kerala have already chosen to protect the public from TB – and prevent elephants from being distressed by loud crowds and music – by using wooden Jeevathas with mounted idols of deities, chariots, and life-size elephant figures in their celebrations.