In honour of International Volunteer Day (5 December), PETA India has named Pune resident Pooja Rathore our 2019 Volunteer of the Year.

She has taken part in numerous eye-catching demonstrations for PETA India to promote vegan (that is, wholly plant-based) eating. She’s always ready to assist our Emergency Response Team with arranging for veterinary care for animals in need, and on her own, she rescues injured animals and gets them treated. Vegan for over six years, she first volunteered for various vegan outreach groups in Delhi and today does similar work in Pune. She feeds community animals in her area, raises awareness of animal rights issues online, and is pursuing a master’s degree in nutrition to become an even stronger advocate for vegan eating.

Rathore also organises climate strikes in Pune to raise awareness of climate change and other environmental issues. Since the production of meat, eggs, and dairy generates enormous amounts of the greenhouse gases that contribute to climate change and forests are cut down to make room for farmed animals and the crops to feed them, in 2010, a United Nations report warned that a global shift towards vegan eating is imperative to save the world from the worst effects of climate change.

Inspired? Want to intern or volunteer with PETA India? Here‘s how: 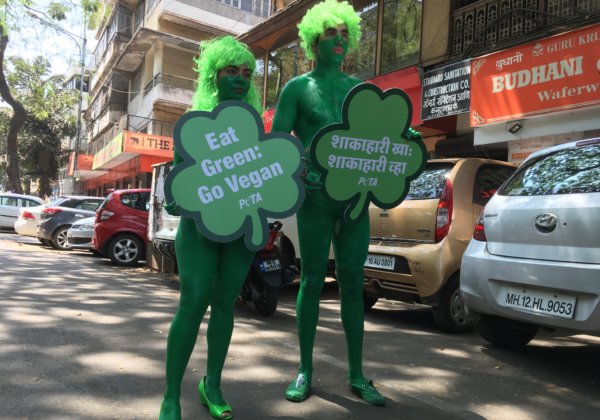 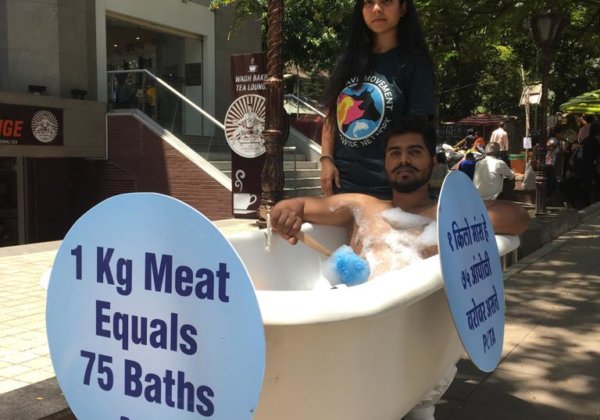