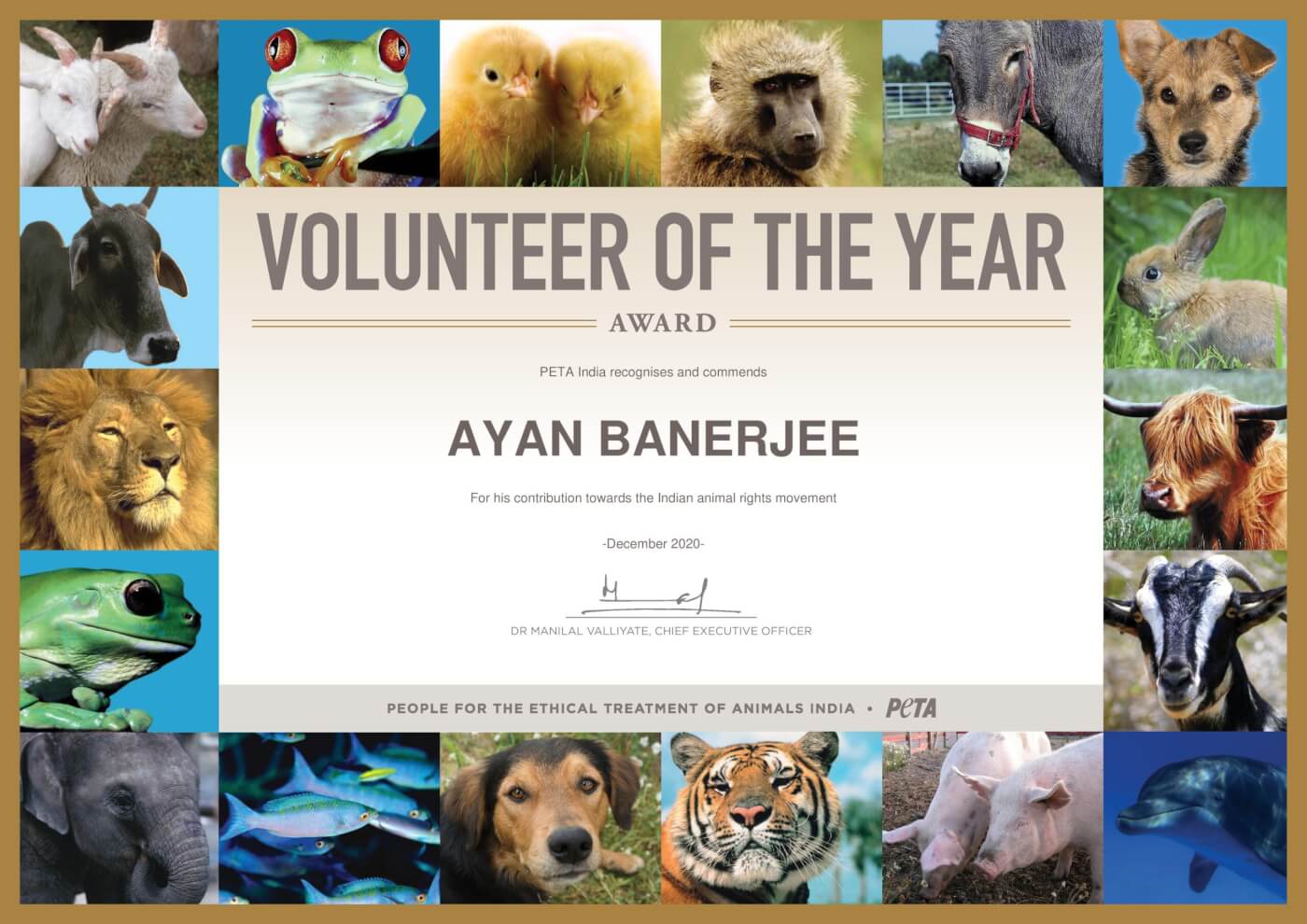 Eighteen-year-old Ayan, who is vegan, became a PETA India volunteer two years ago. Since then, he has shown dedication in working to inform young people about animal rights. He has visited schools such as Bal Bharti School in Allahabad and Wynberg Allen School in Mussoorie to give talks to students about the benefits of vegan eating. In collaboration with the Allahabad Museum, Ayan took part in a 200-kilometre run – visiting numerous colleges, distributing leaflets, and spreading the word about vegan eating. He helped staff at PETA India’s stall at the vegan Ahimsa Yoga and Music Festival in January and took part in a PETA India street theatre–style demonstration in Allahabad that encouraged onlookers to consider adopting a lovable Indian dog from the streets or an animal shelter instead of buying one. And that’s not all!

When he’s not holding outreach activities for PETA Youth, he’s encouraging fellow students to conduct virtual Compassionate Citizen workshops. Compassionate Citizen is PETA India’s award-winning humane education programme designed to instil empathy for animals in children aged 8 to 12. Ayan does it all with his signature dedicated and kind-hearted approach.