We are pleased to report that in Sunder’s first week at Bannerghatta Biological Park, where he is to reside by order of the Supreme Court of India he is responding well to the care he has received from the park veterinarians and mahouts as well as veterinarians with Animal Rahat, who have remained there to help with his transition.

Since Sunder was the victim of almost unimaginable abuse for nearly 15 years, the veterinarians and mahouts are still getting to know his temperament, and since this is a large park, they are proceeding with caution in order to protect Sunder, the other elephants and themselves. They are introducing him to his new environment and family slowly, with care and some restraint. The mahouts at the park are new to Sunder, and the only mahouts he has known in the past were those who beat him repeatedly even when he was lying down. A new relationship of trust is being established between Sunder and the new mahouts, and building that trust takes time. But he is making progress.

He is still recovering from a massive injury on his leg that he sustained while he was being abused, so he has not yet been permitted to walk through the 49.5-hectare (122 acres) forested area with his new family members. But soon, he will!

You may remember that the majestic Van Raj was the first elephant Sunder met at the park and the two hit it off. This week, Van Raj was often kept and fed near Sunder in order to help him adjust to his new surroundings. 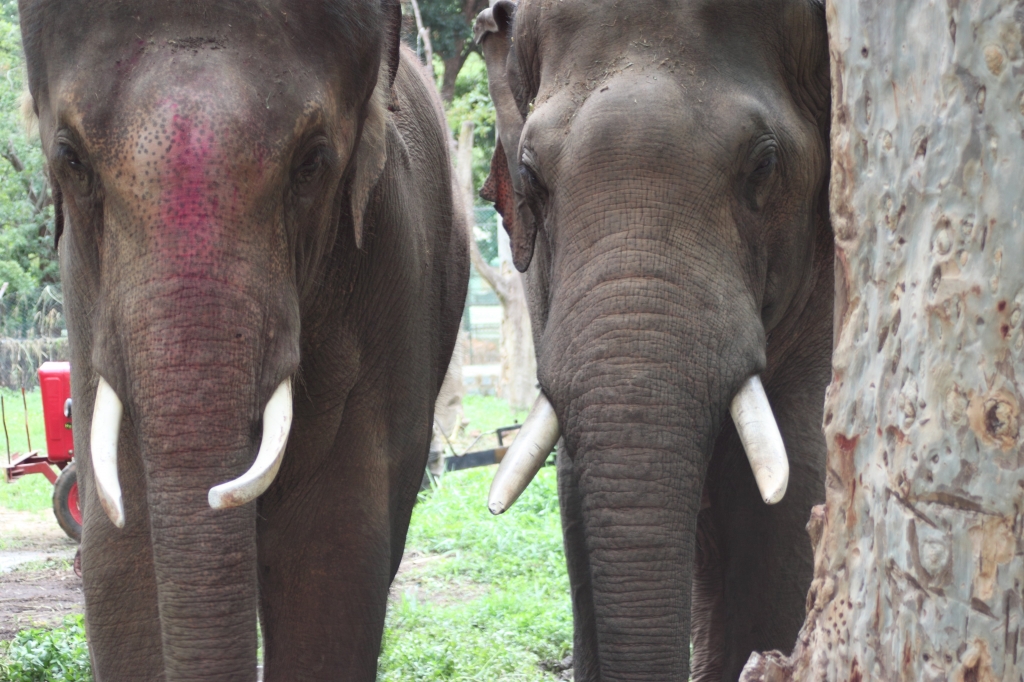 Sunder and Van Raj get to know each other . 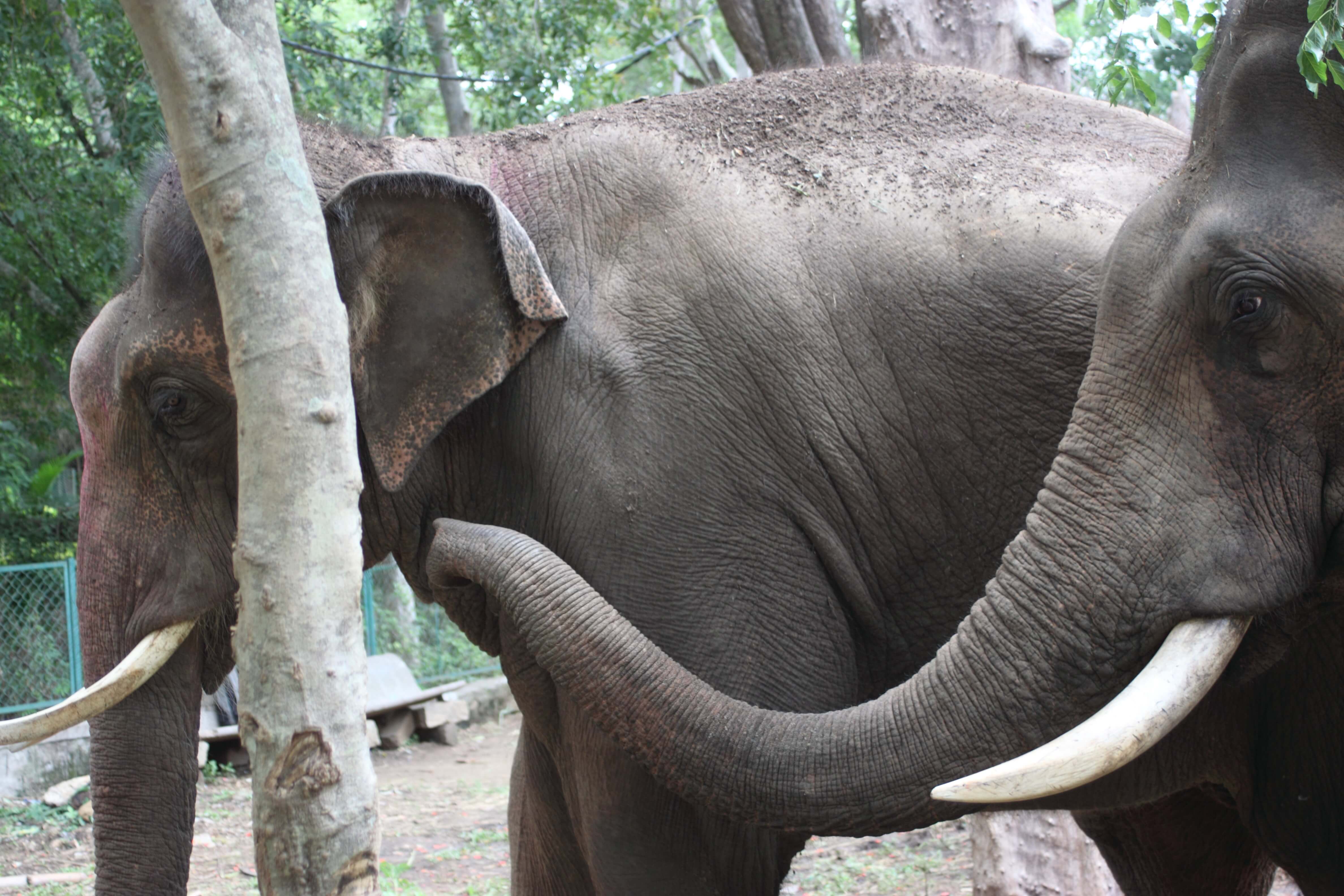 Van Raj reaches out to Sunder. 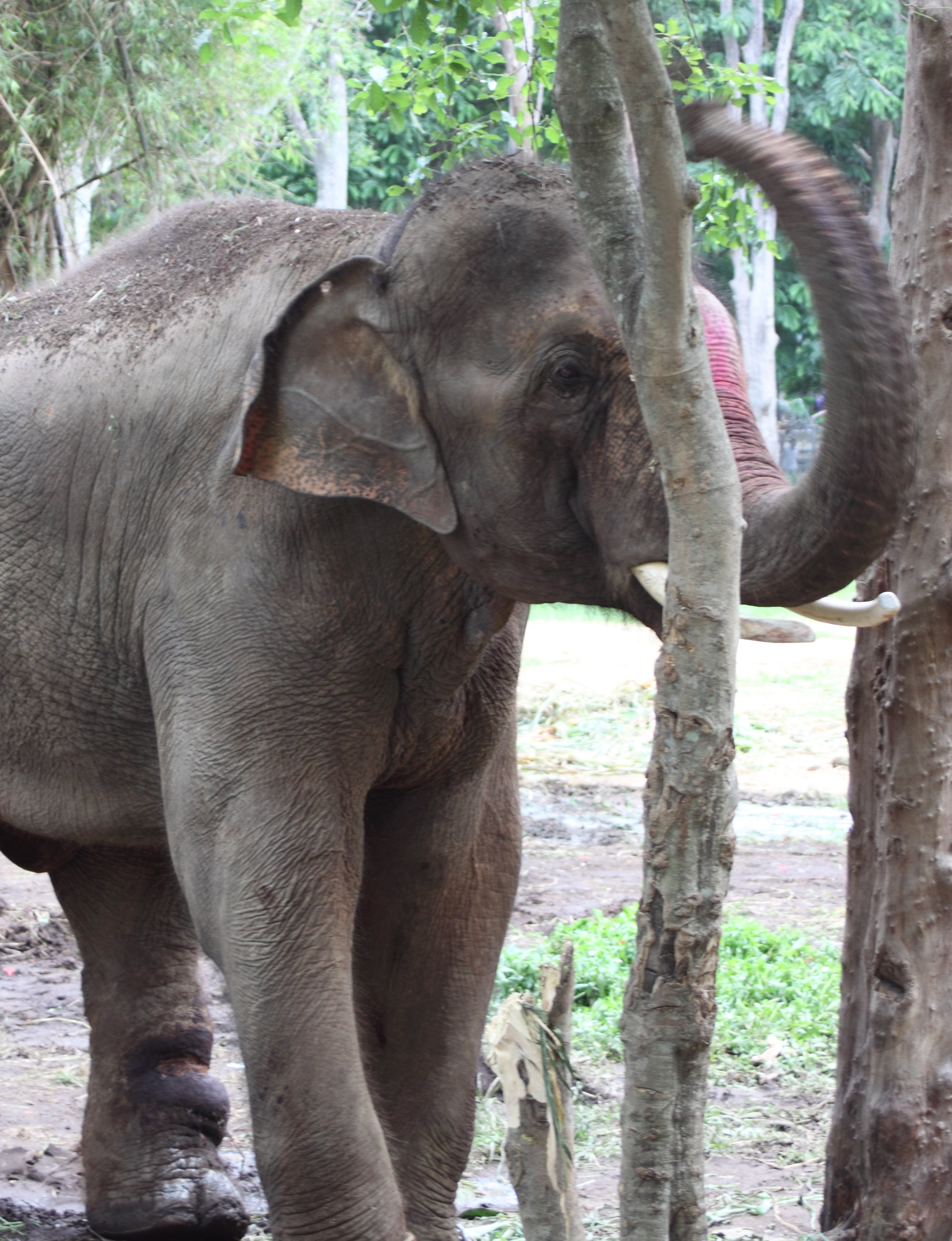 Sunder’s leg is still healing from the abuse he endured. Veterinarians, however, report that he is recovering. 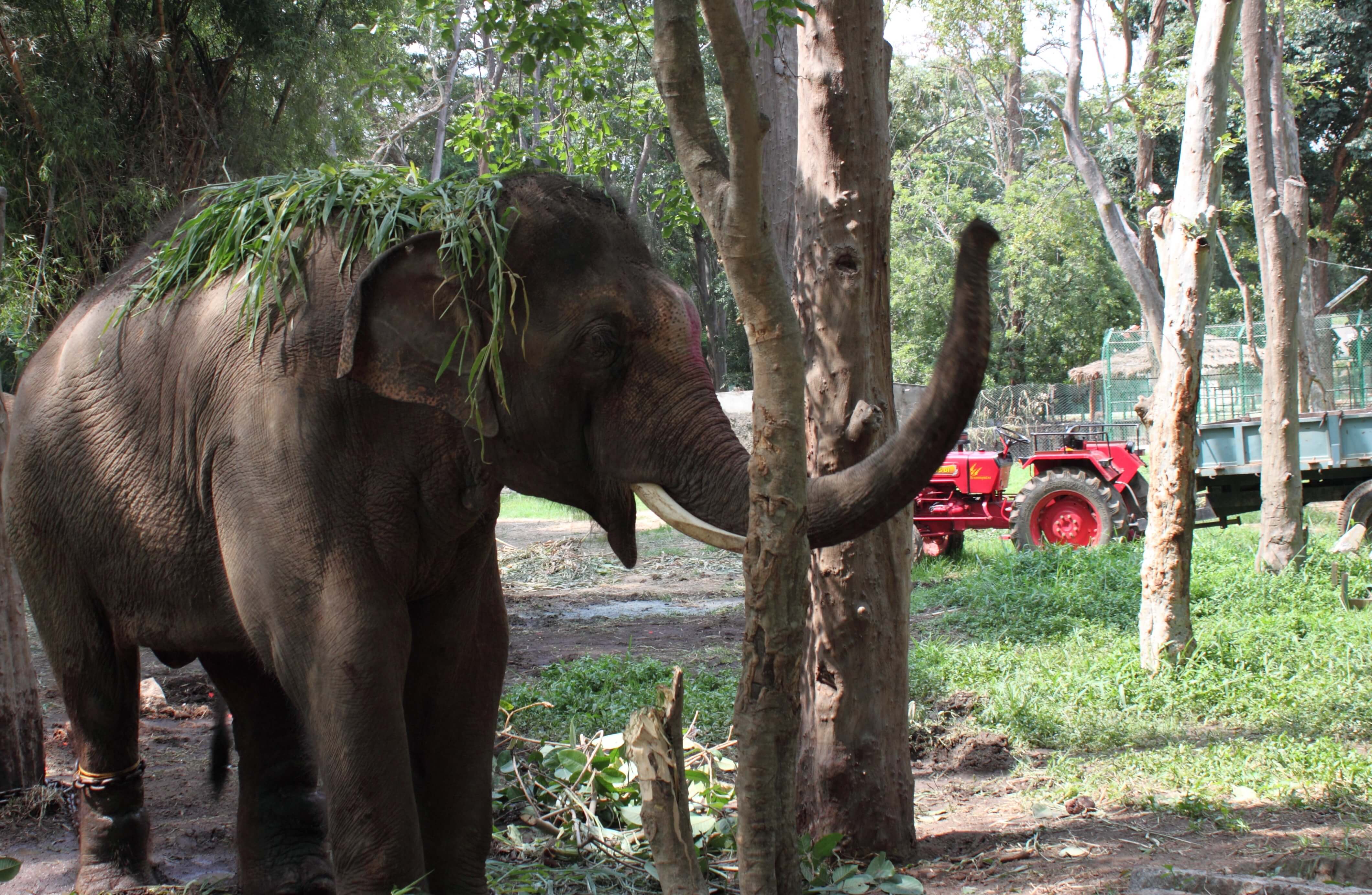 Officials at the park have given PETA permission to build a temporary enclosure inside the resting area for Sunder, where he can be kept without this kind of restraint during the night, can be managed during treatment and protected from rain as useful for the treatment of his injury. 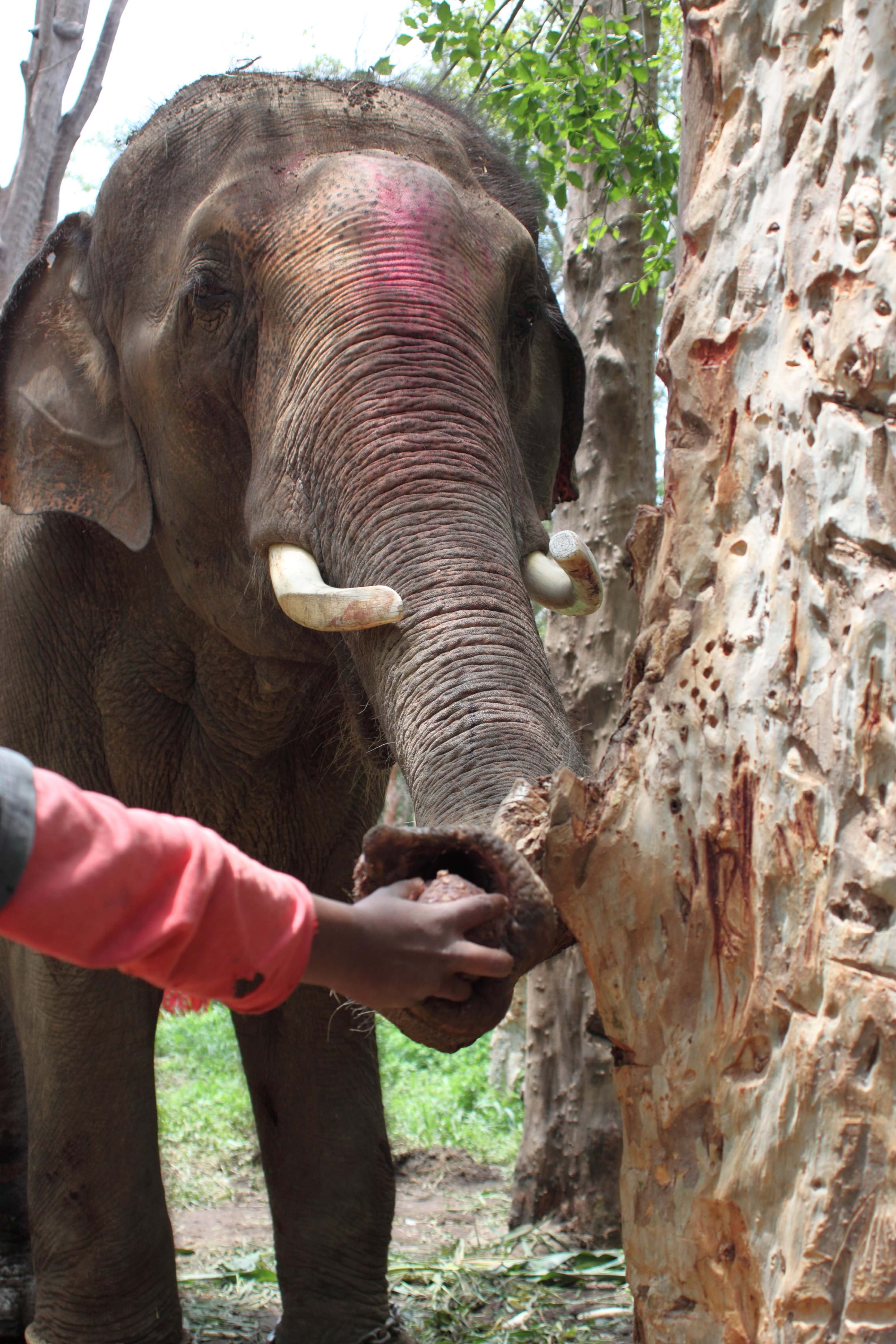 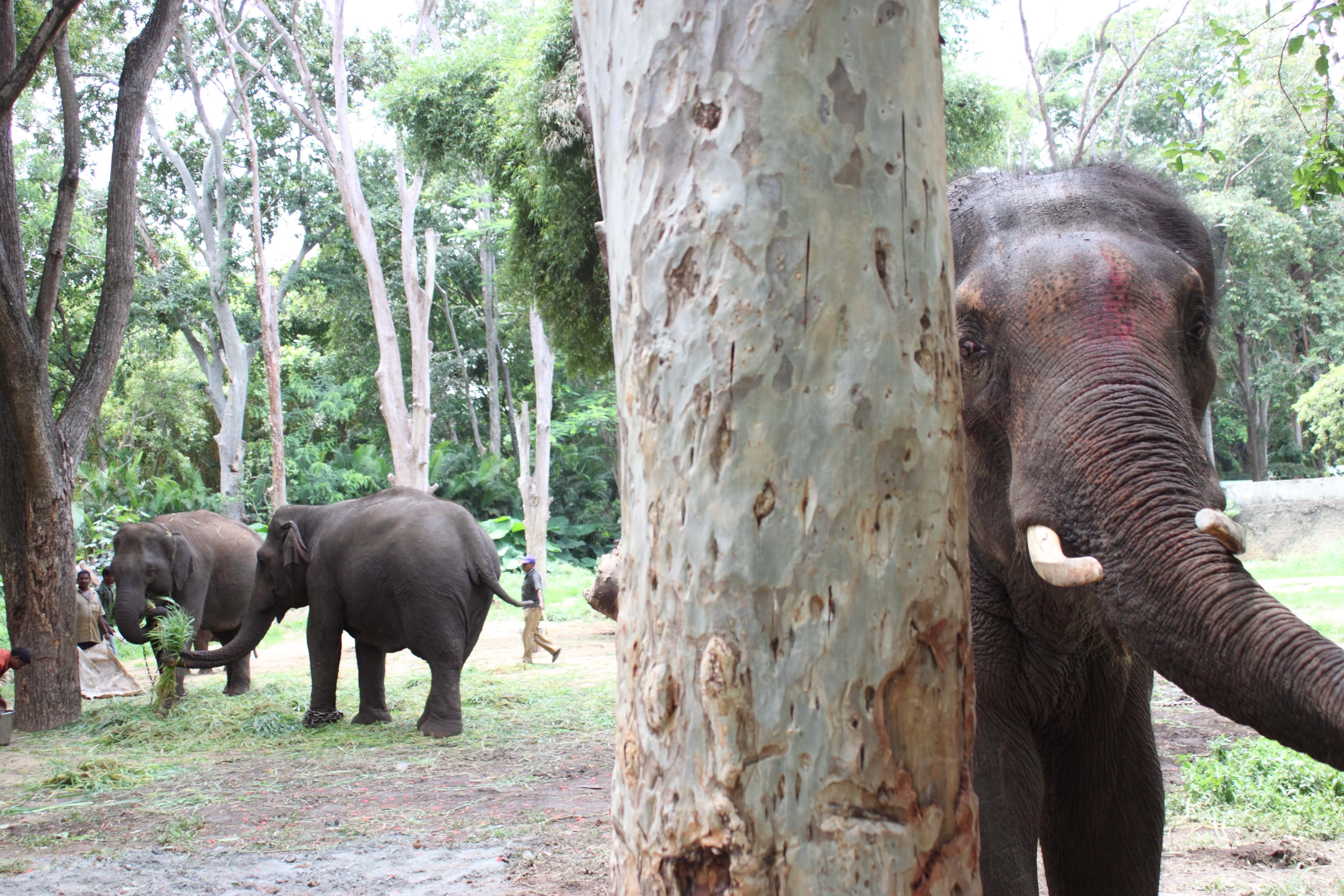 Some of Sunder’s new family are being fed nearby so that he can get used to seeing them. Although the elephants are generally permitted to walk around on their own, they may be loosely restrained during feeding, when the mahouts need to keep them together (or separate). However, park officials have promised to fence the massive perimeter so that they may phase out such restraint. 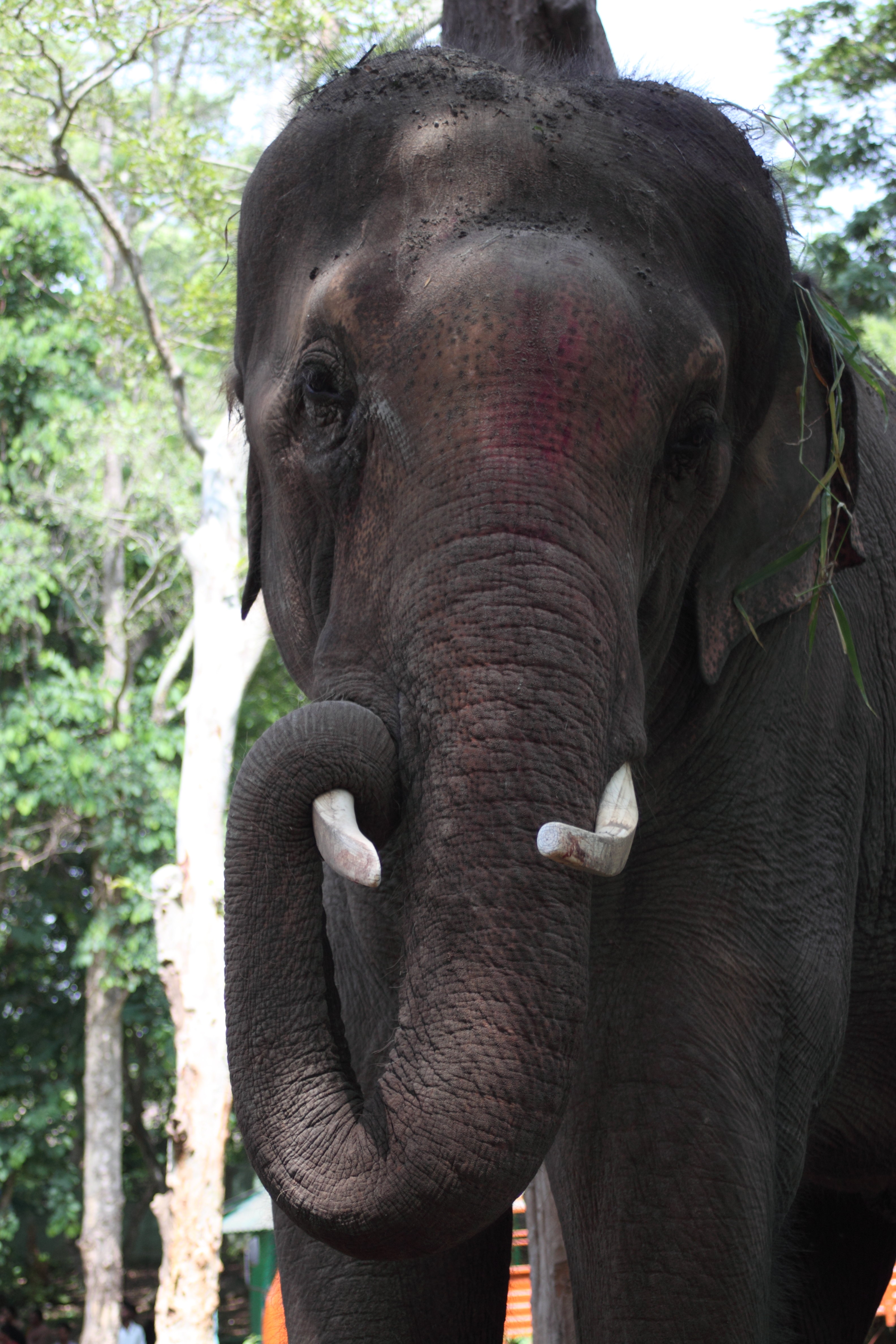 Sunder enjoys twirling his trunk around his tusk. 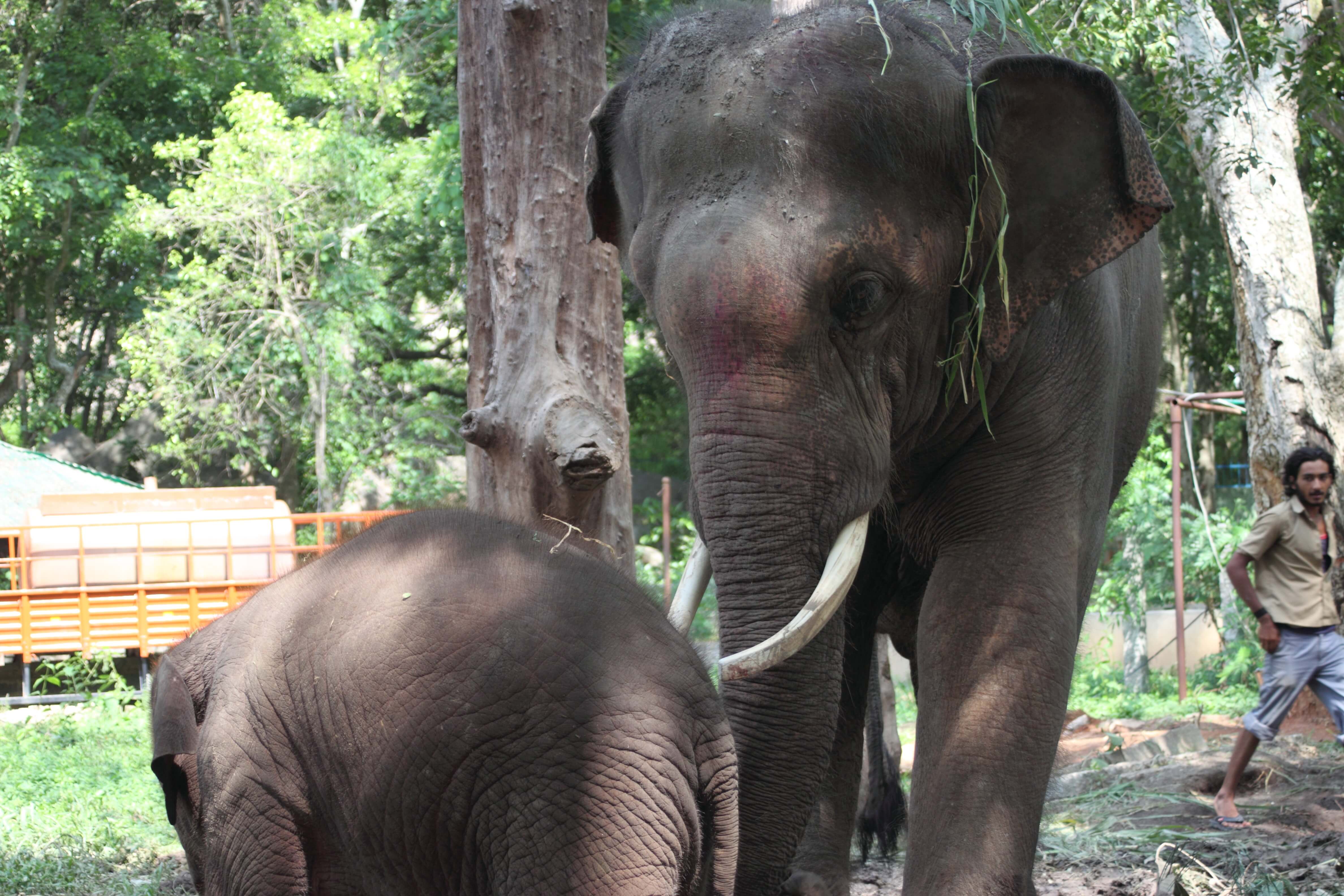 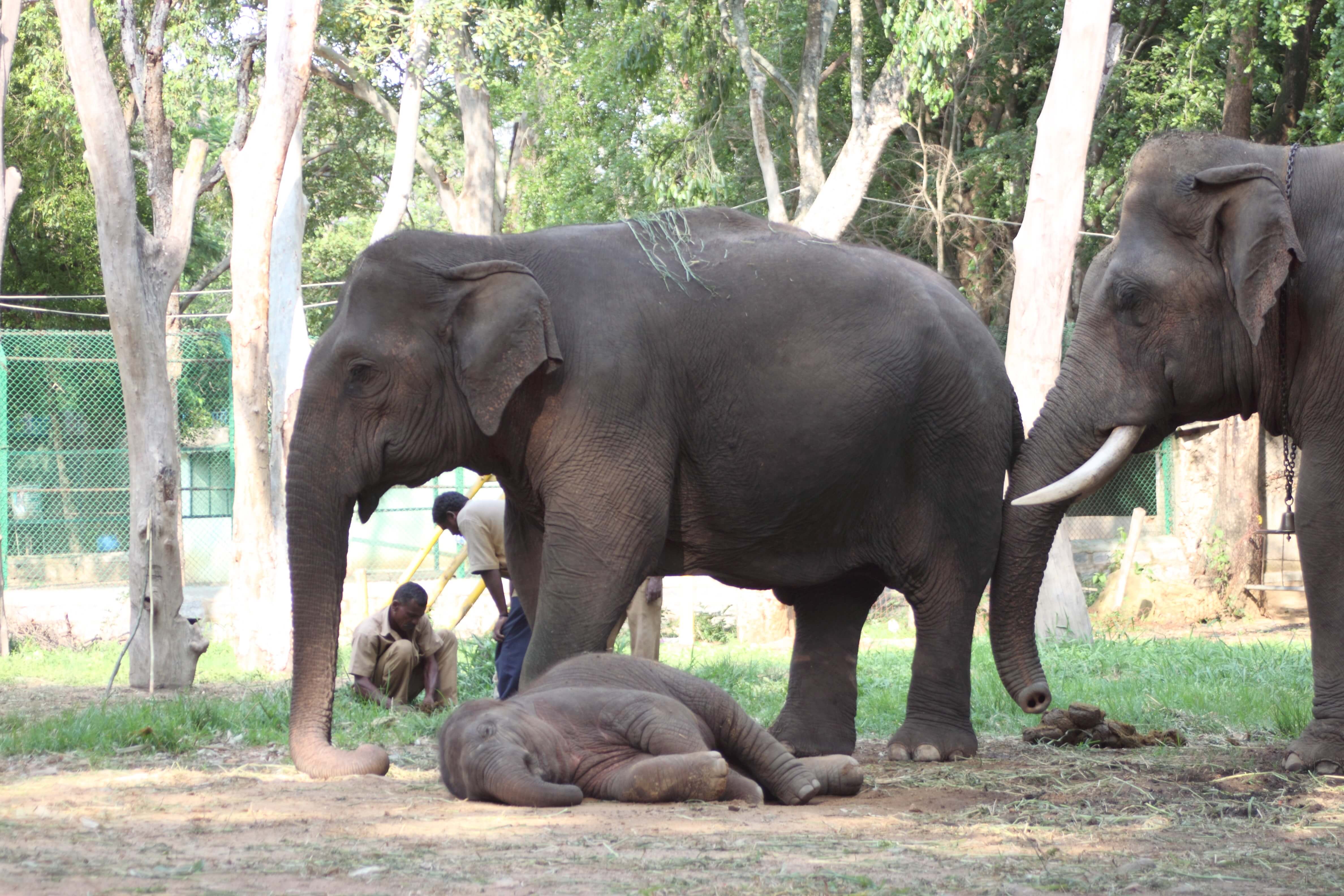 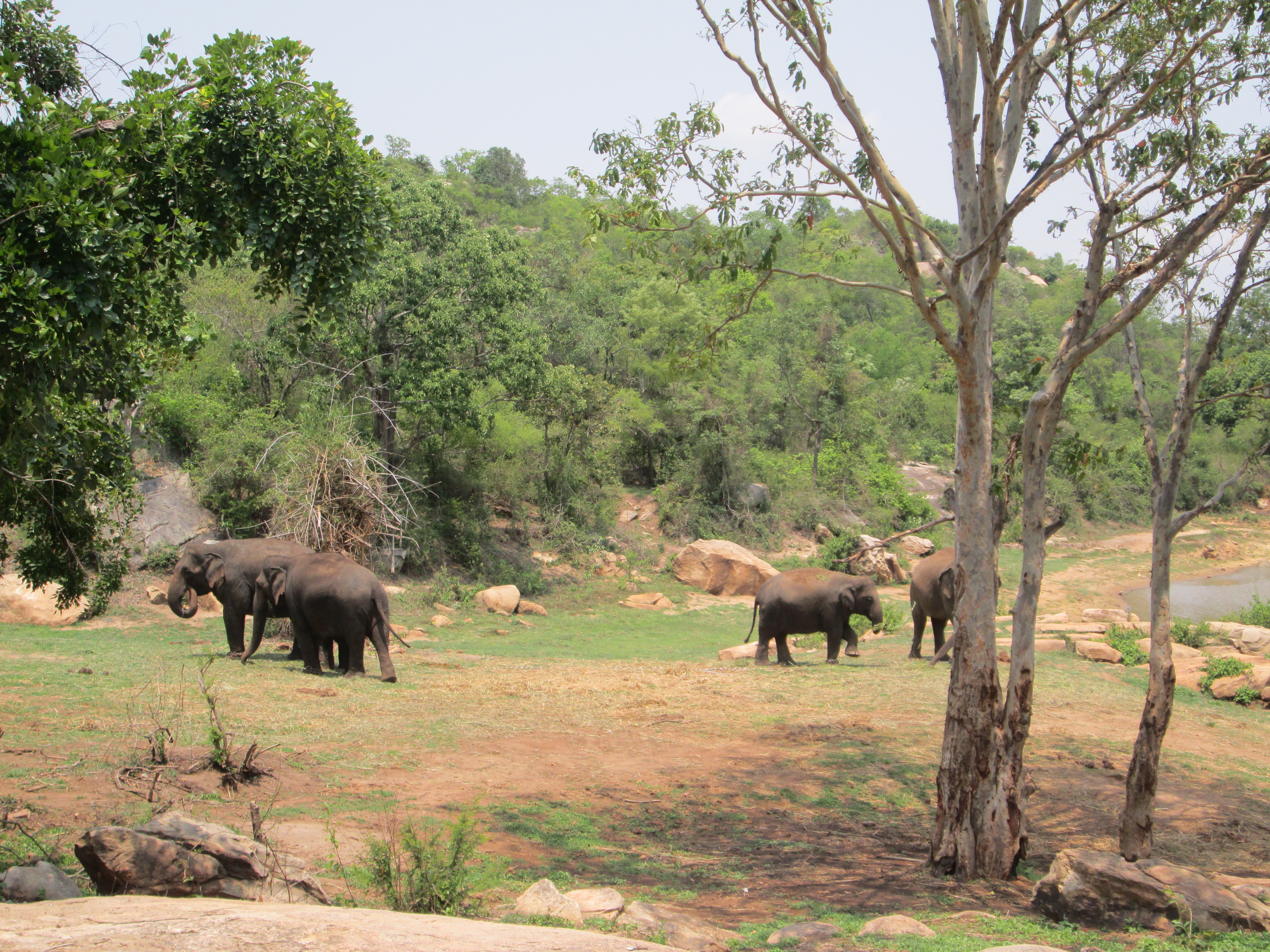 Sunder will soon be able to join his new family in the park.