Elephant experts have repeatedly documented the depth and complexity of elephant society. Aunts babysit, mothers teach youngsters life skills (such as how to use different kinds of leaves and mud to ward off sunburn and insect bites), adults share news and gossip and resolve disputes, and elephant relatives mourn their dead. Elephants have the largest brains of any land mammal on Earth, and they think, plan, and remember. Elephants truly never do forget – their memories are extraordinary.

So imagine the pain and sorrow elephants feel when separated from their loved ones and forced to live chained in servitude. Everything that gives their lives meaning has been taken from them.

These photos will make you think twice before using elephants for performances:

Elephants perform tricks in the circus, not because they want to but because they’ve learned if they don’t obey, they will be painfully hit with metal-tipped ankuses. When not performing, they spend countless hours chained in sweltering, reeking trucks traveling from venue to venue.

At festivals throughout India, eyewitnesses have documented that elephants are hit with ankuses, sticks, and makeshift wooden knives. At one event, a mahout repeatedly jabbed a baby elephant behind the ear to force her to “play” soccer. Right after the match, eyewitnesses saw that she had several fresh, painful, bloody wounds. 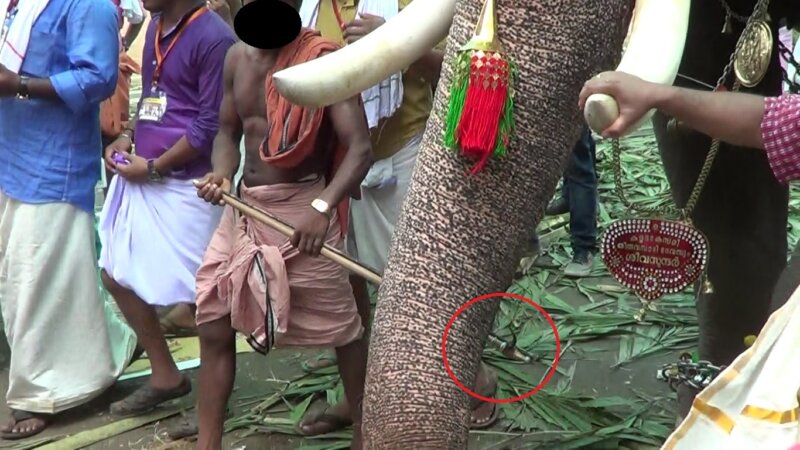 Elephants have spent decades chained outside temples throughout India. Inspections of temples around the country documented one horror story after another: elephants with severe, untreated injuries; infected wounds; and illnesses and deformities from maltreatment. Some elephants are partially or fully blind. Often chained by all four legs, they are forced to stand in sweltering heat with little food or water. 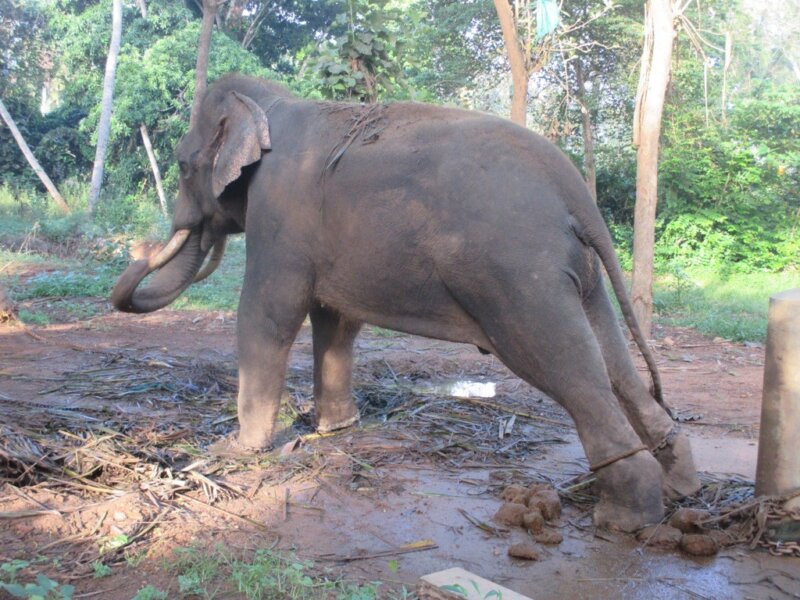 Elephants are forced to stand for hours at a time in hot, humid weather, without adequate protection from the sun. Standing for hours on end in their own faeces and urine leaves them prone to foot diseases and other parasitic and infectious diseases. They often develop painful arthritis and die far short of their normal life expectancy. 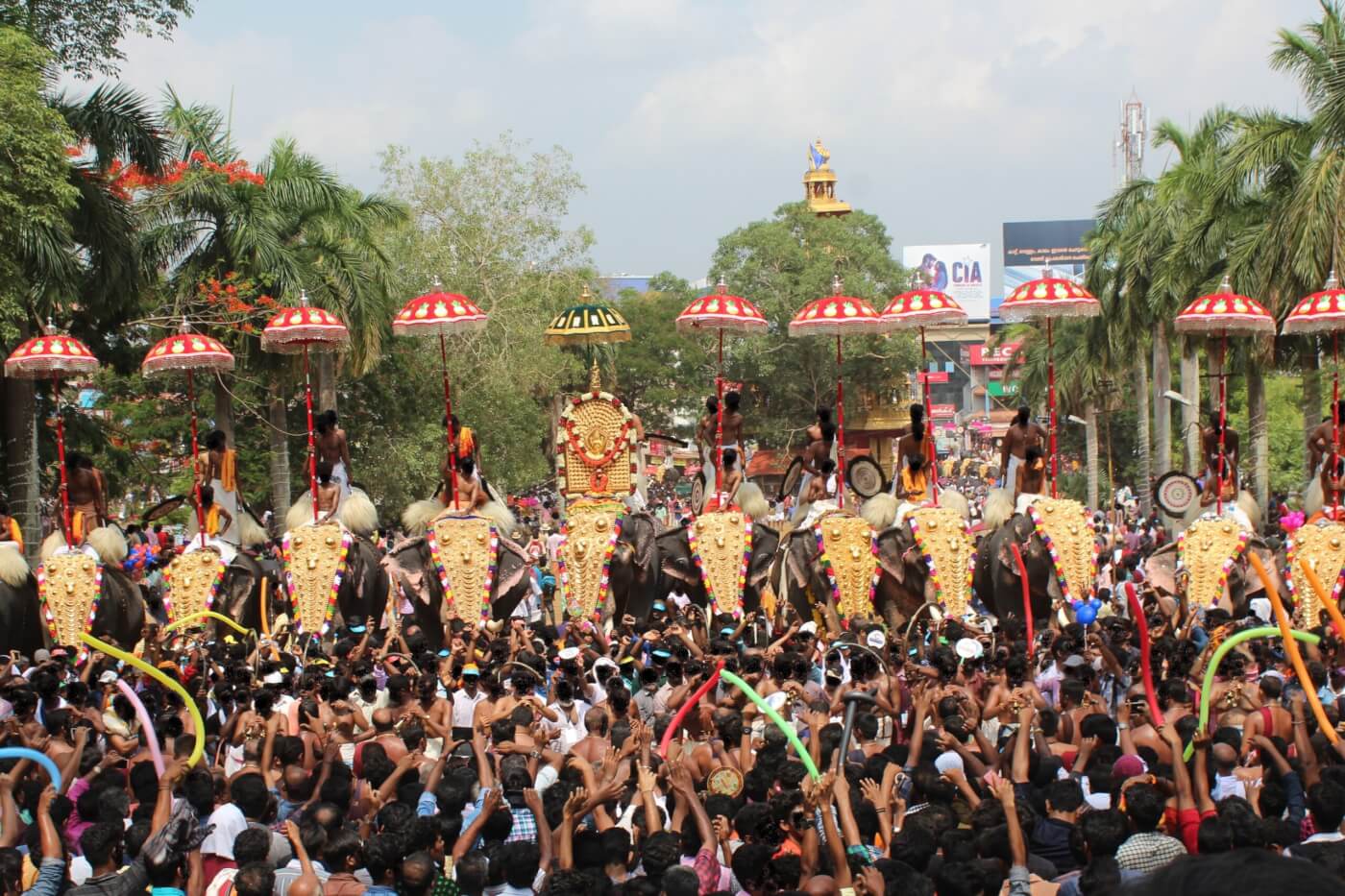 About 100 elephants are forced to carry tourists back and forth from the entrance to the main gate at Amer Fort in Jaipur. The mahouts carry sticks to jab elephants in order to ensure that they obey. Many elephants suffer from serious and even life-threatening foot disease, and many are visually impaired. Holes have been punched in the sensitive ears of some, and holes are drilled into their tusks so mahouts can hang decorative ribbons from them. 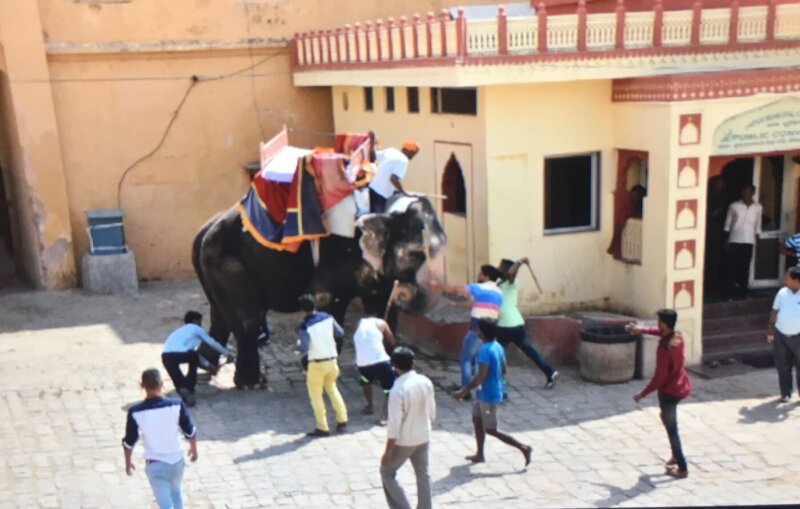 Elephants who are forced to “work” the streets spend the entire day – and much of the night – walking on scorching-hot, pothole-ridden roads, breathing in exhaust fumes while “begging” for food in return for “blessings”. They’re often crippled with painful foot and toenail disease, sleep-deprived, malnourished, and denied opportunities for social interactions with their families, swimming, and making choices about their lives. 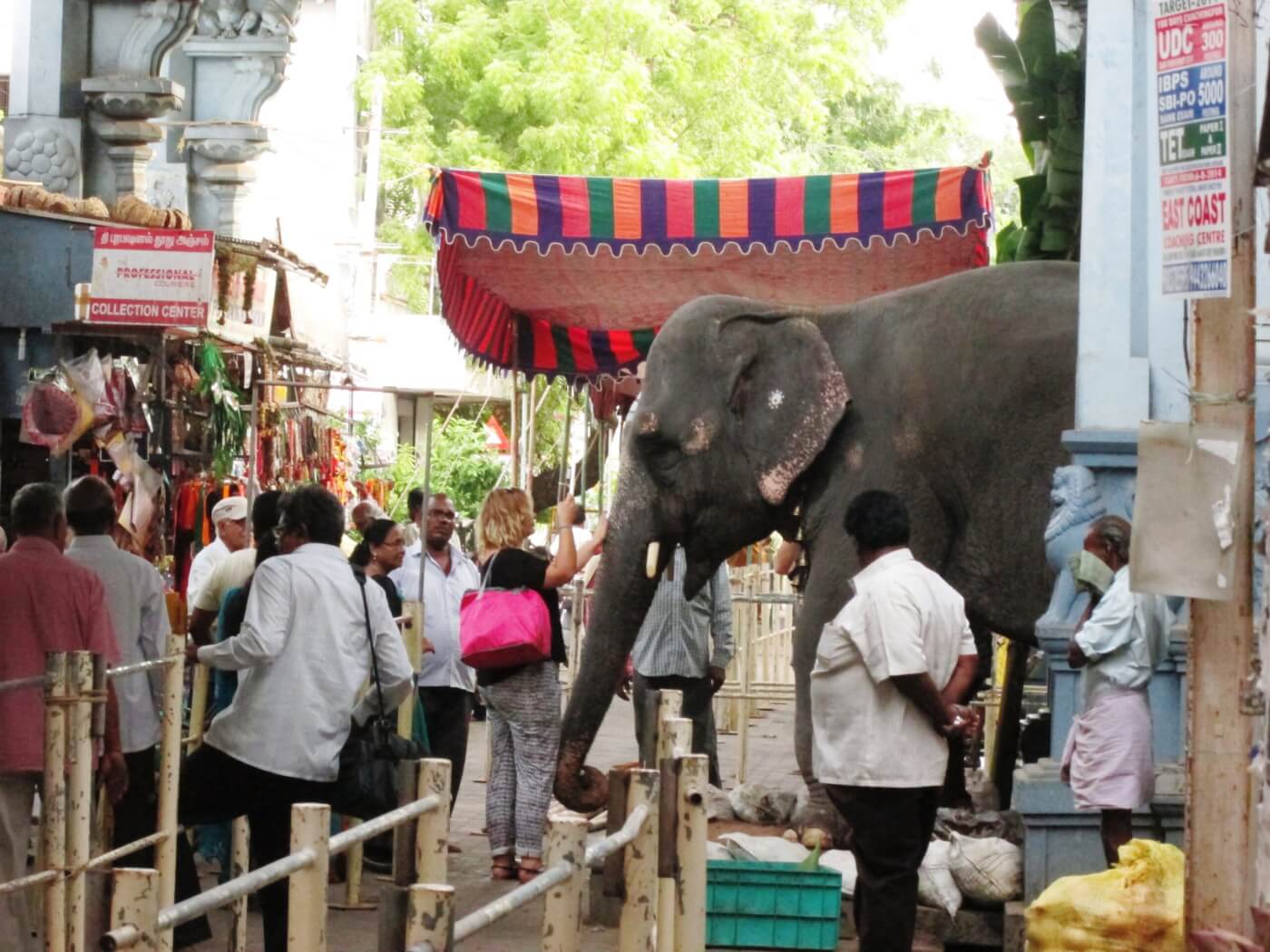 PETA Asia’s exposé revealed that elephants are abused in training as well as repeatedly beaten and gouged with sharp metal-tipped bullhooks during polo matches. 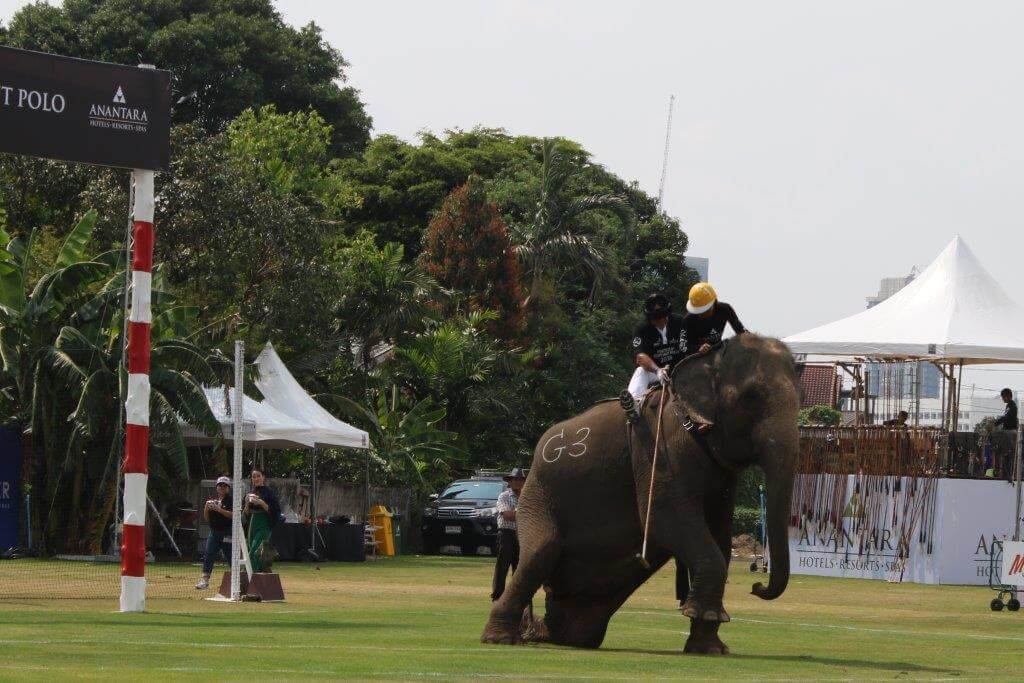