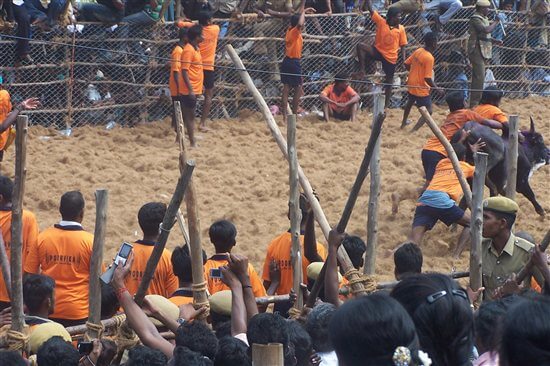 Jallikattu is a gruesome “sport” that is organised in certain districts of Tamil Nadu.

During this event, local residents chase and taunt frightened bulls in an attempt to grab prizes tied to their horns. The bulls are hit and prodded with sticks and other objects, pushed, kicked, hit and wrestled to the ground. 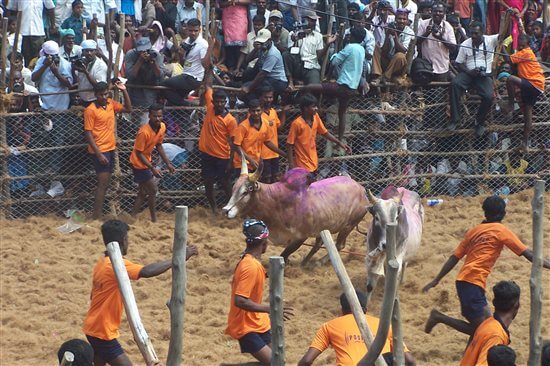 PETA will do whatever it takes to get this horrific event banned. We have filed a petition with the Supreme Court against the Tamil Nadu Regulation of Jallikattu Act No 27 of 2009, a state law that permits Jallikattu, pointing out that this cruel event both violates the spirit of the national Prevention of Cruelty to Animals Act 1960 and causes numerous human injuries and deaths every year to human participants and spectators. PETA representatives discussed the issue recently at a news conference in Chennai.

Want to help us spare bulls from this cruelty? Please write a letter today to the Chief Minister of Tamil Nadu calling for a Jallikattu ban.