If you were in the Bandra West neighbourhood of Mumbai today, you might have seen PETA founder Ingrid Newkirk caged and surrounded by “chickens” outside American chicken-meat restaurant chain KFC next to a sign reading, “Against Cruelty? Go Vegan”. She wanted to bring a powerful message to Mumbai at the start of World Vegan Month: that chickens killed for food experience immense stress and deprivation in filthy, cramped cages or sheds long before they’re shipped to a painful death at a slaughterhouse. 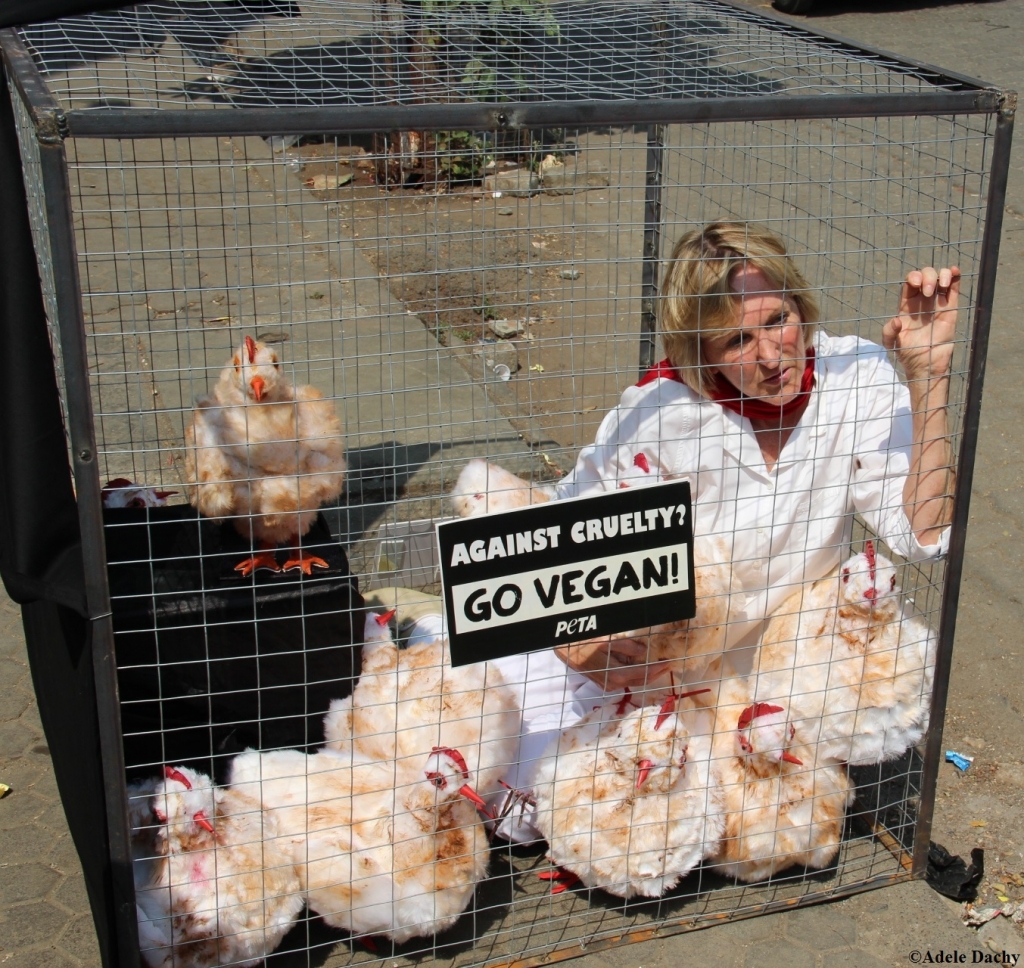 “What did a chicken ever do to us to deserve such abuse?” Newkirk asks. “These sensitive, intelligent animals have feelings, families and friendships, just as we do, and if we can’t imagine sitting in a cage awaiting a painful death, we have no right to force any animal to die for our taste buds.”

Chickens on factory farms are crowded by the tens of thousands into filthy sheds that reek of ammonia from their accumulated waste. At slaughter, their throats are sawn with a dull knife and their bodies are dunked into scalding-hot water in order to remove their feathers, often while they are still conscious. Other animals slaughtered for meat are crammed into vehicles in such large numbers that many are severely injured or die outright en route to the slaughterhouse. The animals are hit, dragged and cruelly handled and are often denied basic necessities, such as food and water.

Raising animals for food is a leading cause of water pollution, land degradation and the greenhouse-gas emissions that cause climate change.

Still up for that chicken drumstick? We hope you’ll stand with us to speak out against the suffering of chickens raised for food. Going vegan is the only compassionate choice.