During a High Court of Bombay hearing on 3 March 2014, PETA’s lawyers Shiraz Rustomjee and Rohan Rajadhyaksha presented findings by elephant experts Dr EK Easwaran, Assistant Director of the Department of Animal Husbandry in Kerala, and Dr Yaduraj Khadpekar, senior veterinary officer of Wildlife SOS, who visited the 14-year-old elephant named Sunder on 19 February and argued that he is kept so severely chained that he’s unable to lie down. 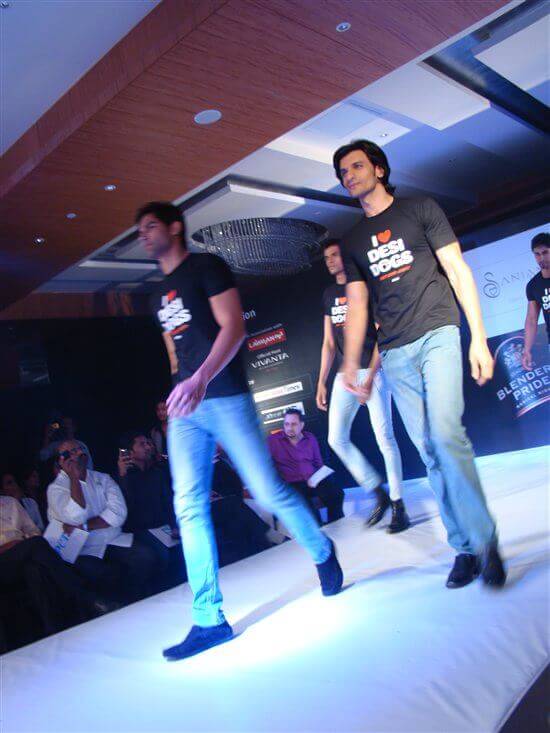 The findings showed that Sunder is displaying signs of severe frustration and mental distress, manifest as constant head-wobbling, swaying and other abnormal repetitive movements. As per the report and evidence submitted to the court, Sunder was displaying aggressive behaviour only towards his own mahout, Hyder Abu Bakr, and no aggression towards other people during the inspection, indicating that Sunder feels threatened by the mahout. Sunder is at the centre of a case in which PETA is calling for his release to a sanctuary.

Member of the Legislative Assembly Vinay Kore donated Sunder to the Jyotiba temple in 2007, and the elephant has been kept chained since then. In December 2013, PETA obtained video footage showing that Sunder’s mahout violently beat him with a pole near a poultry shed, where he had been moved at Kore’s behest. That same month, the High Court of Bombay ordered Sunder’s transfer to a sanctuary, but he has yet to be released by Principal Chief Conservator of Forests Sarjan Bhagat. Kore and the Kolhapur Division of the Forest Department claimed Sunder was not being transferred because he is in musth (a period of heightened sexual urge, which can make captive bull elephants aggressive from frustration) and therefore cannot be transported.

However, the recent experts’ report clarified that Sunder is not showing signs of a normal musth condition but of moda (or adolescent) musth and pointed out that Sunder can be transported to a sanctuary and should be, in order to avoid further damage to his mental health. The report also confirmed that Sunder’s current housing facilities are grim and do not even meet the minimum basic standards.

After hearing the arguments by Mr Rustomjee and seeing the experts’ report, the court acknowledged that the mahout is untrained and that it is cruel to keep an elephant chained in this way.

Among the stars who have taken to Twitter or joined the #FreeSunder campaign in other ways are Amitabh Bachchan, Madhuri Dixit, Arjun Rampal, R Madhavan, Gulshan Grover and many others.

The matter has been adjourned to 11 March 2014 for the final hearing.

PETA continues to call for Sunder to be released to a sanctuary, where he can live unchained and in the company of other elephants. 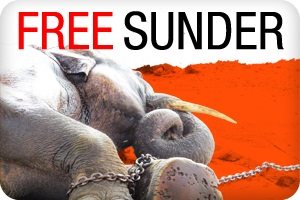