In August 2016, an inspection of the Ghazipur slaughterhouse – which is said to be one of India’s largest run by a municipal corporation and which is used for domestic and export purposes – was conducted by Satya Sharma, the Mayor of the East Delhi Municipal Corporation (EDMC), in the presence of an Additional Commissioner of the EDMC and the Director of Veterinary Services of the EDMC, both of whom also supervise the functioning of the slaughterhouse. Also present were animal-welfare experts of the Delhi Slaughterhouse Monitoring Committee, appointed by the Supreme Court of India, including representatives from People for the Ethical Treatment of Animals (PETA) India and People for Animals. The slaughterhouse functions under the supervision of the EDMC and is leased to Allana, an exporter of processed foods, including meat.

The inspectors witnessed numerous atrocities at the slaughterhouse. 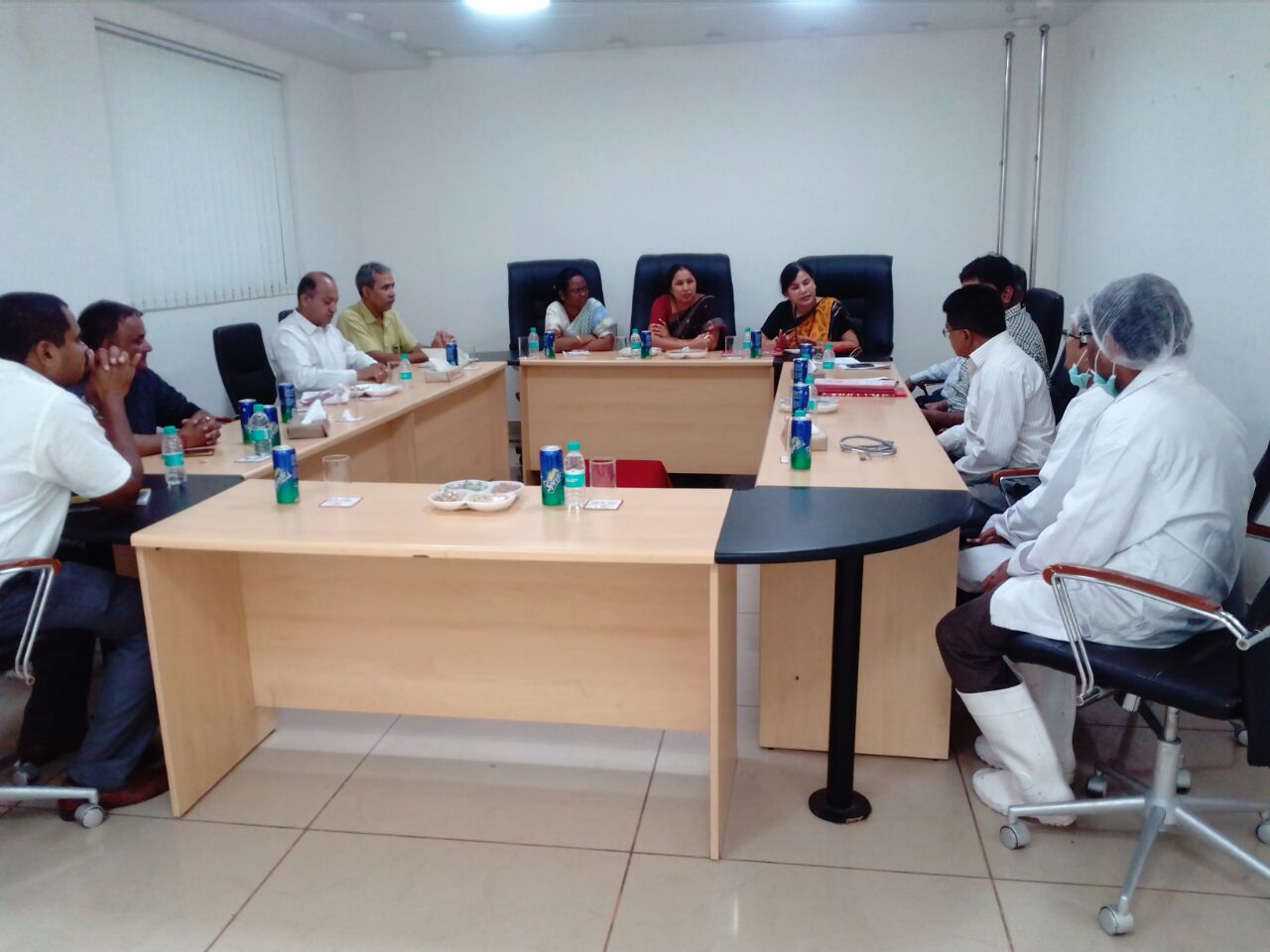 The Mayor and inspectors met with slaughterhouse personnel.

Inspectors found that electric shocks with a live wire were administered to force cattle to move towards the slaughter hall. Even though stunning is mandatory under the Prevention of Cruelty to Animals (Slaughter House) Rules, 2001, and the Food Safety and Standards (Licensing and Registration of Food Business) Regulation, 2011, animals were not stunned before their throats were cut and they were hoisted upside down on hooks. The animals were videotaped kicking and struggling, even as they were being bled out. 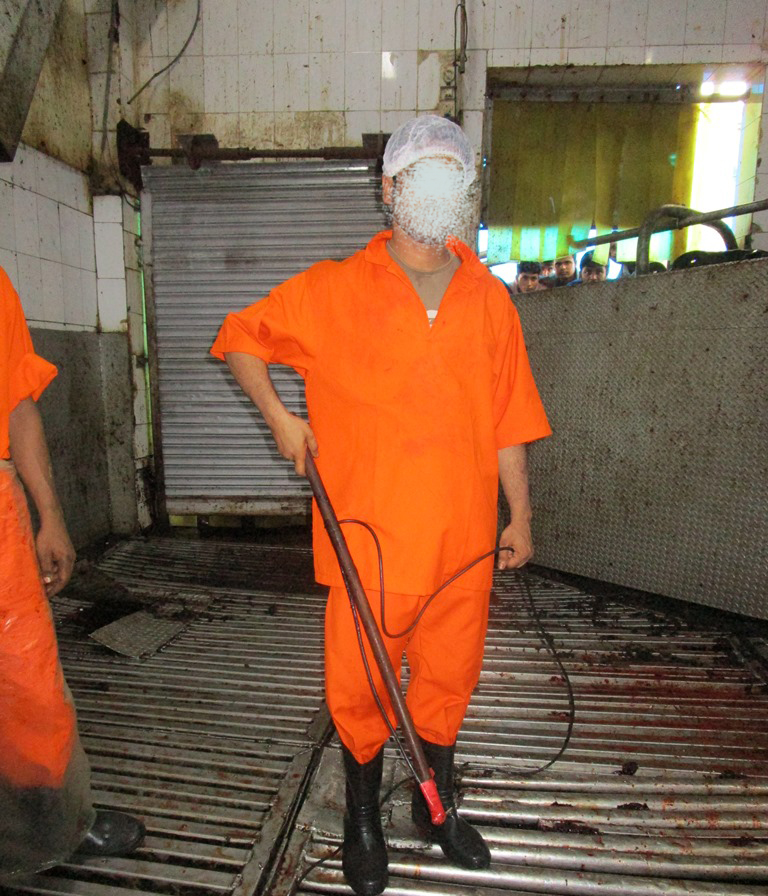 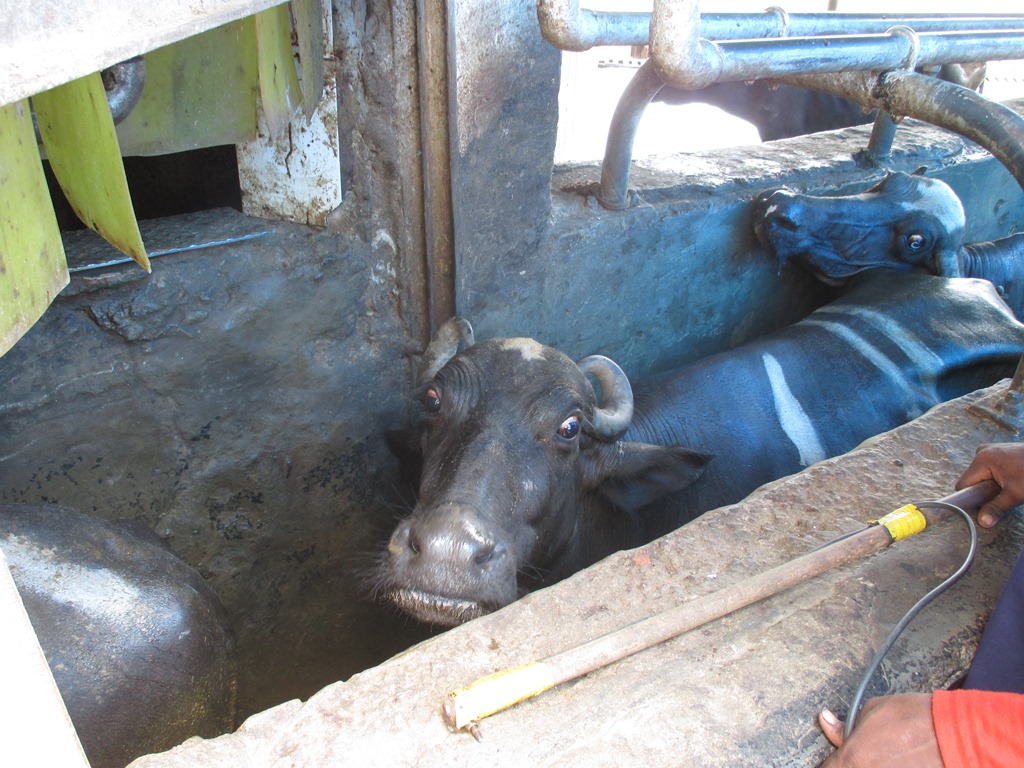 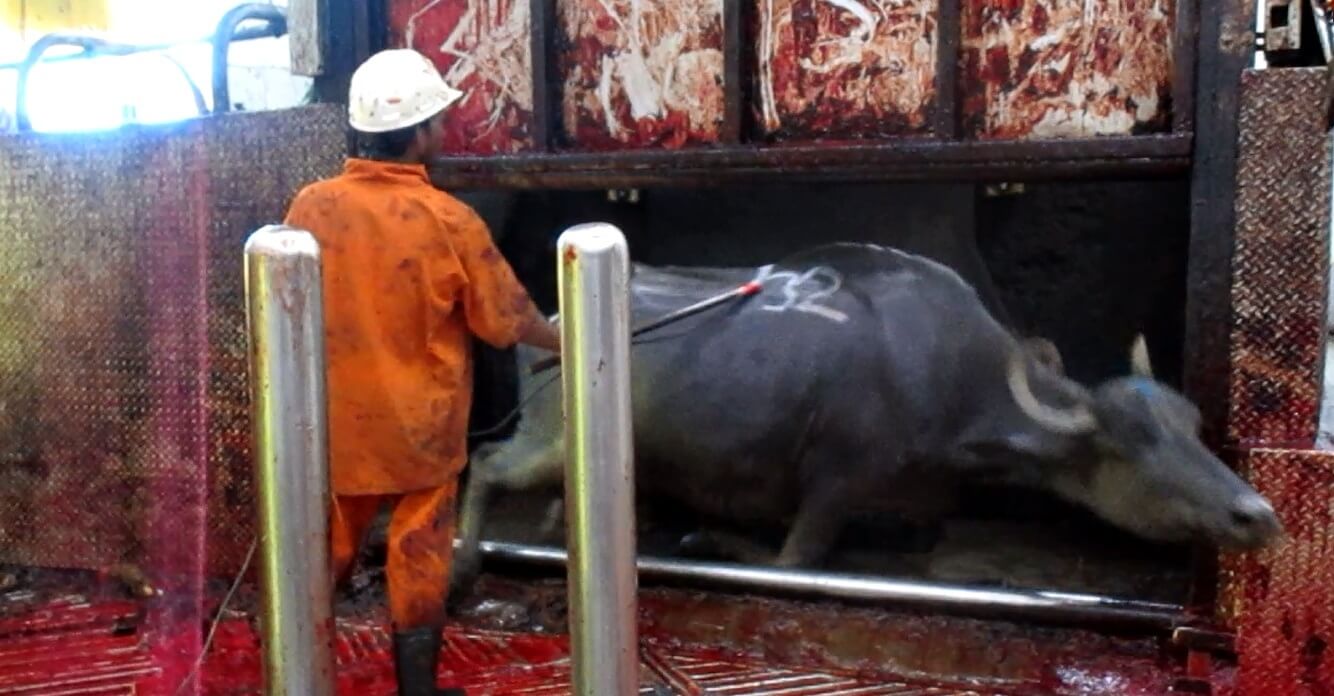 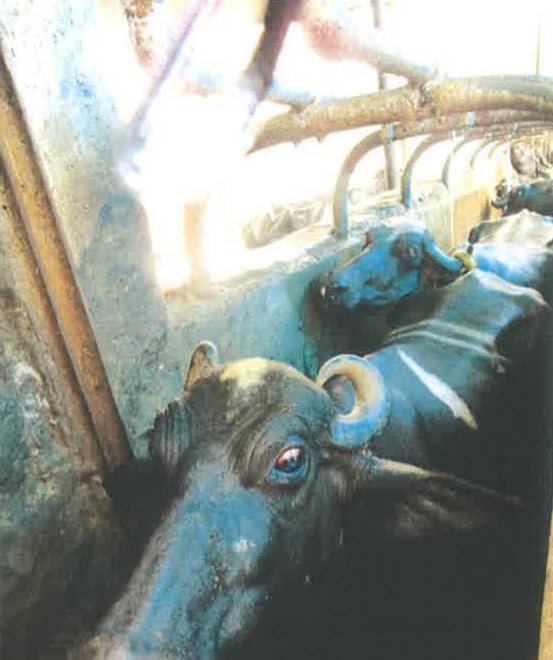 This buffalo was wide-eyed with fear.

In apparent violation of the Prevention of Cruelty to Animals (Slaughter House Rules), 2001, animals were killed in view of each other, causing animals waiting in line to try to retreat out of fear.

Observers also saw that no feed was offered to animals in the lairage or waiting area; that water troughs were dirty and empty and that some were inaccessible to animals; that buffaloes, most of whom originate in the dairy industry, were held in crowded conditions; that pre-mortem examinations were not being done even on sick animals; that weak, sick, and debilitated animals were found in the lairage; that sheep were handled roughly, hit with a stick, and thrown from one pen to another; and that the passageway for sheep was extremely crowded. 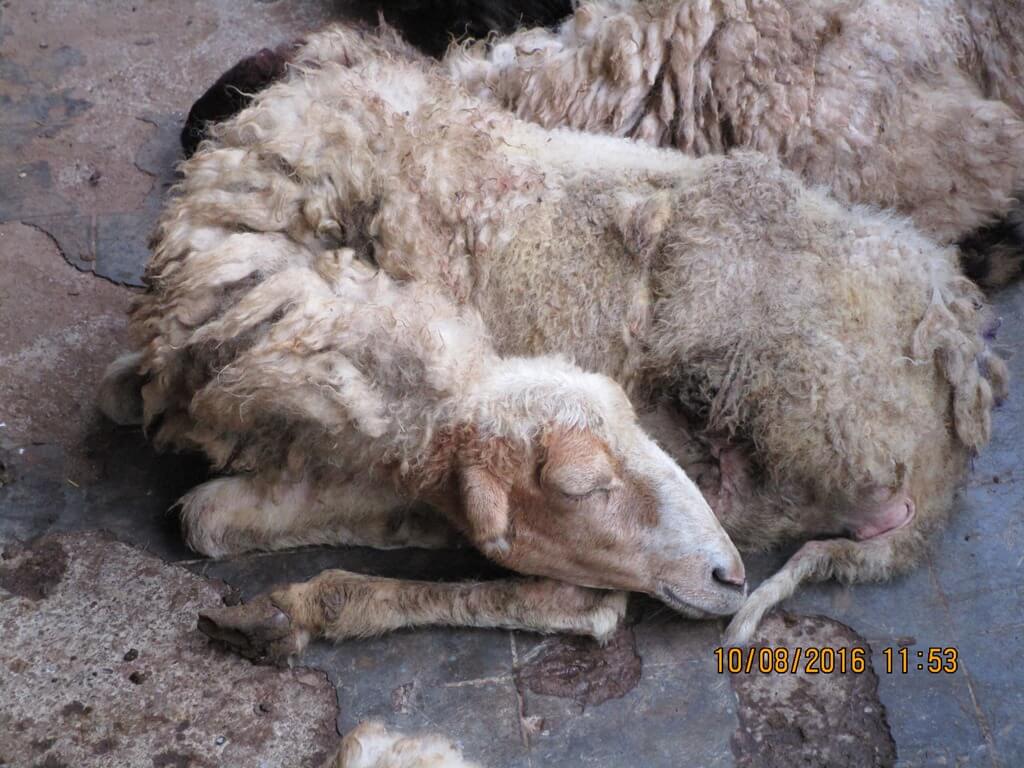 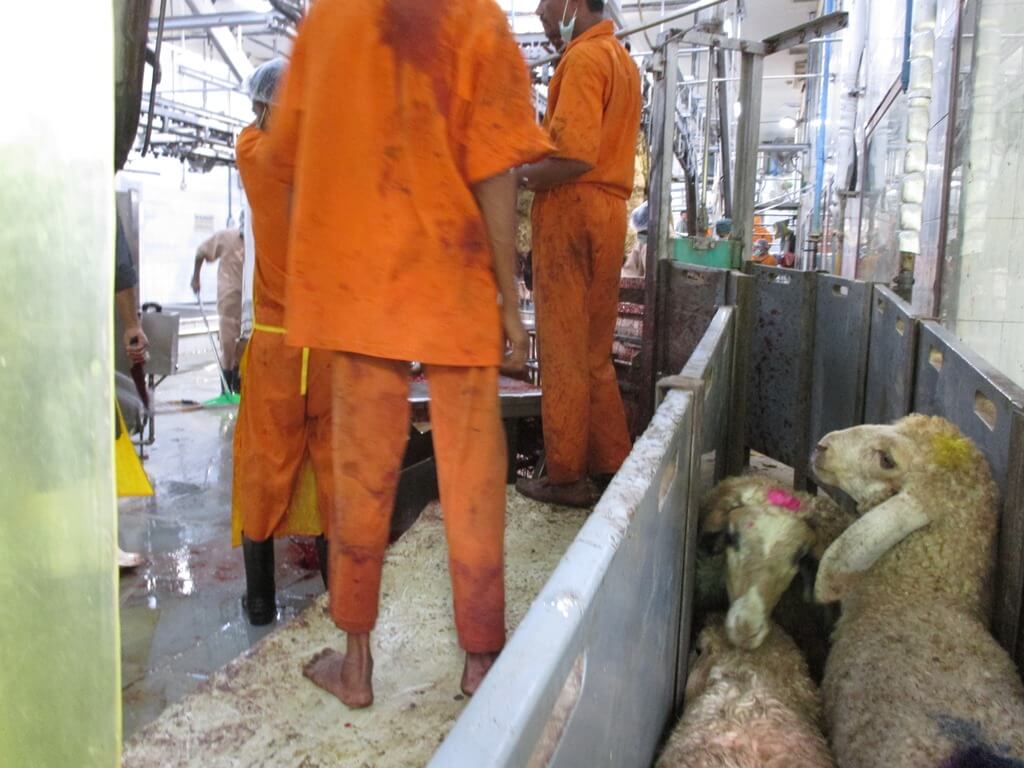 These sheep were waiting to be slaughtered.