PETA is kicking off its new campaign to promote vegetarian eating with an ad starring supermodel Dr Aditi Govitrikar wearing a form-fitting gown made of lettuce. It will debut on the cover of India’s top fashion magazine, Femina. Govitrikar will appear in the magazine wearing outfits made entirely of vegetables created by ace fashion designer Hemant Trevedi. The campaign was shot by India’s top fashion photographer, Atul Kasbekar. Aditi is the first female star to be featured in an ad for PETA India. 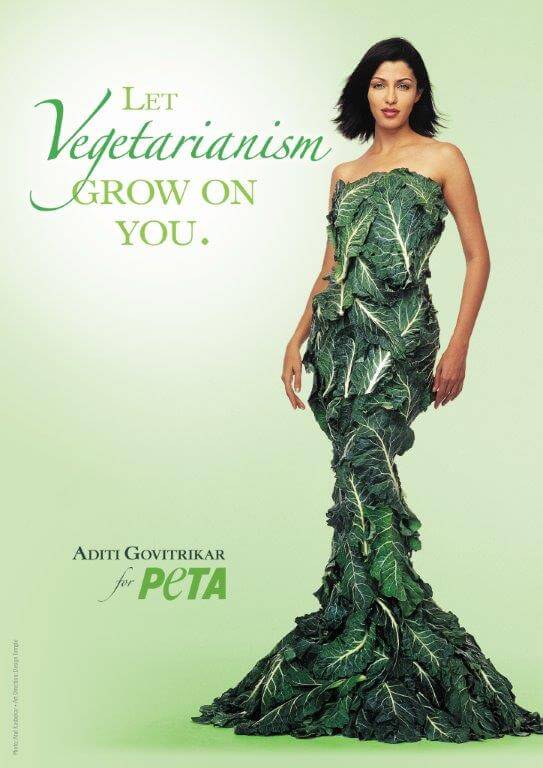 Dr Govitrikar says, “Being a doctor, as well as a model, I know that eating veg is the first and most important ingredient in keeping fit. If you eat chicken or other meat, you’re consuming toxins, fat, and cholesterol. Veg food is powered with all the vitamins and protein you need to be at your best.”

Millions of people worldwide are making the switch to vegetarian eating as they recognise the cruelty involved in meat production and the link between meat-eating and burgeoning rates of heart disease, cancer, and strokes.

Did you know that you could save many animals just by adopting a meat-free diet? Order our FREE vegan starter kit today!