During Lakmé Fashion Week‘s Sustainable Fashion Day, Bollywood’s Sunny Leone unveiled her new ad for PETA India. It shows her “skin” being torn off – a reminder that more than a billion cows, buffaloes, and other animals are tormented, killed, and skinned every year for the toxic global leather industry. The ad was shot by ace photographer Avinash Gowariker. Leone’s outfit styling was done by Hitendra Kapopara, who was assisted by Sameer Katariya and Shikha Gupta. Her make-up was done by Devina Narang and her hairstyling by Rajni Rajpakshe. Her prosthetics make-up was done by Clover Wootton. 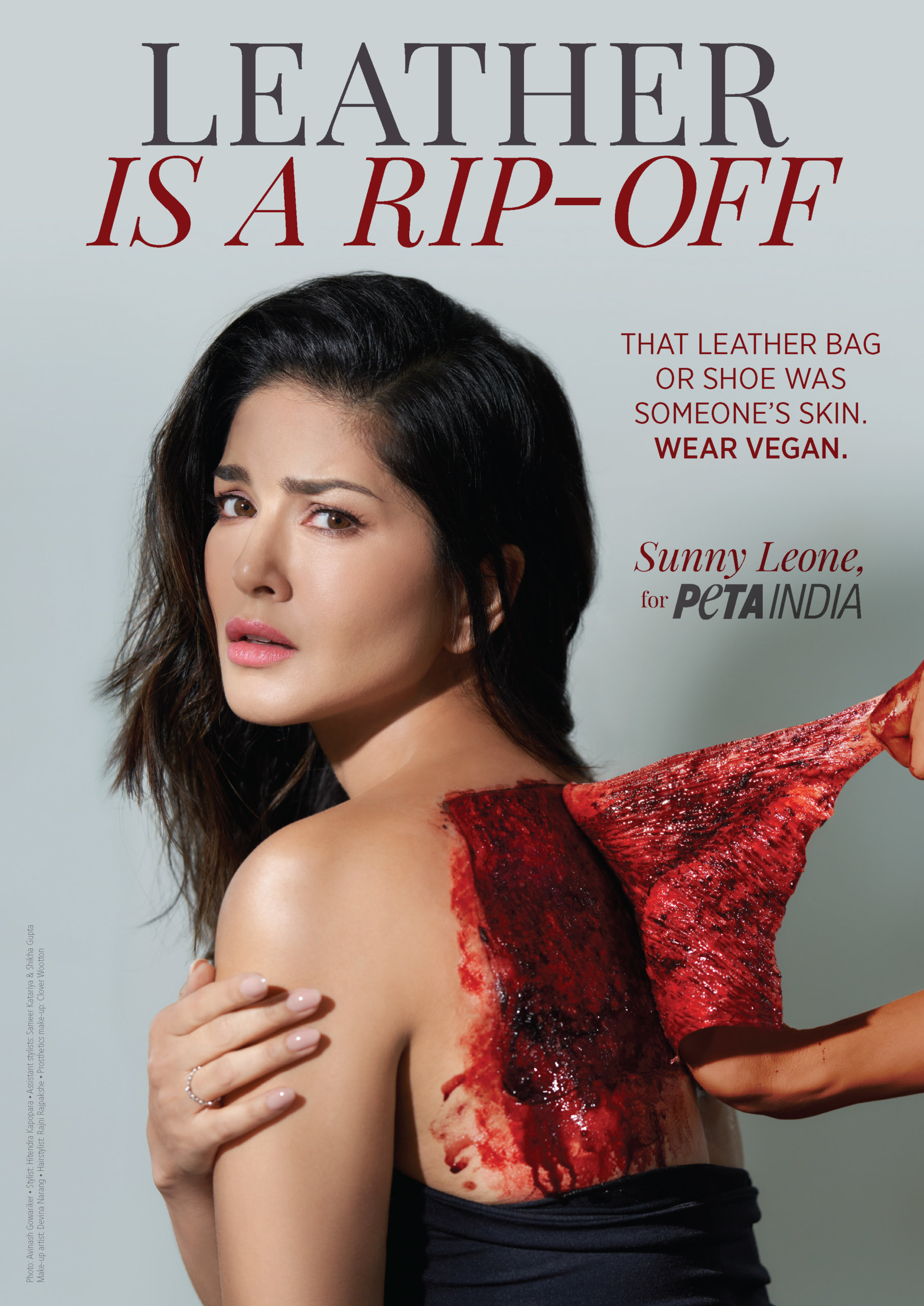 “With so many wonderful vegan shoes, bags, and jackets to choose from, there’s no reason to choose to hurt the environment and take a life by wearing an animal’s skin,” says Leone. “After learning about the horrors of leather production from my friends at PETA India, I vow to save animals and the planet by kicking leather to the curb and urge my fans to join me.”

Jaspreet Chandok, head of lifestyle business for IMG Reliance, said, “Sustainability is one of our key conversations at Lakme Fashion Week, with an entire day dedicated to it. This season we have made several strides in reducing our carbon footprint and will work towards a leather-free Sustainable Fashion Day next season! We are glad to partner with PETA India and look forward to their new campaign.”

Animals used for leather in India are often crammed into vehicles in such large numbers that their bones break. If they survive the journey to the slaughterhouse, their throats are usually cut in full view of other animals – and many are dismembered and skinned while they’re still conscious. To keep the skins from rotting, tanneries use a variety of caustic, toxic chemicals, which are often dumped directly into waterways. One of the most widely used chemicals in the tanning process is chromium, which can cause cancer in workers exposed to it. The waste from leather production also causes skin and respiratory disorders in people who work in and live near tanneries.

Vegan leather and other animal-friendly options are available at nearly all major shoe and clothing shops in the country. To help shoppers, PETA India offers a “PETA-Approved Vegan” logo that companies can use to label their vegan products.