Just when you thought Sunder’s story was the saddest ever, everything changes. 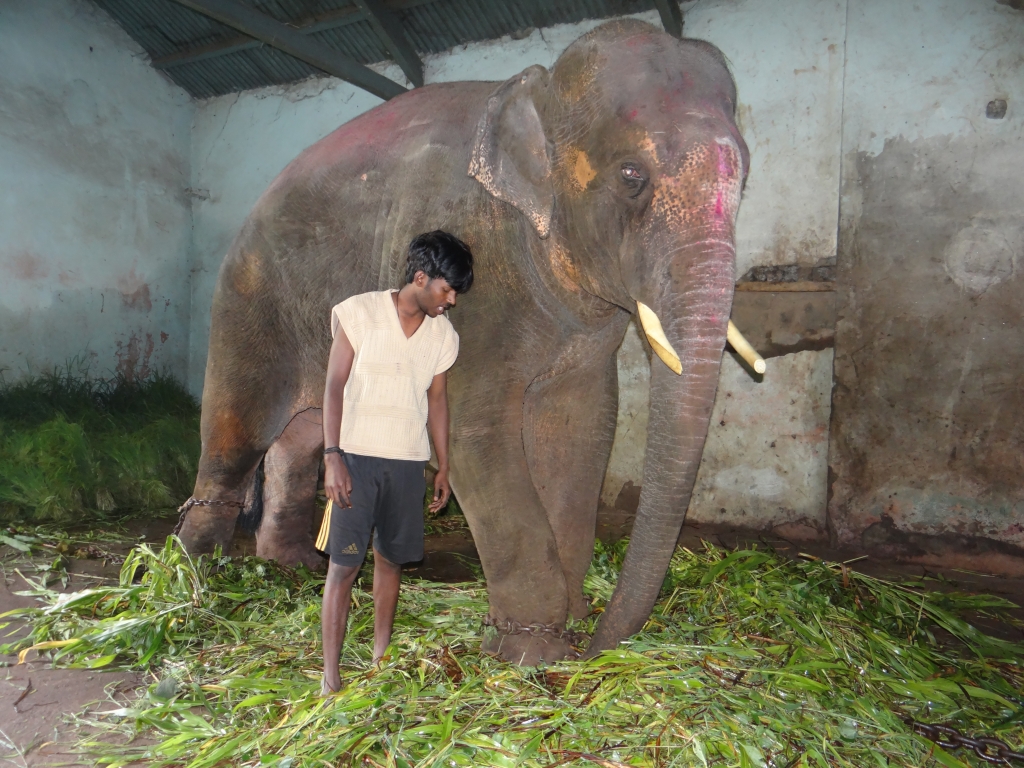 2. There, he was kept chained in solitary confinement and routinely abused. 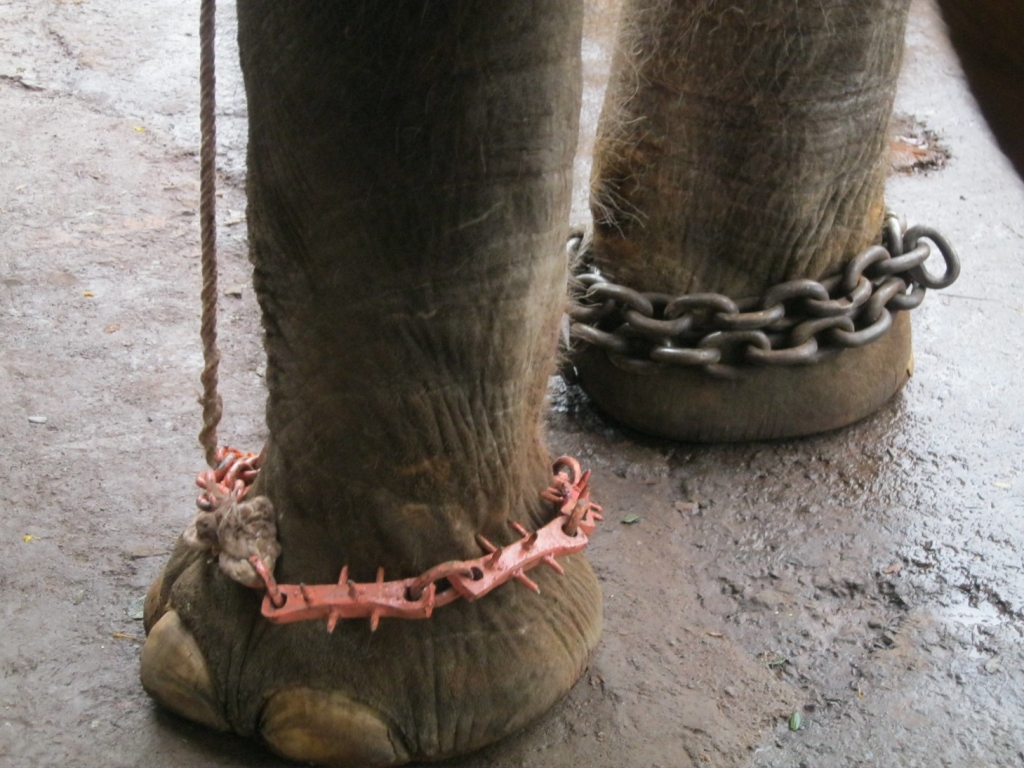 3. When PETA India learned about his plight, Sunder had an injured eye, a hole in his ear and scars all over his body from the abuse he had endured at the temple. 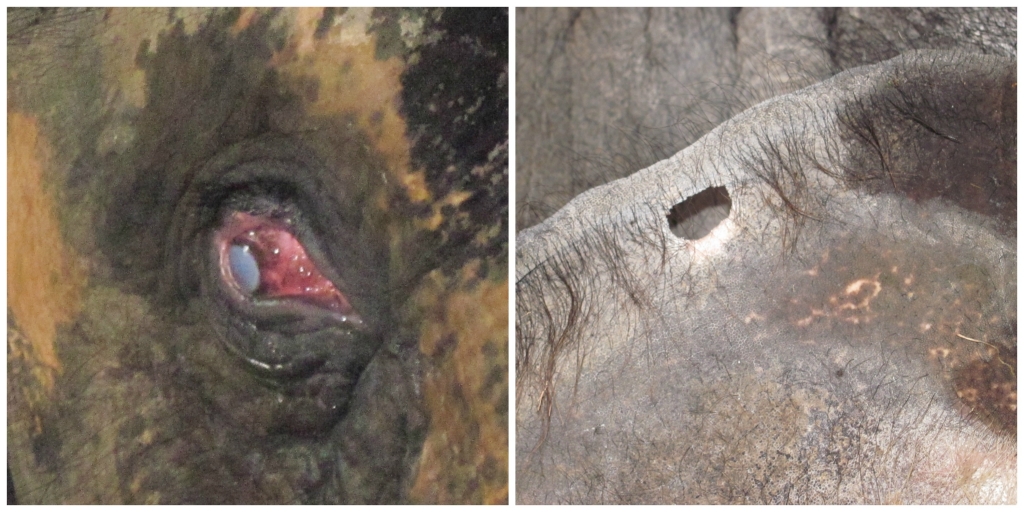 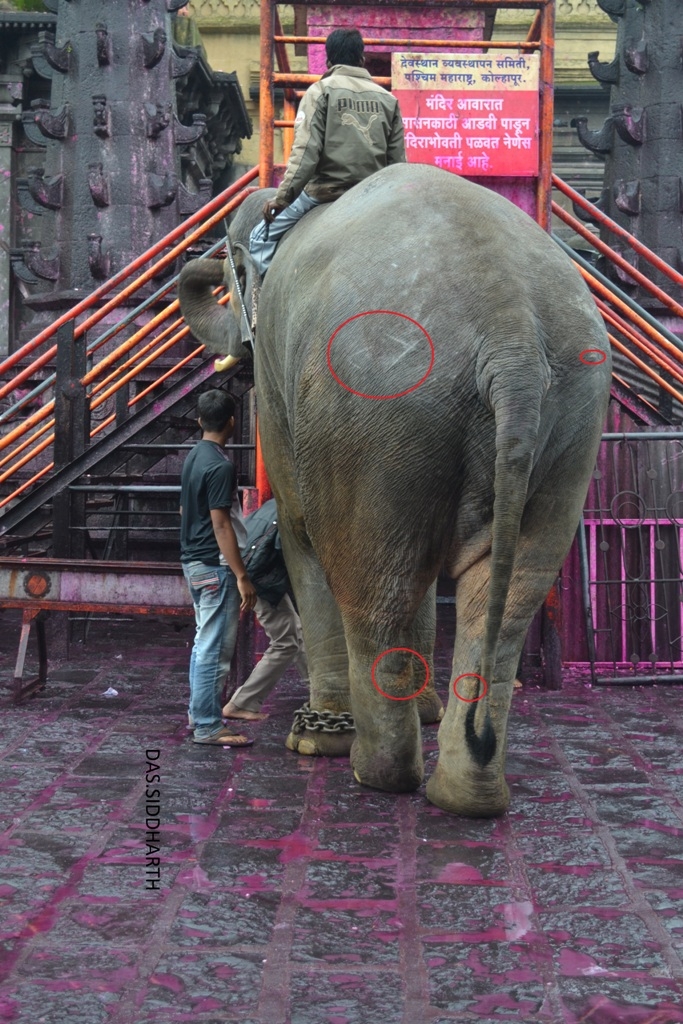 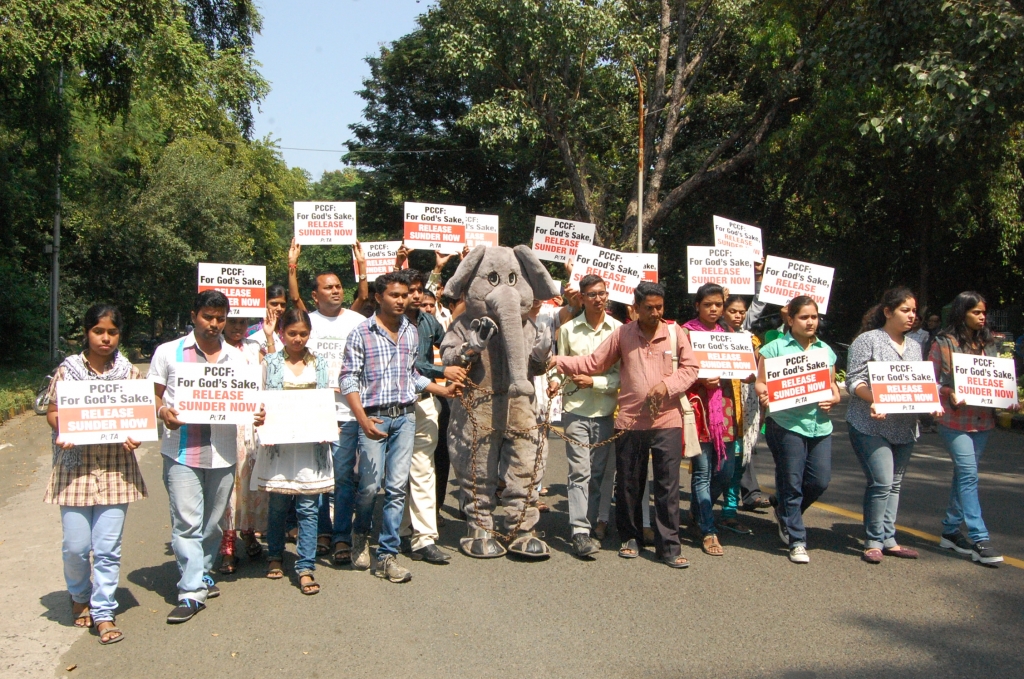 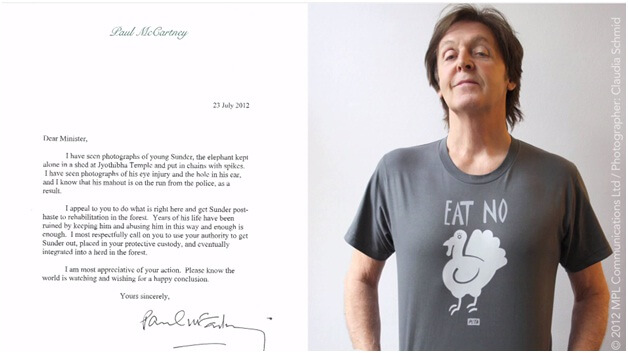 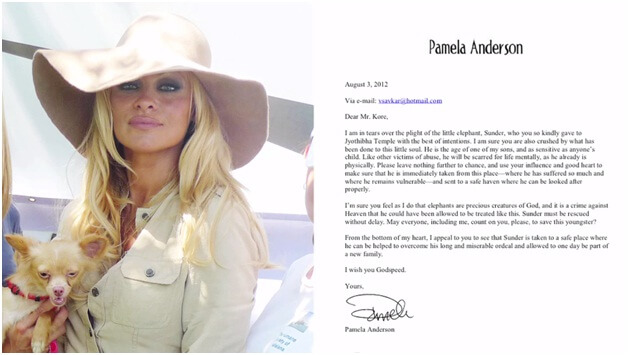 In 2012, after years of abuse, Sunder desperately tried to escape. 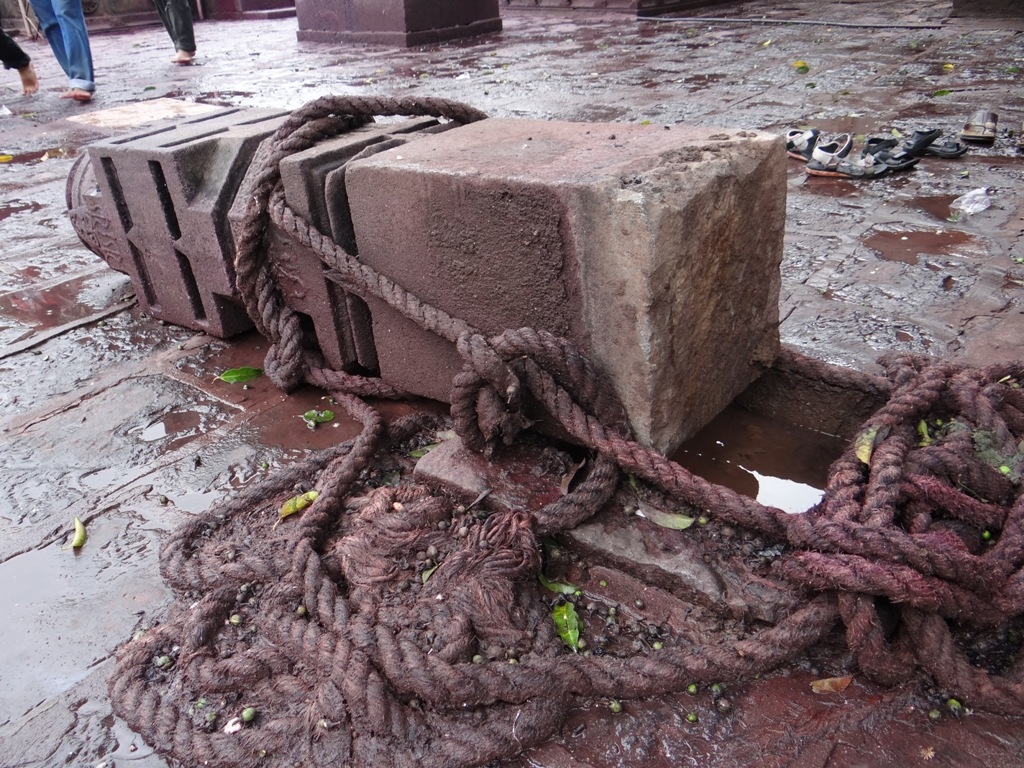 6. This is the concrete pillar he pulled down to break free.

7. Shortly after Sunder’s attempted escape, authorities ordered that he be released to a sanctuary, thanks to the work of PETA India – but his captors refused to let him go. 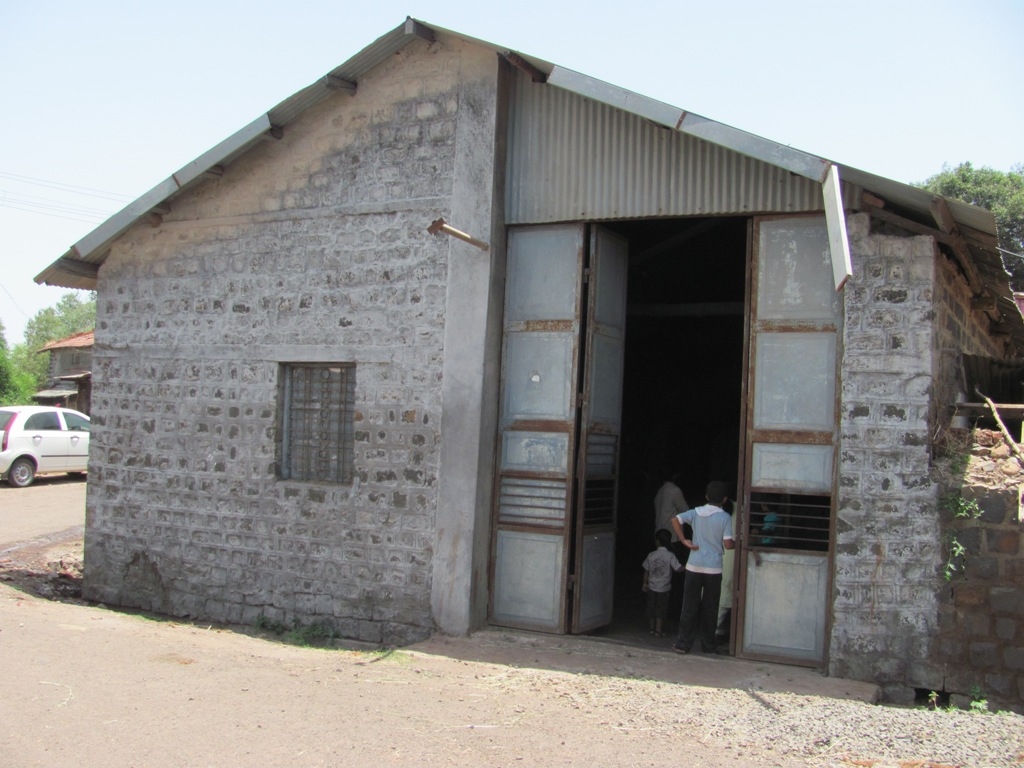 8. Instead, they hid him in an old poultry shed.

In 2013, PETA India released shocking video footage of a beating that Sunder received at the hands of his mahout, or handler.

Hundreds of thousands of people wrote to the authorities demanding that Sunder be moved to a sanctuary.

9. PETA India kept the pressure on by meeting with officials and recruiting more celebrities to speak up for Sunder, and the group even fought for his release in the Bombay High Court and the Indian Supreme Court. 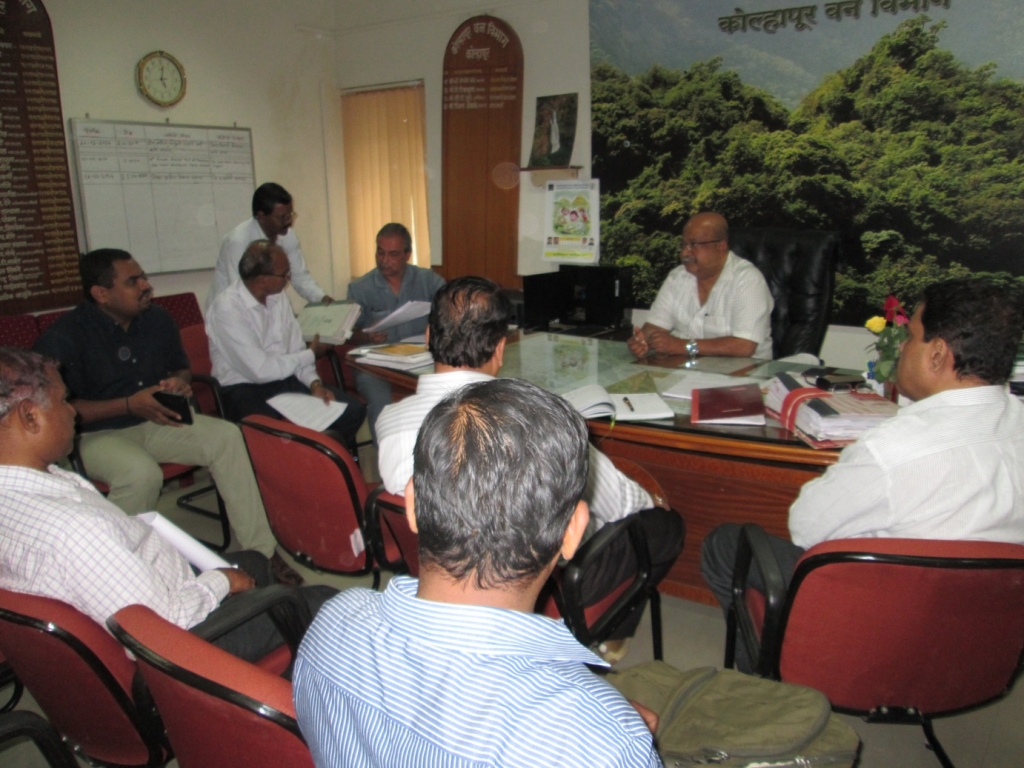 10. And finally, on June 5, 2014, Sunder began his journey to safety at the Bannerghatta Biological Park, where he could be cared for properly. 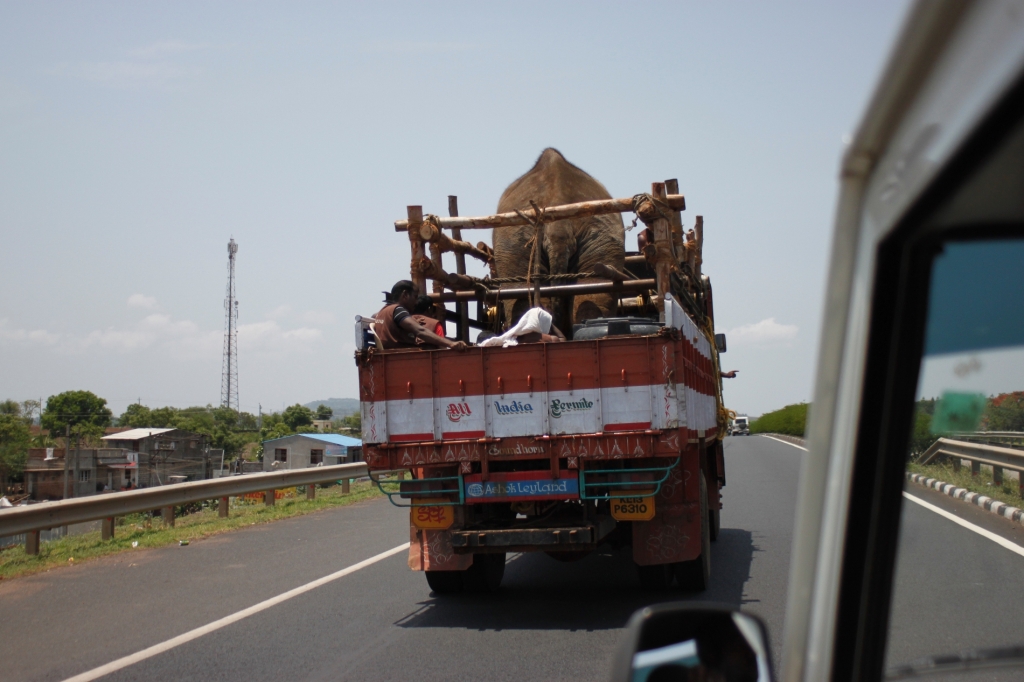 11. When Sunder arrived at the park, he didn’t know what to make of the other elephants. 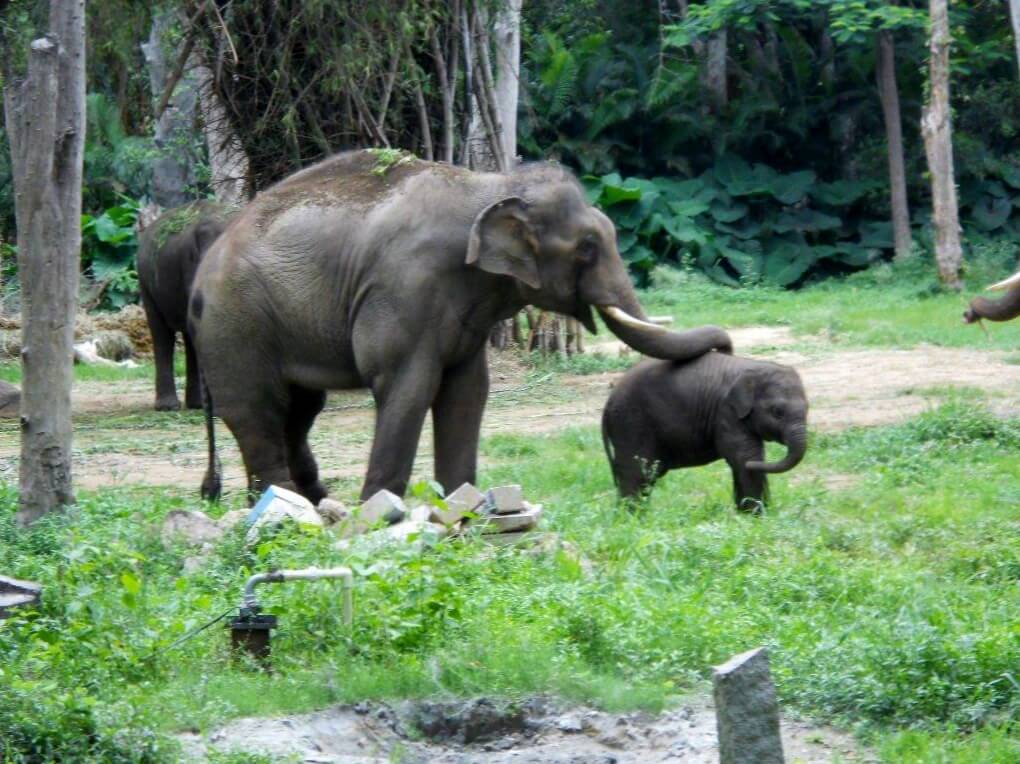 12. He hadn’t been around his own kind in a long, long time. 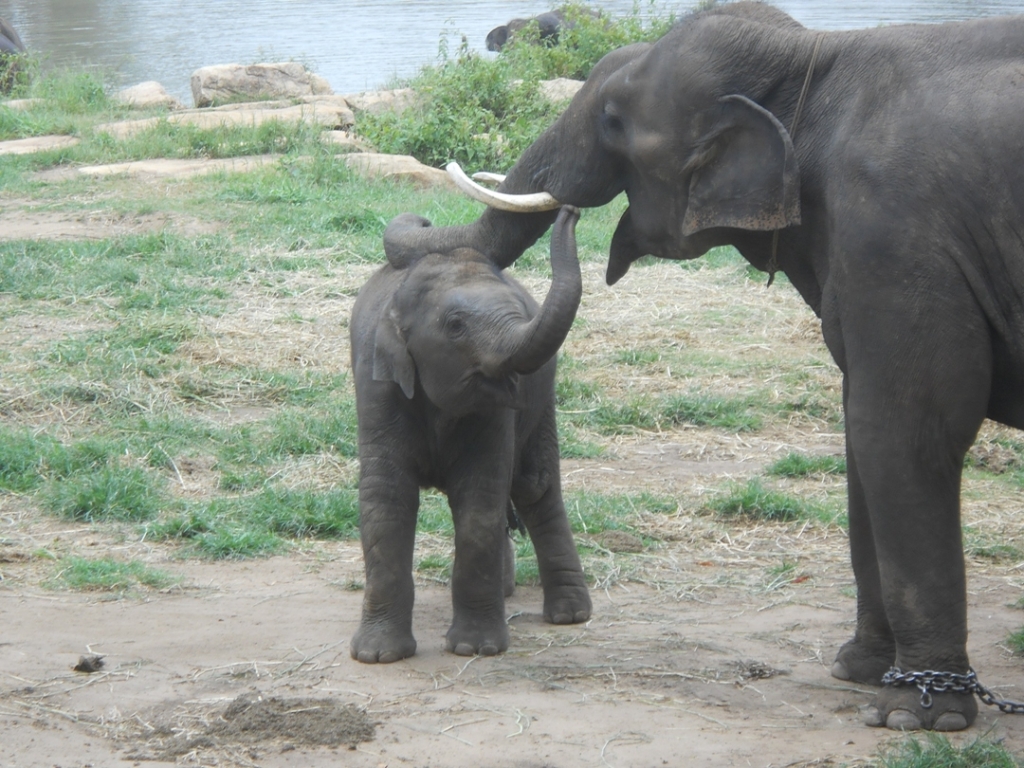 13. He had to learn to trust humans again, too. 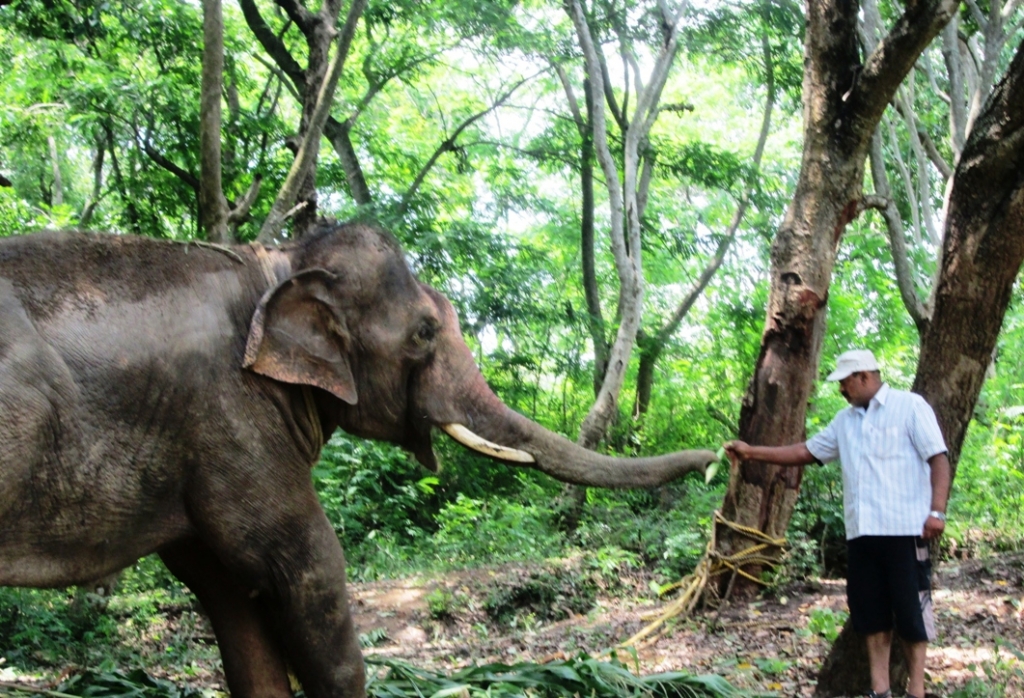 14. And he had to be lightly restrained as his wounds healed. 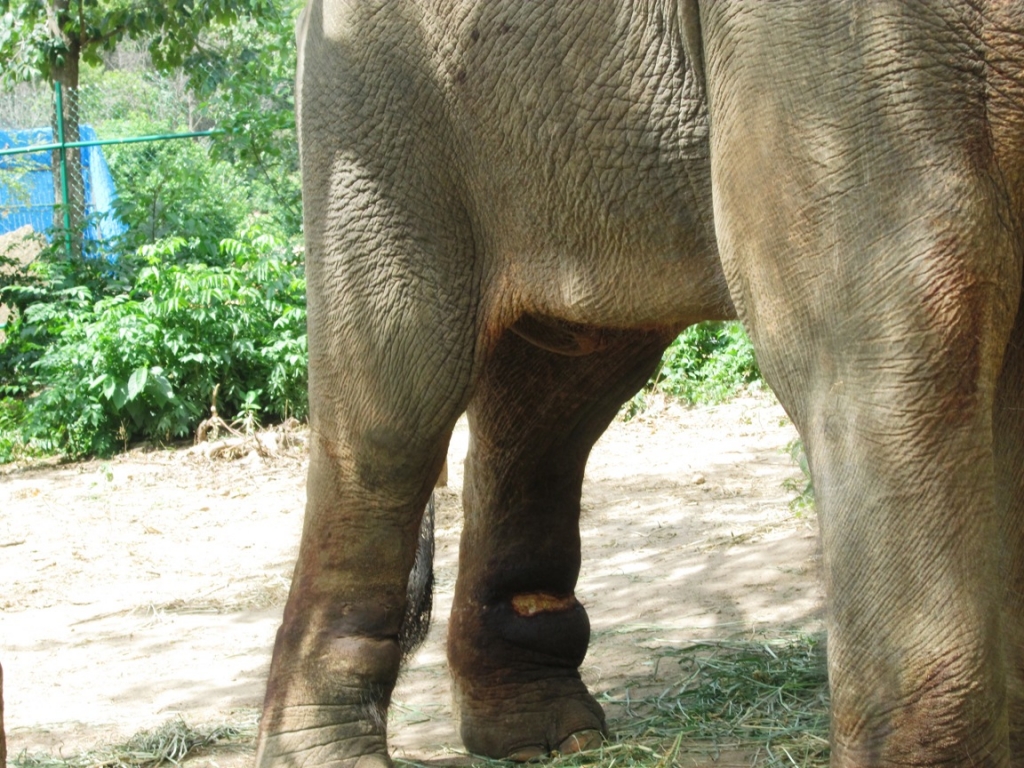 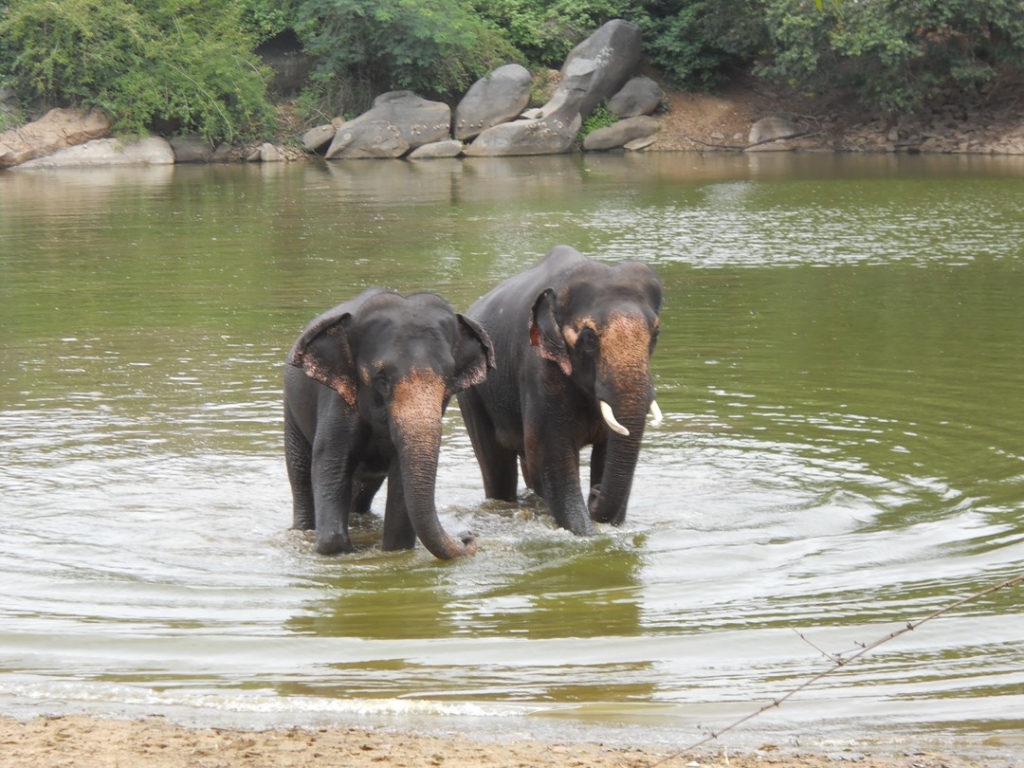 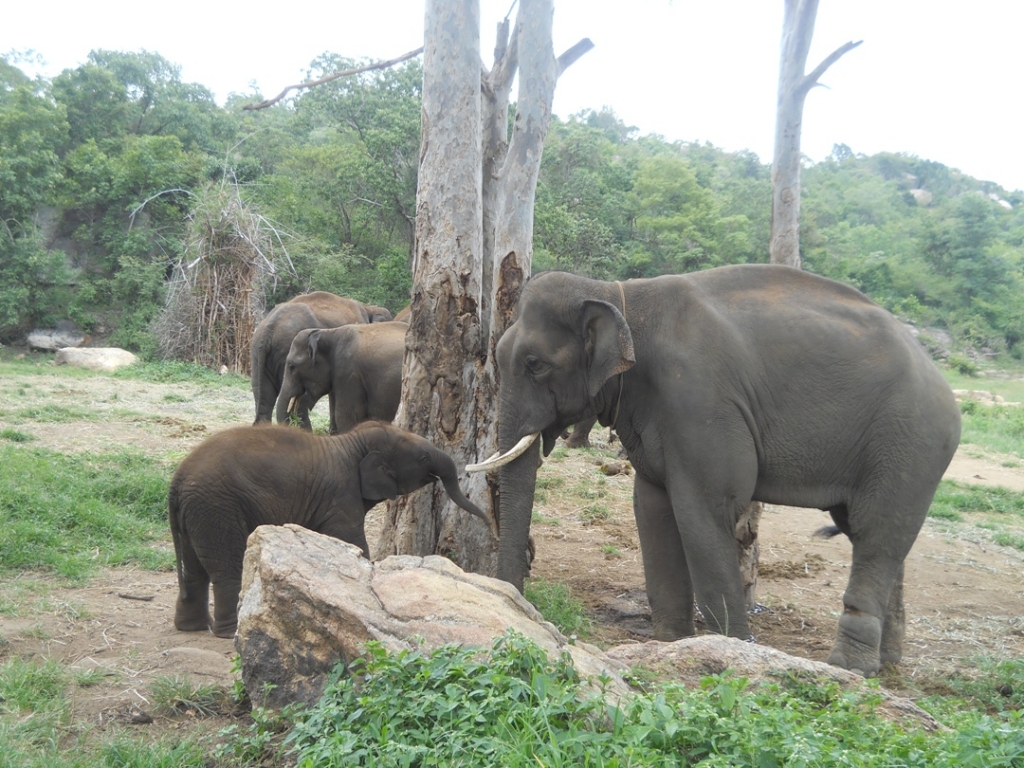 17. He even started warming up to his caretakers. 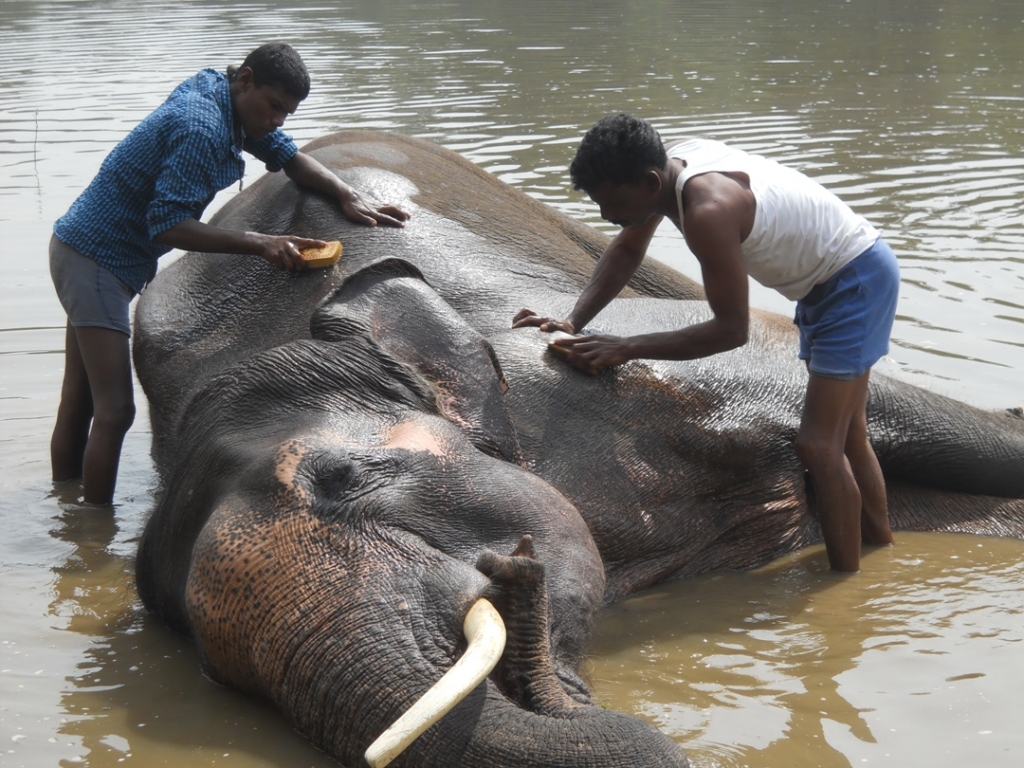 And he started swimming …

… and swimming some more.

Even his leg wound, a reminder of all those years spent chained, has now healed.

PETA India worked with the park to fence their entire 122-acre perimeter so that Sunder and his elephant family can move about freely instead of being chained (which is how captive elephants in India are usually kept).

PETA India are also working with experts to arrange training for local caregivers in the principles of the protected-contact system of handling elephants, which keeps both humans and elephants safe by keeping them separated by a sturdy barrier and employs the use of positive reinforcement techniques to manage the large animals instead of physical punishment. 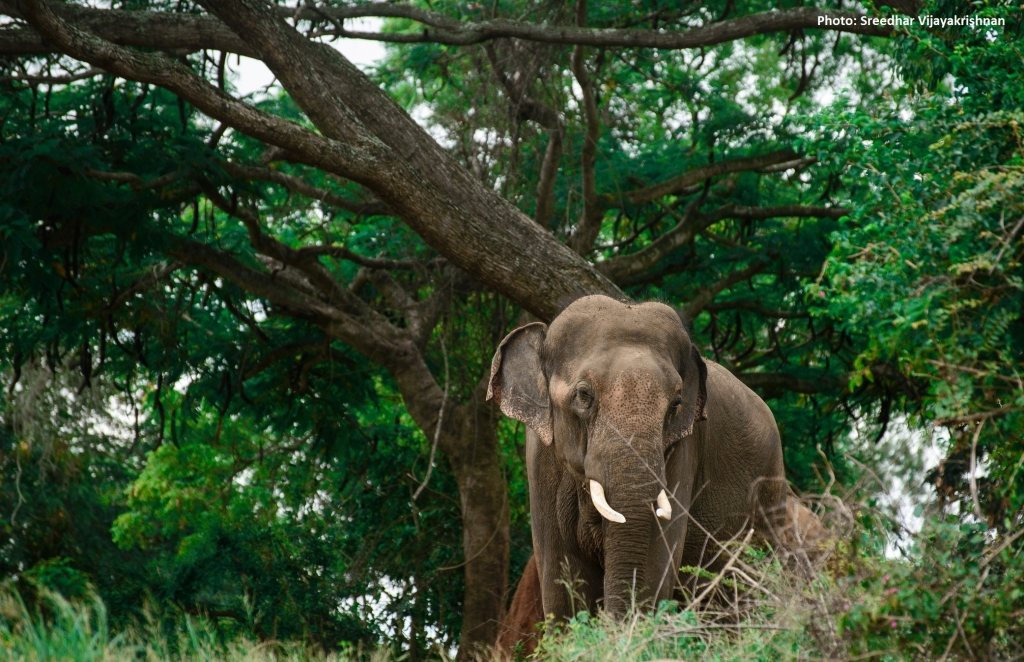 Click here to help free elephants and other animals from Indian circuses.