We are overjoyed to report that the much abused young elephant Sunder was placed on a truck by a team of experts who had travelled to Kolhapur to work with the Maharashtra Forest Department and is now being driven carefully and slowly to his new home as per the order of the Supreme Court of India. The transition was not easy.This progress was made after a great deal of struggle, including dealing with sabotage by screaming men, near rioting, tires which were punctured with nails by those who wanted to keep Sunder in Kolhapur to endure a life of abuse and a mahout (elephant handler) who shouted the wrong commands in order to agitate Sunder. Even now, a motorcycle gang is following the truck, despite police protection. The police and Maharashtra Forest Department officials as well as the experts who travelled to Kolhapur to assist with Sunder’s move are travelling with Sunder.

We are hoping for the best on this journey, which will take several days. Please hope along with us, and thanks for all your calls, letters, e-mails and good wishes.

Here are a few pictures of Sunder on his way. 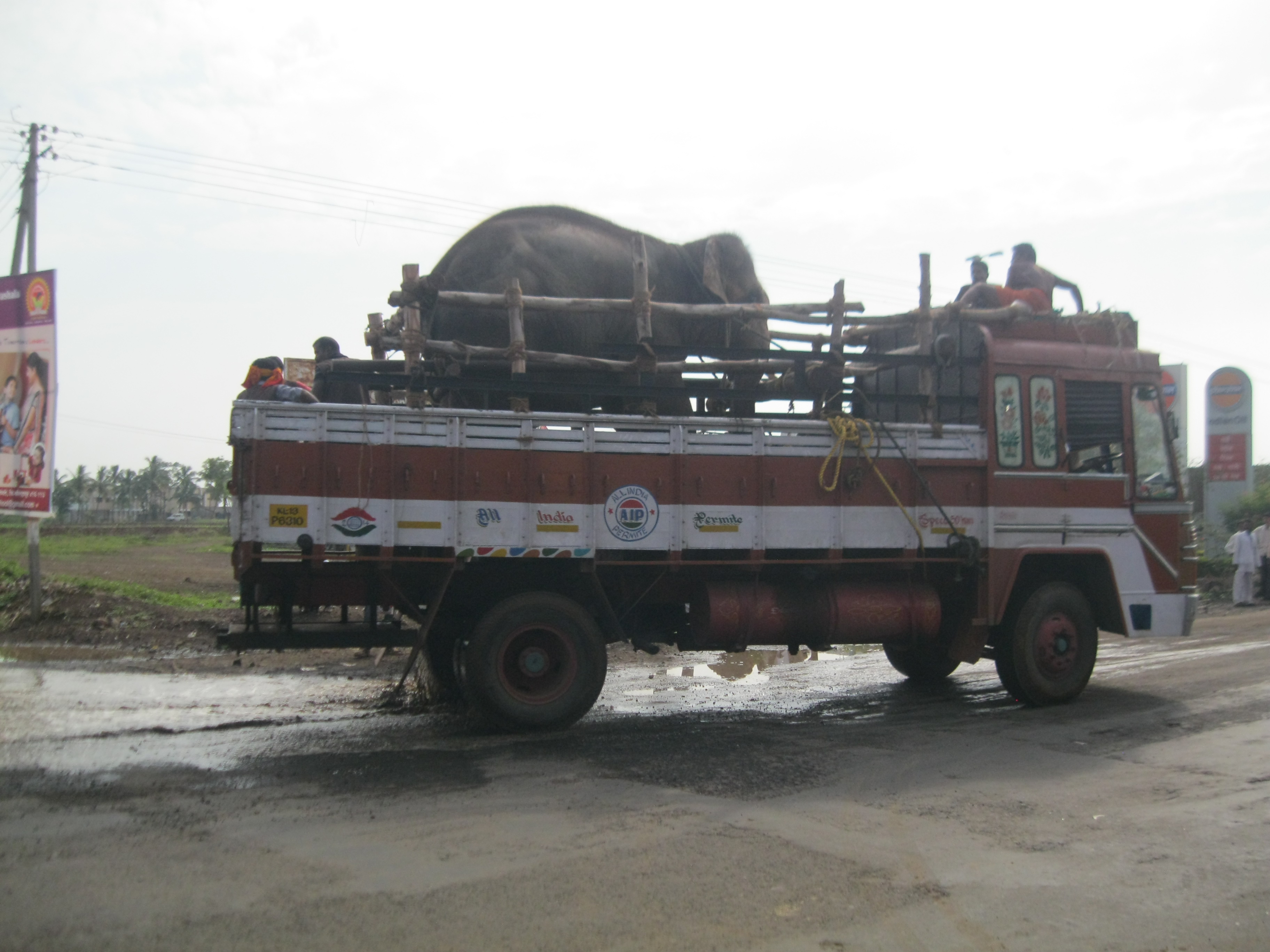