Need proof that veggies do a body good? Just take a look at actor Sonu Sood’s sizzling new pro-vegetarian PETA ad! A tight-abs testimonial to the toning powers of a vegetarian diet, this buff Bolly and Tollywood actor, who has starred in films such as Dabangg, Jodhaa Akbar, Ek Vivah Aisa Bhi and Arundhati (who can forget how good he was at playing bad?), wants to tell everyone to have a “strong body and a tender heart”. The sexy ad encourages people to view animals as something other than walking entrées and show compassion for them by going vegetarian. 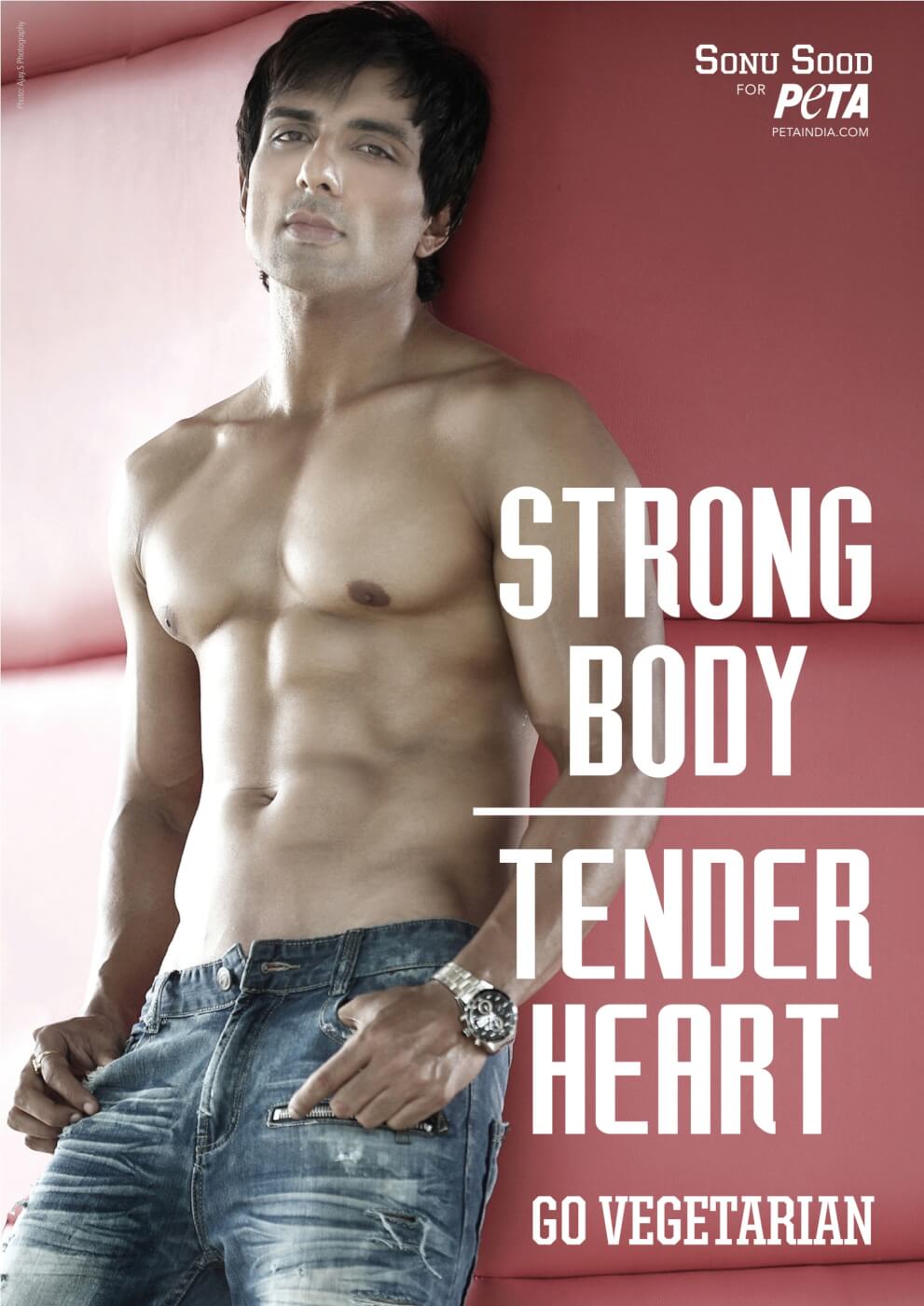 All animals are made of flesh, blood and bone, just as humans are. They have the same bodily organs, the same five senses and the same range of emotions. They have personalities and feelings and form families and friendships if given the chance. And, of course, they can feel fear and pain, and they value their lives. Factory farms deny animals everything that is natural and important to them, confining them to filthy, cramped cages, stalls and sheds, where only a steady diet of drugs keeps them alive long enough to have their throats cut and their bodies chopped into pieces and wrapped in cellophane for the market meat case.

As kind as he is cut, being healthy and humane is important to Sonu. In an exclusive interview with PETA India, he says, “I think we should bring that kind of awareness to everyone that we have to do something for animals – become vegetarians and do good to this Earth”. To hear more from Sonu, watch his video.

So how about following in Sonu’s fit footsteps and pledging to be vegetarian today?