Recently, when Shekhar Ravjiani went to Film City to shoot an episode of The Kapil Sharma Show – along with British pop-rock band The Vamps – to promote his new song “Beliya”, he learnt from the show’s team and PETA that there were stray puppies outside the studio who were in need of good homes. Shekhar, who already has four dogs – all of them rescued – agreed to adopt one of the pups immediately.

PETA was invited on stage during the shoot to present him with his adorable new family member. But what happened next came as a surprise: as Shekhar was leaving the studio, he saw more pups and decided to take another one home so that the duo could keep each other company. Now Shekhar is the proud father of not four, not five, but six adopted dogs.

“When you adopt a dog or a cat from the street or an animal shelter, you spare an animal loneliness and suffering and save a life”, says Shekhar.

“There are more pups by the studio in need of good homes. I urge those who have the time, space, and resources to welcome a dog into their homes to please step forward to adopt.” 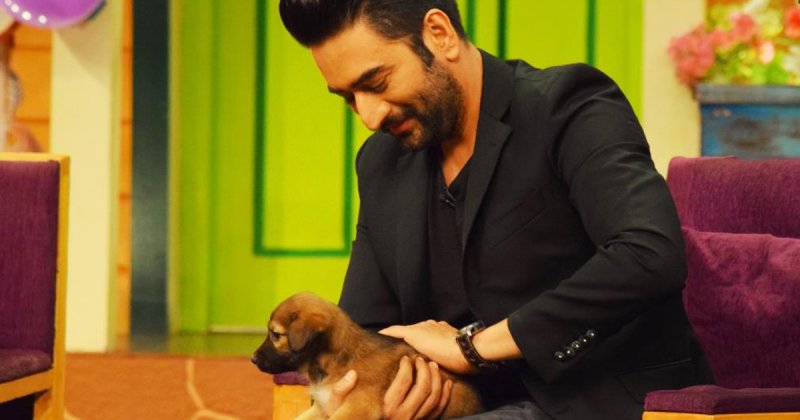 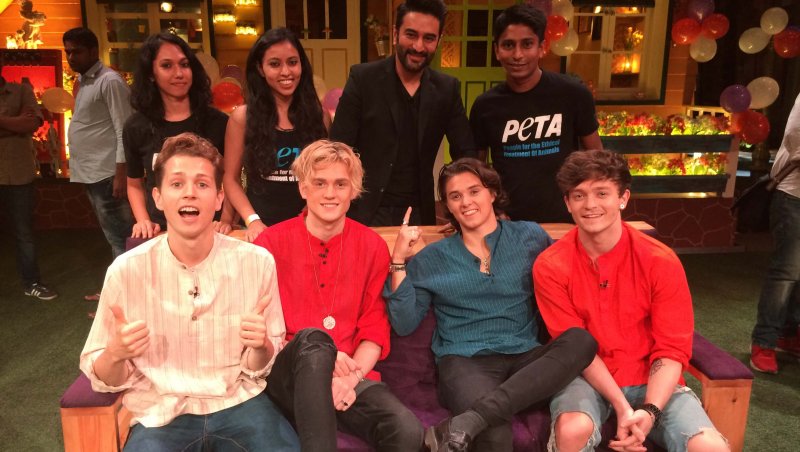 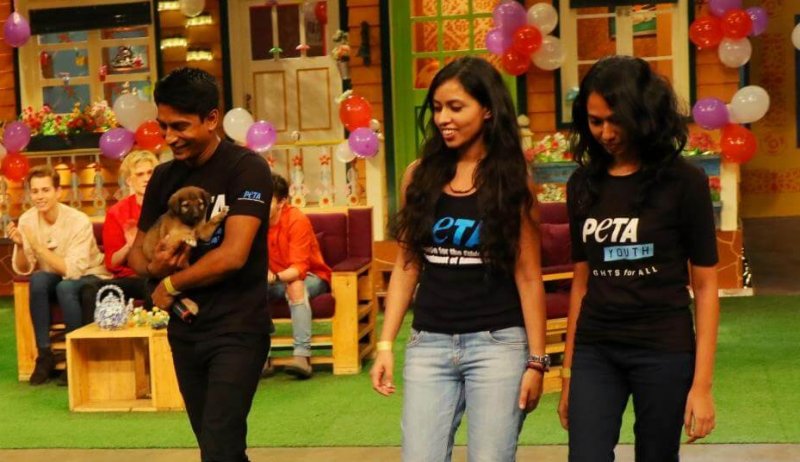 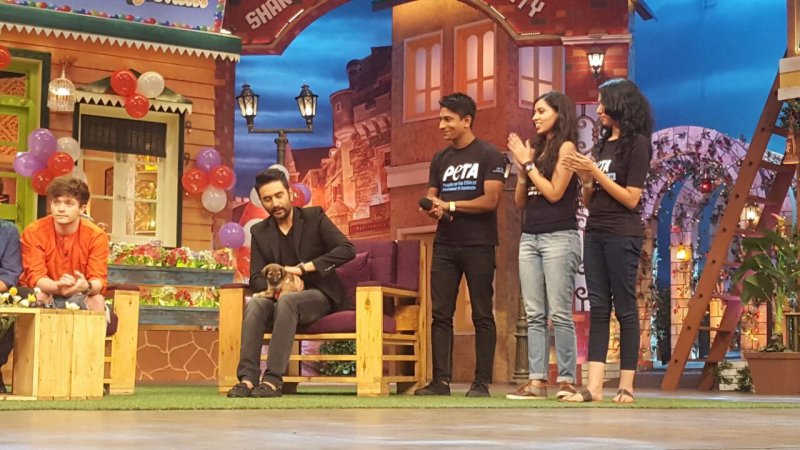 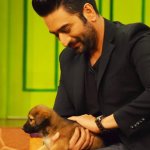 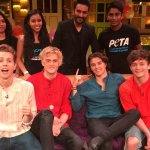 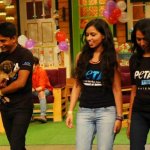 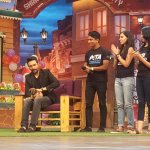 This isn’t the first time that Shekhar has used his voice to help animals: in addition to adopting dogs, he is vocal about cruelty-to-animals issues on social media and uses his celebrity status to help those who cannot speak for themselves.

Shekhar and PETA agree: always adopt – never buy. Every time someone buys a dog from a breeder or pet shop, a dog on the streets or in an animal shelter loses his or her chance at finding a good home. In addition, purebred dogs are bred for certain exaggerated physical traits, which cause them to suffer from abnormally high rates of health problems, including hip dysplasia, heart defects, epilepsy, and eye and ear infections. In contrast, Indian “community dogs” are healthier and more robust than their purebred cousins.

Catch Shekhar, The Vamps, and PETA on The Kapil Sharma Show this Saturday, 17 September at 9:00 pm.