On 5 February 2021, following recommendations by the committee constituted by the Project Elephant Division of the Ministry of Environment, Forest and Climate Change and requests made by PETA India to implement those recommendations, the Rajasthan Forest Department directed the Department of Archaeology and Museums to stop using 20 medically unfit elephants for tourist rides at Amer Fort.

Per the order, the medically unfit elephants include three who tested positive for tuberculosis (TB), those suffering from impaired vision and chronic foot problems, and old and malnourished animals. 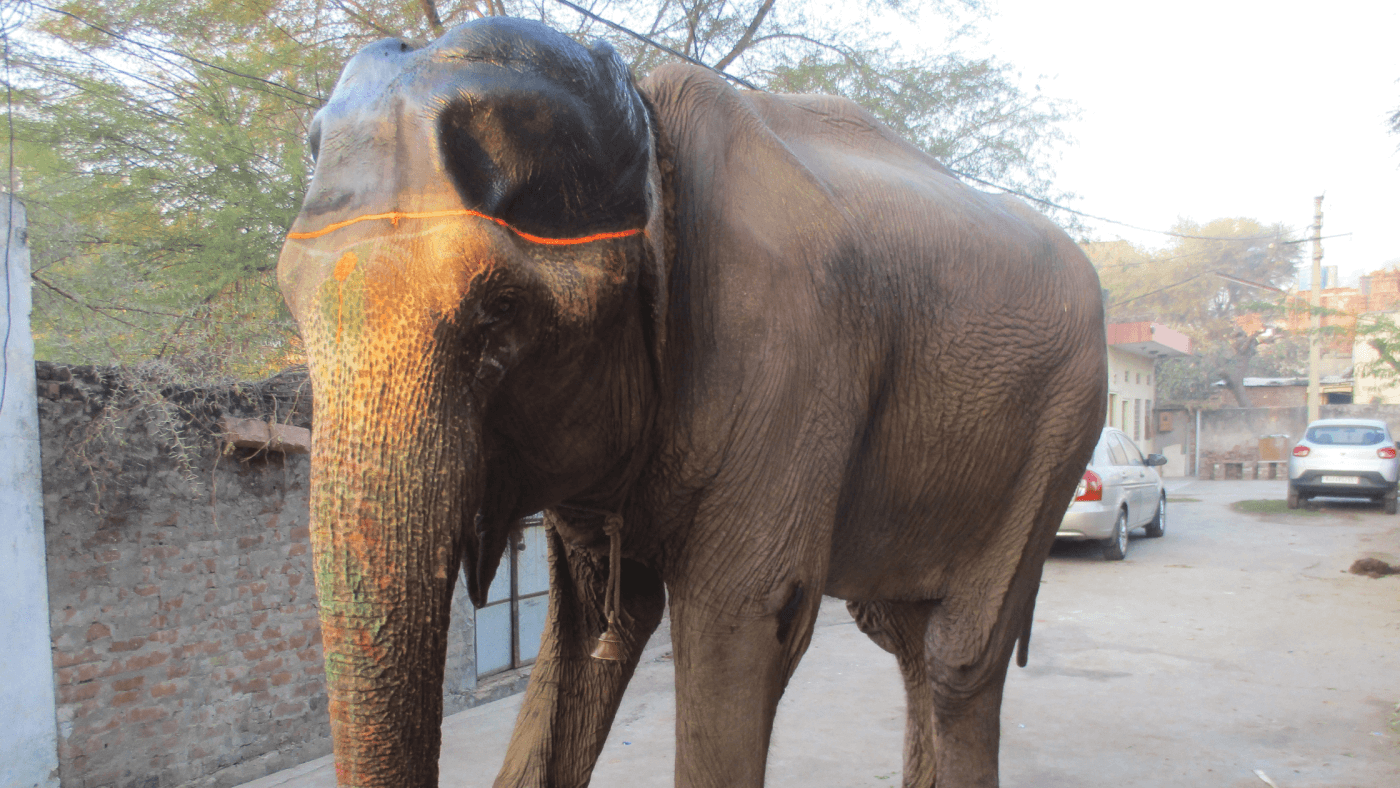 The central government committee – which was constituted following a 6 March 2020 order of the Supreme Court of India and includes the senior wildlife veterinary officer of the Jaipur Zoo – also incorporated recommendations made by PETA India in its report, which proposed phasing out elephant rides at Amer Fort by replacing them with electric vehicle rides, citing aging elephants and tourists’ declining preference for these rides. Subsequently, PETA India collaborated with leading design company Desmania Design to create a modern electric vehicle – “Maharaja” – and submitted a formal proposal to the Rajasthan government for its consideration and implementation.

The committee’s report notes that of the 98 captive elephants who were inspected, 22 suffer from impaired vision resulting from corneal opacity and cataracts and 42 have chronic foot problems, including overgrown nails and flat footpads from walking on concrete roads. Twenty-nine elephants were found to be above the age of 50, which is the average life expectancy of an elephant in captivity. Two out of three elephants who tested positive for TB – a potentially fatal zoonotic disease of considerable public health concern – were confirmed to be reactive to TB tests conducted by the Animal Welfare Board of India in 2018. The committee also recommended in its report that elephants and mahouts be screened for TB twice a year.