Following the High Court of Kerala’s order not to interfere with the decision of the government prohibiting the parading of the suffering, partially blind, elderly elephant Thechikottukavu Ramachandran during Thrissur Pooram – and since the District Collector of Thrissur allowed him to be paraded anyway – PETA India submitted an urgent representation to the District Collector and the Kerala Chief Wildlife Warden requesting that they offer the elephant relief by having him seized and sent to a sanctuary where he can finally spend the rest of his days free from chains. We also urged the authorities to consider banning the use of elephants in all festivals in light of the overwhelming cruelty that they endure, as revealed by the Animal Welfare Board of India’s 2015 and 2016 inspections of Thrissur Pooram and by PETA India’s 2017 and 2018 investigations of the festival. 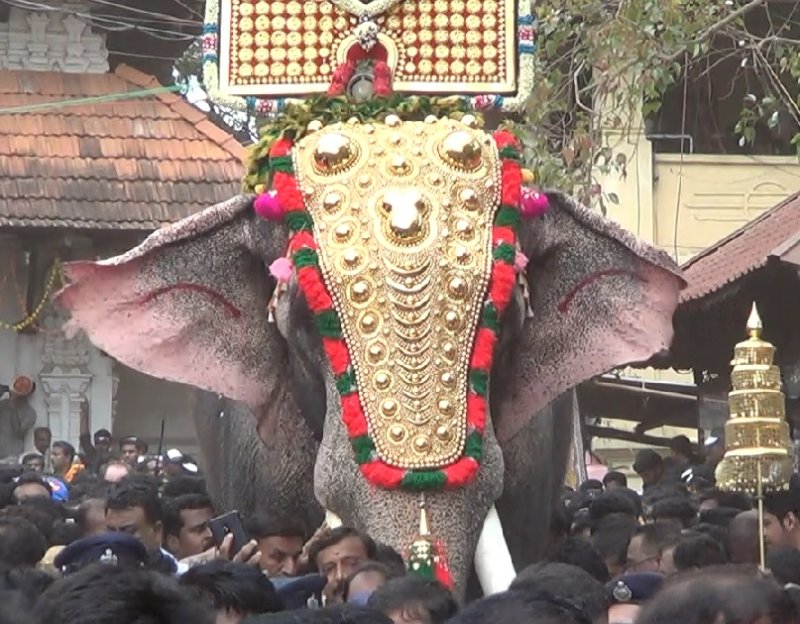 The Thrissur District Captive Elephant Monitoring Committee decided in its meeting on 25 April 2019 to prohibit the parading of Thechikottukavu Ramachandran in festivals and ceremonies. However, on 11 May, the District Collector allowed him to be used in Thrissur Pooram under certain conditions based on a new fitness certificate. We condemn the government’s decision to reverse the ban on using him in Thrissur Pooram, and we’re urging authorities to seize him and have him permanently retired. The minutes of the 25 April meeting explain that his health is not satisfactory and that parading him would threaten the safety of mahouts and the public. According to the minutes, the representatives of the elephant owners, mahouts, and festival coordination committee refused to agree to the police and Forest Department’s suggestion that those who use him must be held responsible for any incidents that occur. The report of an expert committee dated 6 March 2019 – which contradicts the latest fitness certificate – based on which the Thrissur District Captive Elephant Monitoring Committee decided to prohibit the use of Thechikottukavu Ramachandran, explains that he is completely blind in his right eye and, as a result, may easily be spooked by any movement on his right-hand side. The report further states that he appears to be 65 years old and therefore of retirement age, as per the Kerala Captive Elephants (Management and Maintenance) Rules, 2012; is unable to digest food properly; and is overworked and not given sufficient opportunity to rest. According to news reports, he is so frustrated and distressed that he has killed 13 humans and two other elephants to date.

PETA India’s latest investigation of Thrissur Pooram – conducted from 24 to 26 April 2018 – had the following findings:

• Mahouts hit and poked elephants with sticks and assaulted them with metal ankuses.
• Mahouts brazenly wielded metal ankuses, which are banned by order of the Principal Chief Conservator of Forests and Chief Wildlife Warden of Kerala and by order of the Honourable Rajasthan High Court.
• Elephants forced to perform had very poor body condition scores, painful abscesses and swellings, open wounds, bruises, impaired vision, chipped and cracked nails, cracked soles of the feet, and other foot conditions.
• Elephants were forced to perform despite being found unfit to do so during an examination at the fitness camp by a team from the Kerala Forests & Wildlife Department and Kerala State Animal Husbandry Department, which included veterinarians.
• Elephants were tethered together by all four legs for hours.
• They were forced to stand for hours in hot, humid weather, without adequate protection from the sun, and were denied sufficient drinking water.

You Can Help Elephants!

Please also call for officials to ban the use of elephants for performances of all kinds: