When PETA India found out that bull races were scheduled to be held at the Rural Olympics in Kila Raipur in early February, we jumped into action. We got in touch with the Deputy Commissioner and Commissioner of Police, Ludhiana, and informed them that through an 11 July 2011 Ministry of Environment and Forests notification in The Gazette of India, bulls races are banned everywhere in India.

In an urgent letter to the police officials, PETA India’s Director of Veterinary Affairs, Dr Manilal Valliyate, wrote, “During such races, the bulls are often beaten mercilessly with wooden sticks spiked with nails in order to get them to run faster in the sweltering heat. The bulls’ tails are painfully twisted, and they are left covered with blood. Public safety is also put at risk during such events”.

Soon after sending the letters, Dr Valliyate also spoke to the officials over the phone. A few follow-up calls later, we got an official confirmation from the police department that bull races had been cancelled.

Thank you, Rahul Tiwari, Deputy Commissioner, and Ishwar Chand Sharma, Commissioner of Police, Ludhiana, for upholding the law and saving the bulls from being forced to race.

We need your support to protect animals. If you ever hear about bull-racing events in or around your area, please send us an e-mail right away at [email protected]. 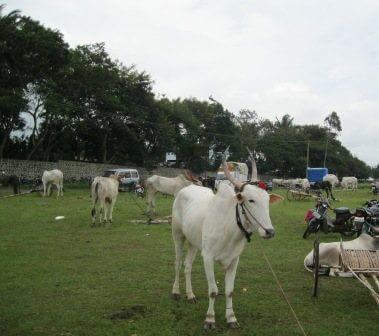