Manushi Chhillar trades her Miss World crown for one made of broccoli, asparagus, and tomatoes for a new PETA India print campaign that encourages everyone go vegetarian just in time for Earth Day (22 April). The beautiful Chhillar, who will make her Bollywood debut on Diwali in the highly anticipated Prithviraj opposite Akshay Kumar, is a lifelong vegetarian who won the title of PETA India’s Hottest Vegetarian Celebrity in 2019. 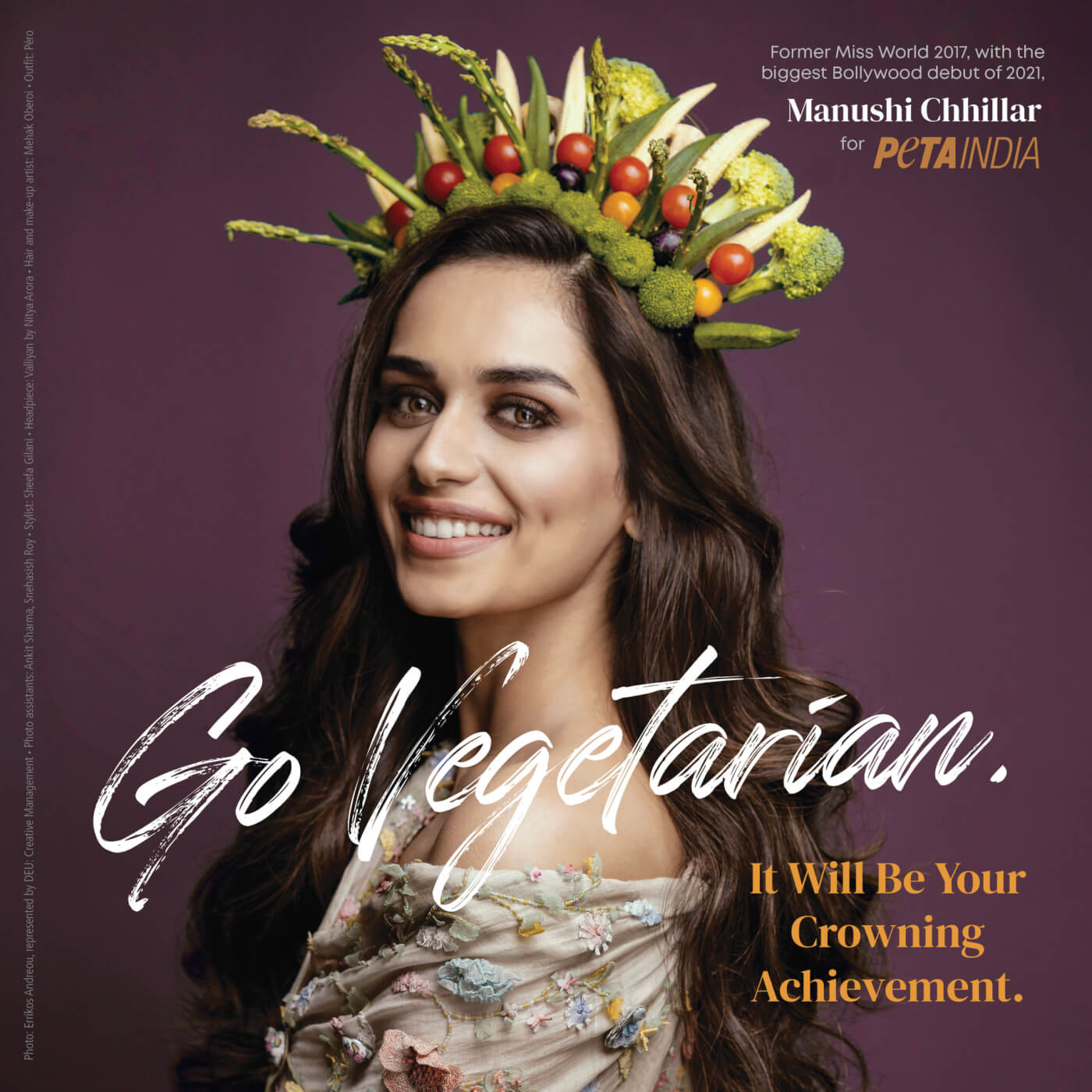 She says the following:

According to the United Nations’ Food and Agriculture Organization, animal agriculture – breeding, raising, and slaughtering animals for food – is responsible for about 14.5% of global greenhouse-gas emissions, which, by some estimates, is greater than all the world’s transportation systems combined. What’s more, animal agriculture uses one-third of the world’s freshwater and one-third of global cropland for feed. Water scarcity already affects every continent – over 2 billion people live in countries experiencing high levels of water shortages, and more than 690 million people still go hungry.

As PETA India reveals in our video exposé of the Indian meat industry, “Glass Walls”, animals used for meat endure violence, severe confinement, painful mutilations, and cruel transport and are commonly slaughtered while they’re still conscious and in full view of their companions.

The campaign was shot by photographer Errikos Andreou, represented by DEU: Creative Management, who was assisted by Ankit Sharma and Snehasish Roy. Chhillar was styled by Sheefa Gilani and wore an outfit by Péro and a headpiece from Valliyan by Nitya Arora. Her hair and make-up were done by Mehak Oberoi.

Save the Earth by Going Vegan