With baby chicks perched on his hand, Sonu Ke Titu Ki Sweety star and heartthrob Kartik Aaryan appears in a new campaign for PETA India that proclaims, “Chicks Love a Vegetarian.” His photo for the ad was shot by ace photographer Errikos Andreou, his hair was styled by Bashir for Hakim Aalim, and his make-up was done by Waheed Ahmed Shaikh. 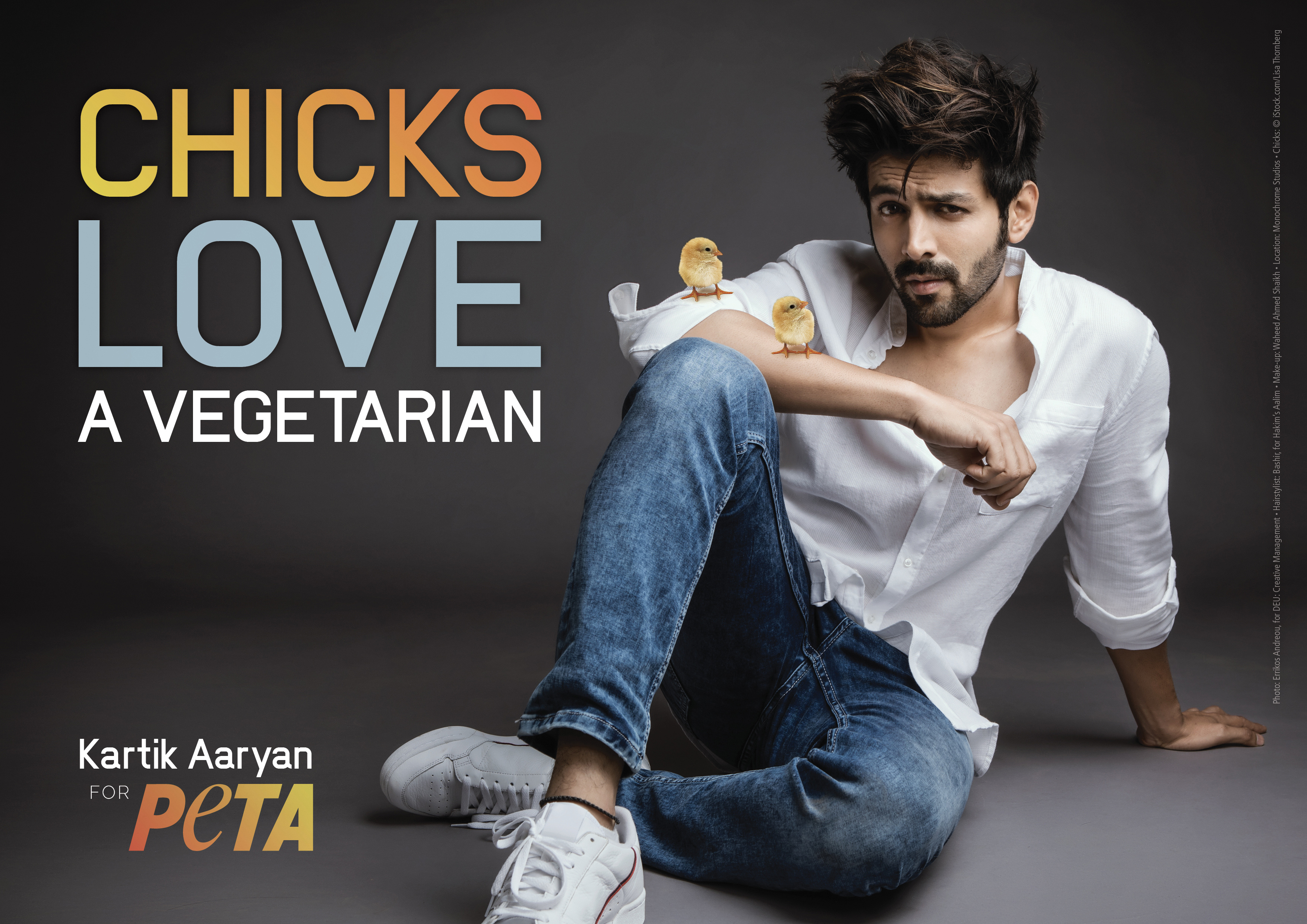 It only took one video of animals suffering and dying in the meat industry to convince me to go vegetarian,” says Aaryan. “The kindest thing anybody can do for cows, pigs, chickens, and all animals is to stop eating them.

PETA India’s video exposé “Glass Walls” reveals that chickens killed for food are often shackled upside down before their throats are slit. Cows and buffaloes are crammed into vehicles in such large numbers that their bones often break before they’re dragged off to the slaughterhouse, and pigs are stabbed in the heart as they scream. On the decks of fishing boats, fish suffocate or are cut open while they’re still alive.

Inspired? Order a free vegan starter kit today and get started with a healthy and compassionate way of living. And don’t miss these delicious vegan recipes.