When John Abraham talks, the world listens – and for advocating for animals great and small, PETA India has named him our Person of the Year for 2020. He stars in the forthcoming movie Satyameva Jayate 2, which is a sequel to the 2018 original. 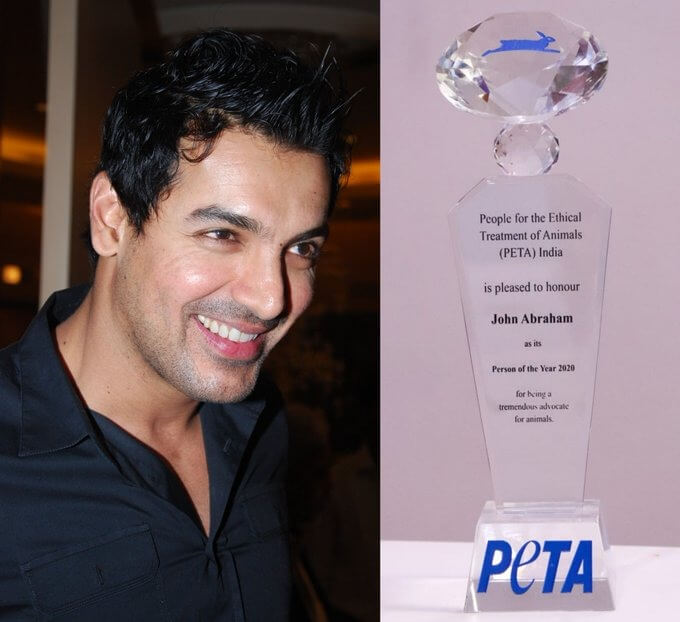 This year, Abraham sent a letter urging e-retailer Quikr to stop trading in live animals – and that’s just the tip of the iceberg. Over the years, he’s teamed up with PETA India to push for a ban on animal circuses, speak up for Mumbai’s “dancing” monkeys, and star in an ad urging everyone not to keep birds in cages. He also adopted a community dog, his beloved Bailey; urged authorities to stop illegal pig slaughter in Goa; and put a football jersey on the auction block to benefit PETA India’s work to help animals.