Bollywood beauty Jacqueline Fernandez accompanied her pals from PETA India for a meeting with Sunil Prabhu, the Mayor of Mumbai, to discuss cruelty to horses who are forced to haul carriages in Mumbai and the unlicensed stables in which they are housed, just before the High Court of Bombay hearing in December. The officials pledged to consider the matter. 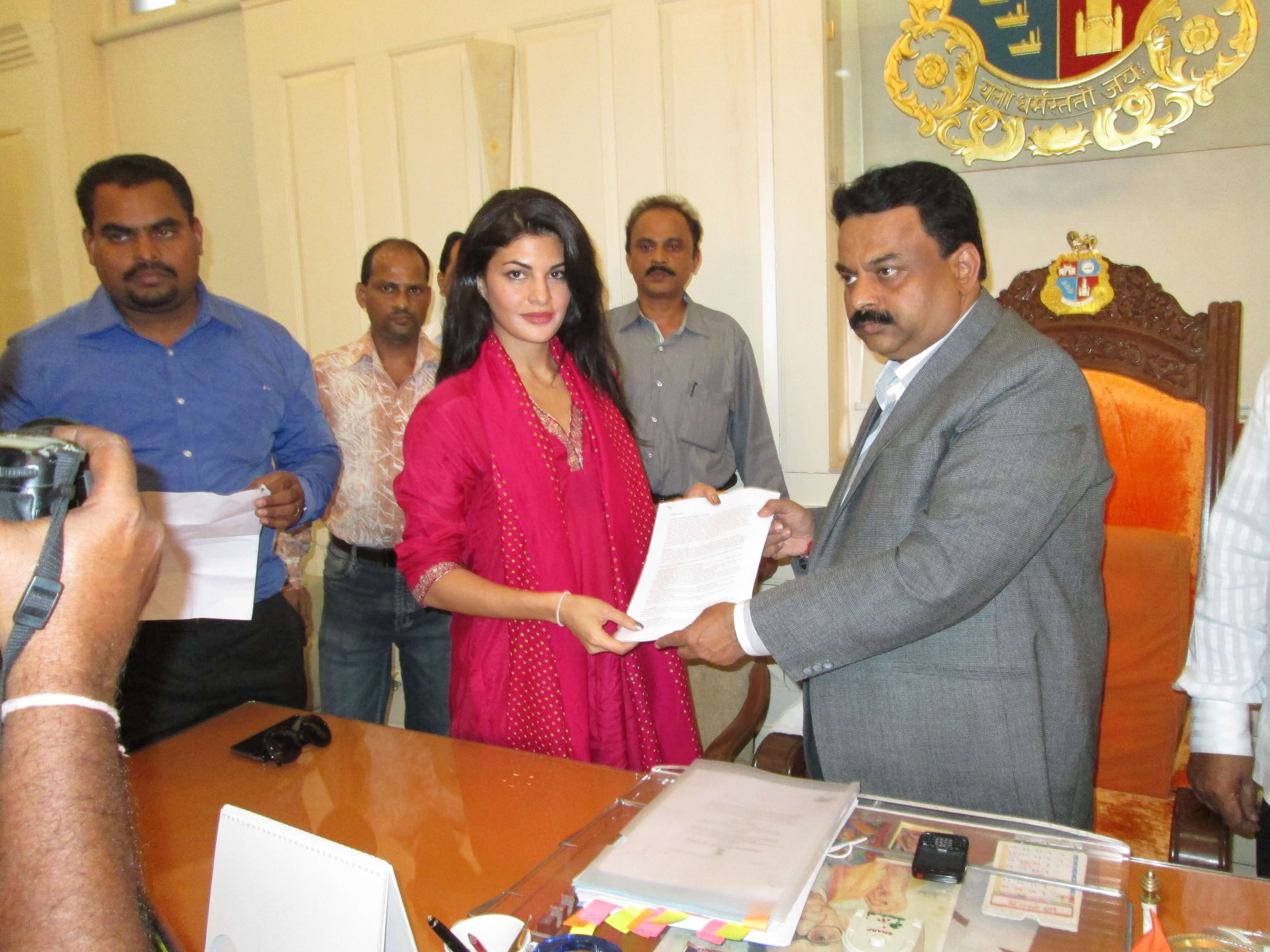 PETA and several other non-governmental organisations have called for a ban on horse-drawn carriages in the city. PETA recently released reports from its latest investigations of filthy and decrepit Mumbai stables that house horses who are used to pull carriages. The horses – including those who are injured, sick or severely malnourished – are forced to stand amid their own urine and faeces on trash-strewn floors.

Horses used to pull carriages are routinely forced to haul more passengers than the legal limit allows in all weather extremes, are often lame or have permanent leg damage and are frequently denied adequate rest, food, water and veterinary care.

This is not the first time that Fernandez has come forward to speak up for horses. She had sent a letter to the Brihanmumbai Municipal Corporation Commissioner asking him to ban the use of horses in the city immediately. She also starred in an ad to make people aware of the routine cruelty that horses endure in this industry.

Now it’s YOUR turn to speak up – please share this link with everyone you know!