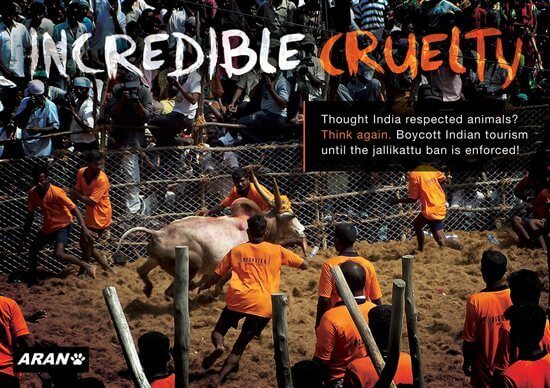 Bulls who are punched, wrestled to ground and hit with fists during the cruel sport of jallikattu have found new friends in the Irish animal rights group Animal Rights Action Network (ARAN).

After learning that despite the Indian government’s ban on the use of bulls as performing animals, the Madras High Court Bench gave permission for the cruel bull-abusing contact game jallikattu to be held in Tamil Nadu, the founder of ARAN fired off a letter to the Indian Minister of Tourism. In the letter, he said that ARAN plans to place “Incredible Cruelty” advertisements across European cities calling for a boycott of Indian tourism until the cruel bull-abusing contact game jallikattu is put to an end.

John Carmody, the founder of ARAN, wrote: “India’s reputation for treating animals with the utmost compassion and care is a major draw for almost everyone who is considering visiting your beautiful country. How can that image endure when a state government endorses an activity in which terrified bulls are surrounded by hundreds of shouting men, are hit with fists, have their tails twisted and pulled – and some even snapped and broken – and are jumped on and wrestled to the ground?” 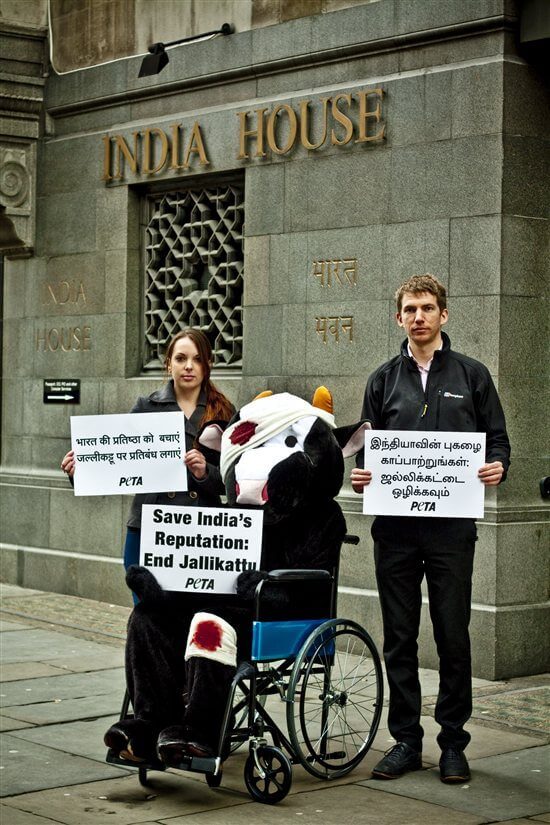 PETA India and its affiliates around the world have been protesting against the cruelty of jallikattu and urging the Ministry of Environment and Forests to enforce the ban on jallikattu.

So, what do you think about ARAN’s campaign?