1. In 1965, at 12 years of age, Gajraj was taken from his family and illegally transported from Madhya Pradesh to Maharashtra to be presented to the Rani of Aundh as a wedding gift. 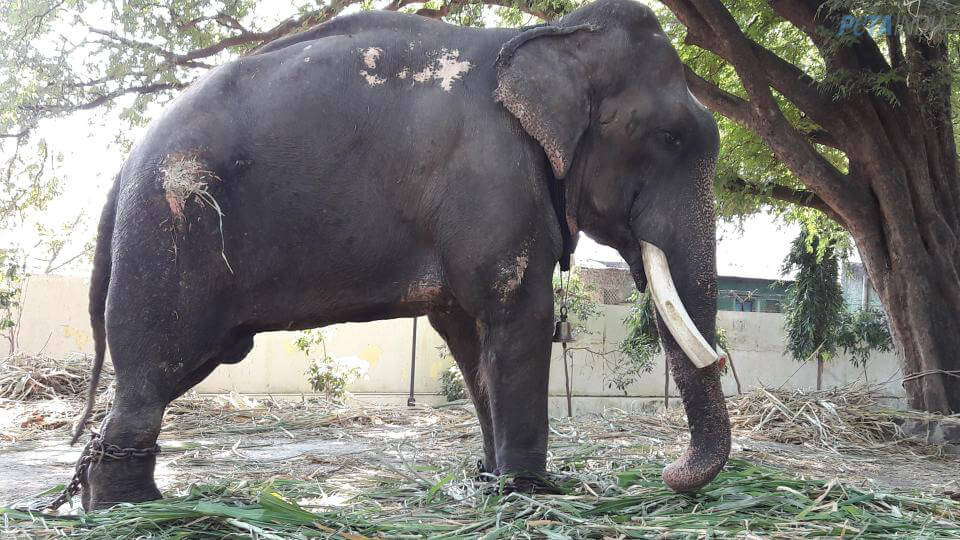 2. For 51 years, he was used as a tourist attraction, and with the exception of occasional walks through the village, he was forced to stand in the same spot, chained by all four legs, all alone. 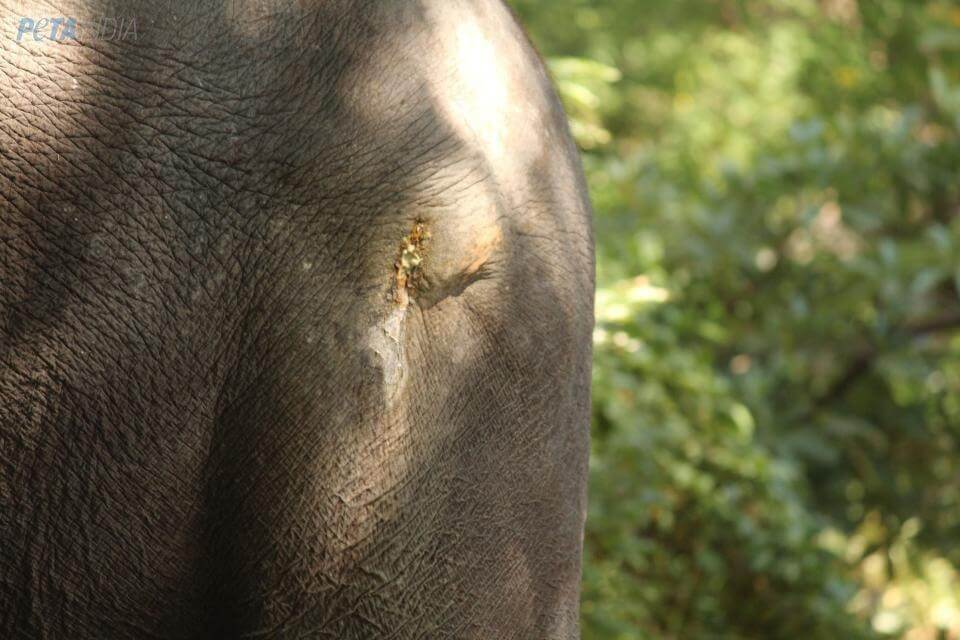 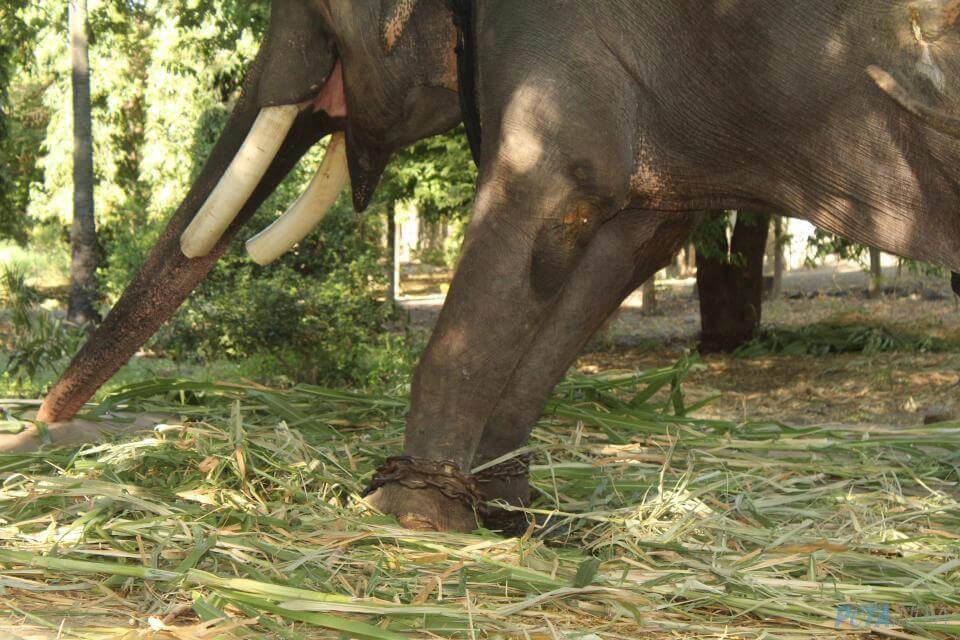 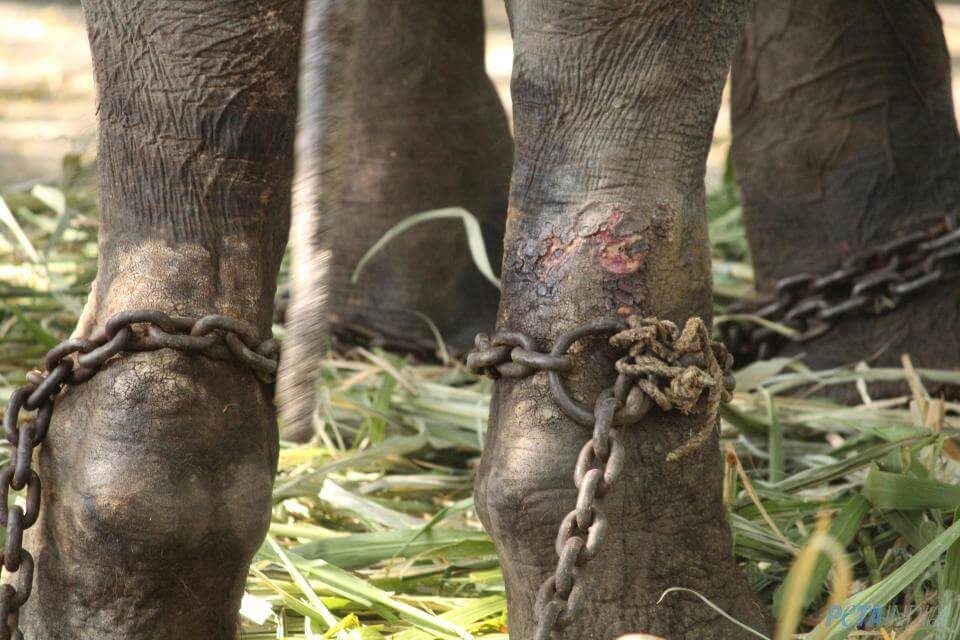 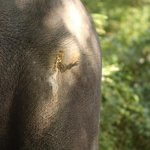 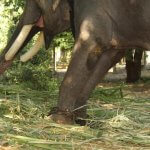 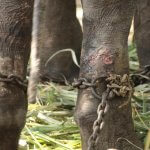 3. His tusks were hacked off, and he swayed and bobbed his head, deeply depressed. 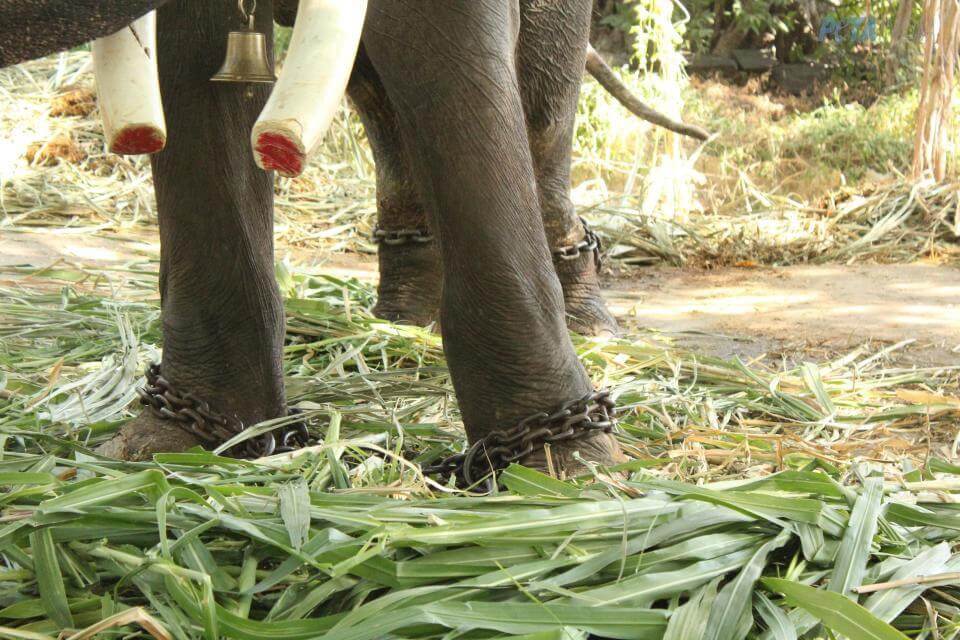 4 .When he became too old and sick to be used to beg for money, he was left to suffer in agony. 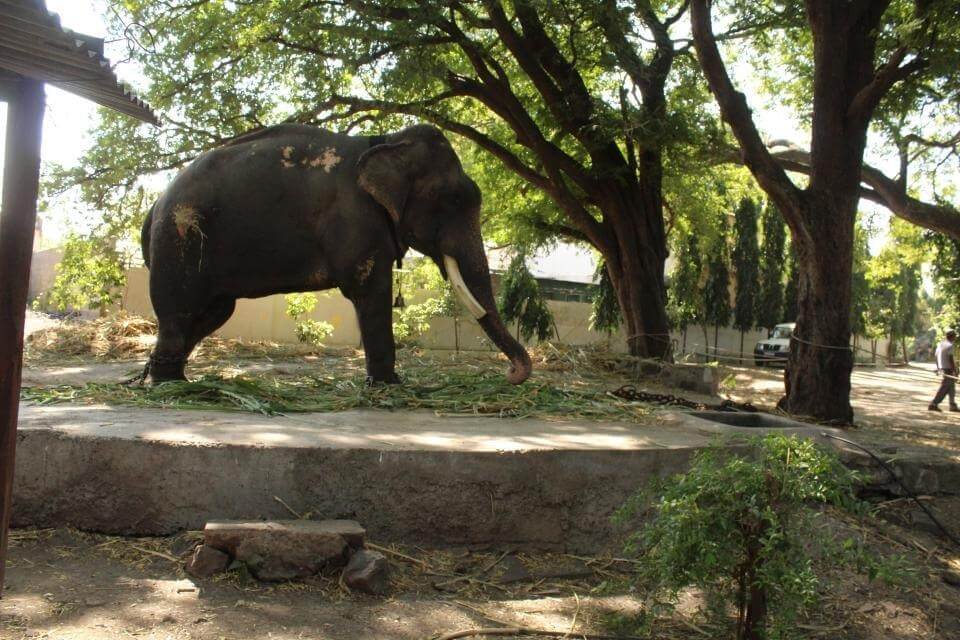 5. When PETA learned of his situation, we began a #FreeGajraj campaign, which quickly garnered worldwide attention, and more than 200,000 supporters signed a petition demanding his freedom.

6. The campaign was also supported by numerous kind celebrities – including Jacqueline Fernandez, Athiya Shetty, Suniel Shetty, Sunny Leone, Sidharth Malhotra, and Sonakshi Sinha – who all shared information about his plight on social media.

It's appalling that we've let Gajraj stay shackled for 50+ years. Help him get the care he needs. Support @WildlifeSOS and @PetaIndia pic.twitter.com/fhy1rMndg4

.@PetaIndia Please help free him and get him to a sanctuary as no one should live like this!!! ?https://t.co/Hwtcqsq02M pic.twitter.com/OJEsQ6EKcr

7. In June 2017, the Maharashtra Forest Department made the decision to rescue ailing Gajraj. 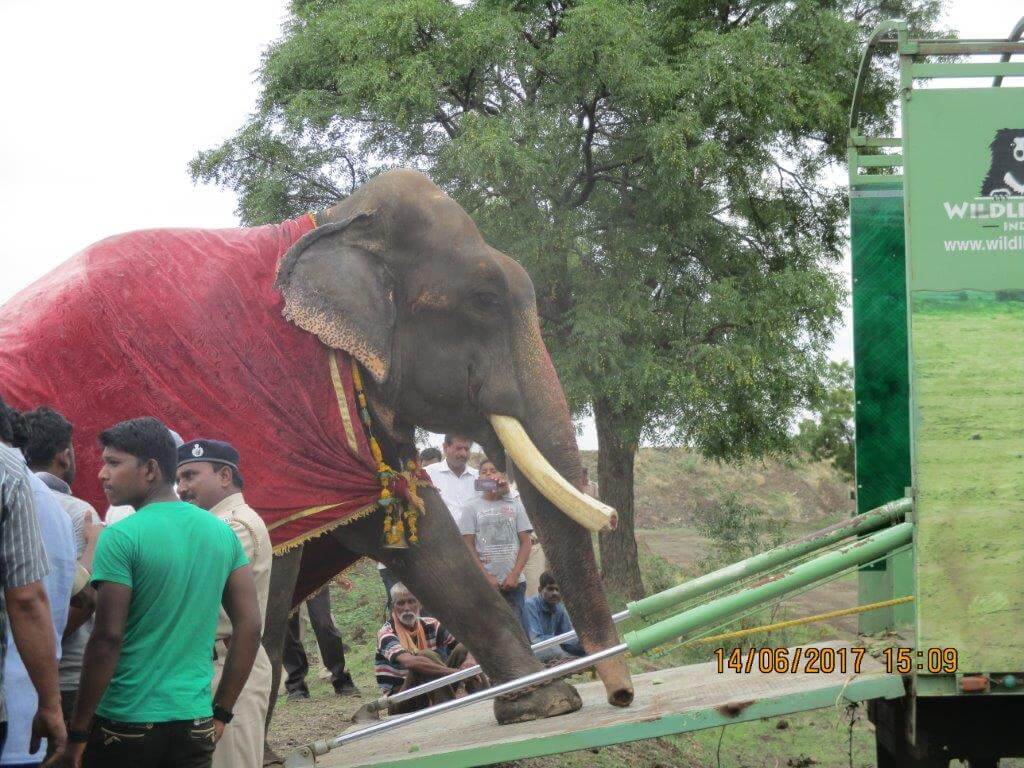 8. During the rescue, hundreds of local villagers at first protested against freeing him, but once the rescuers convinced them that he would have a better life at a sanctuary, they bid him farewell with their blessing.

9. He was loaded onto a Wildlife SOS truck to be transported to Mathura.

10. After the three-day journey, he finally reached his new home at the ECCC – a collaborative project of Wildlife SOS and the Uttar Pradesh Forest Department. 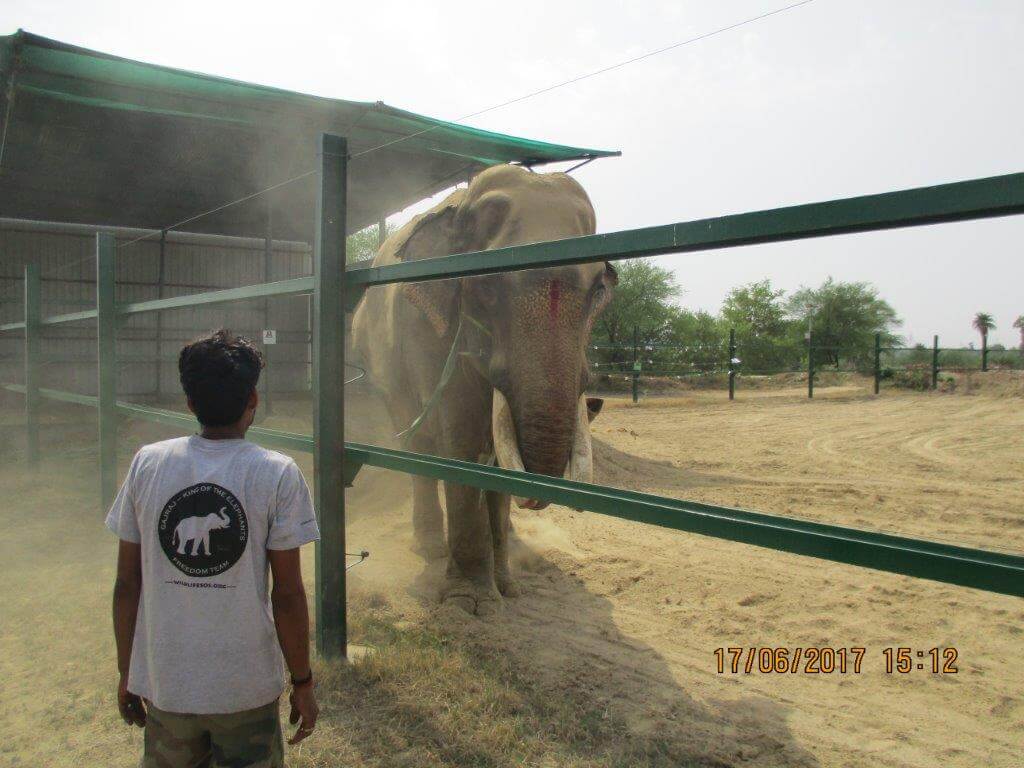 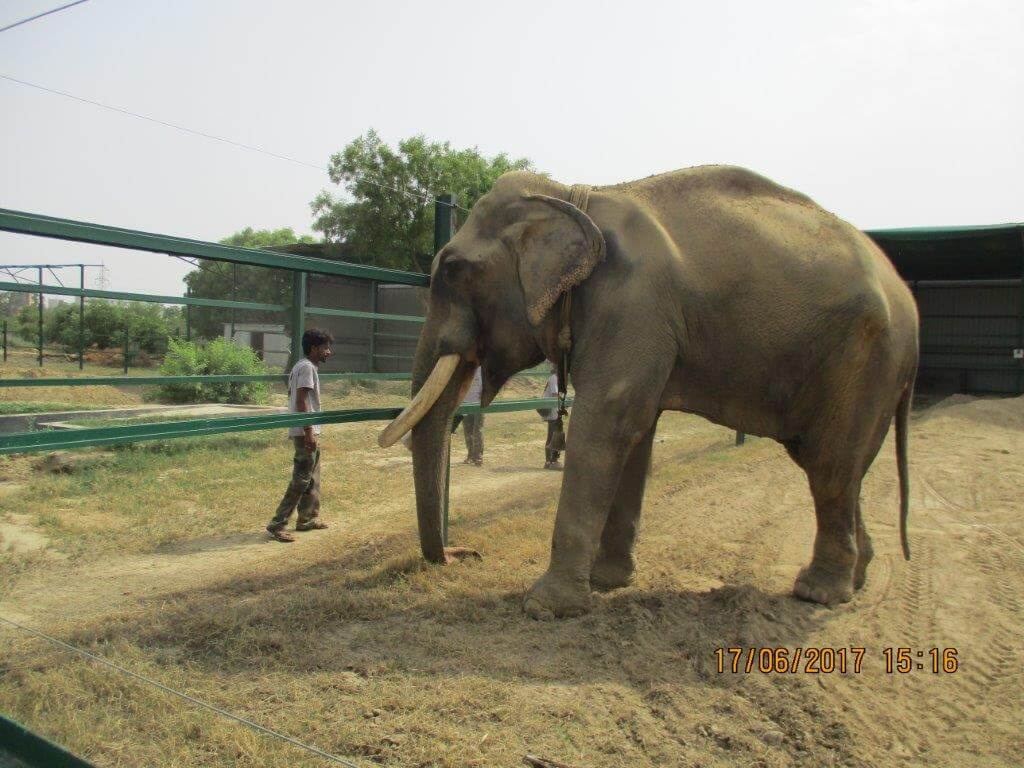 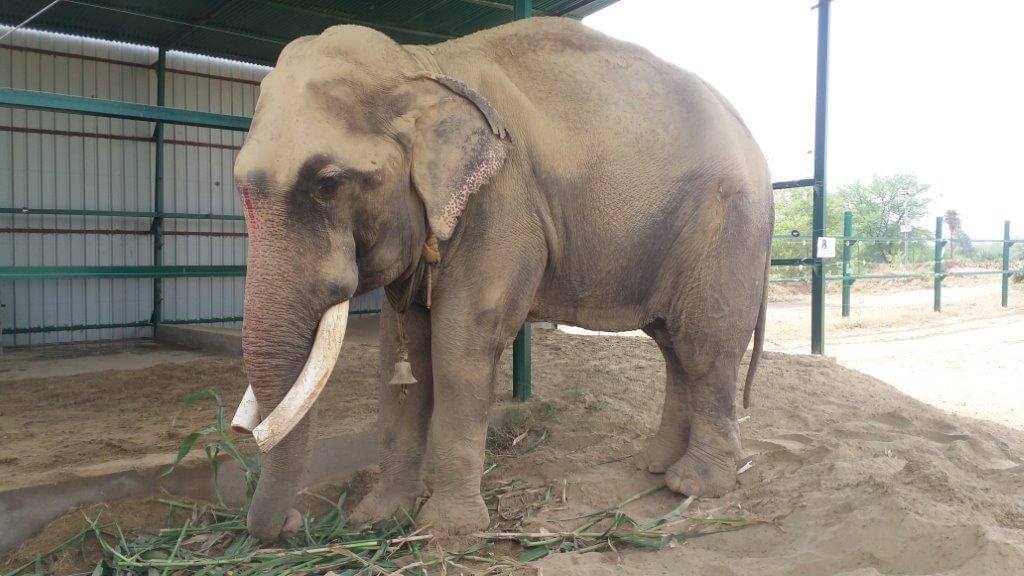 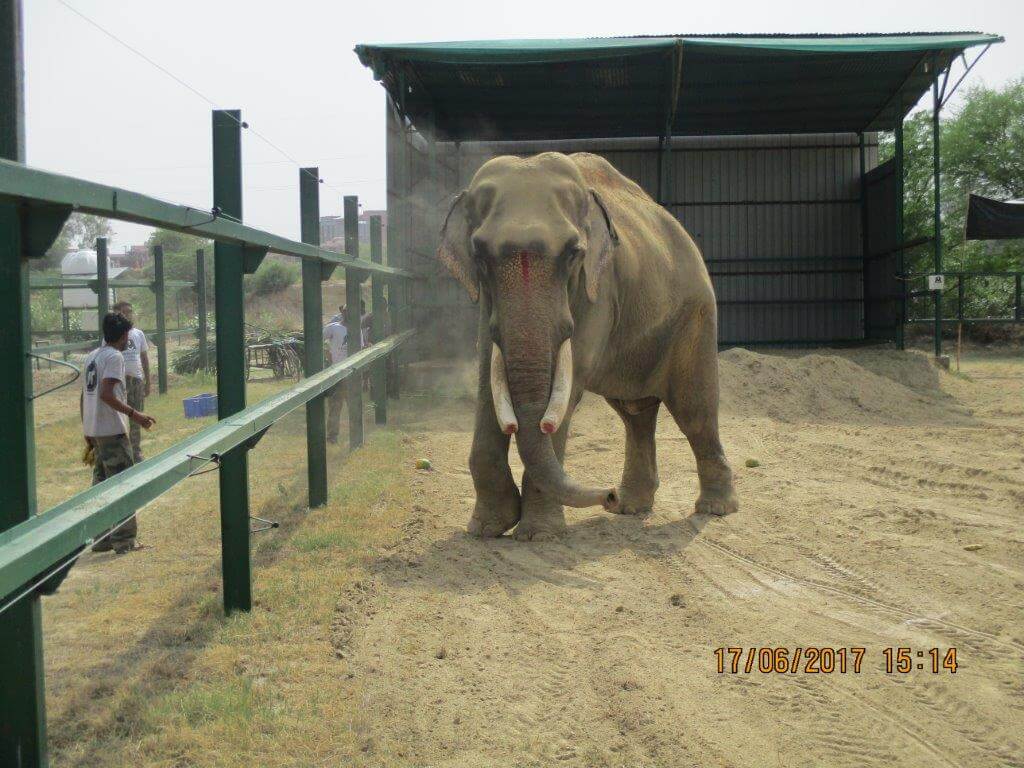 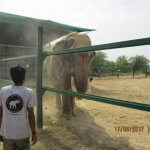 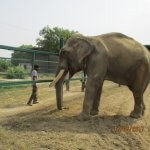 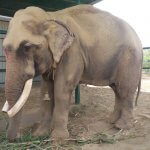 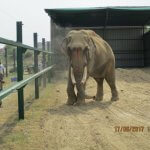 PETA arranged for the ECCC to take him in and has paid to build his new home. Finally, at age 63, he will be able to live out his life in a natural setting, where he can just be an elephant. For the first time in more than half a century, he’ll be allowed to walk freely, bathe in pools, and enjoy the company of other elephants. He will have time to heal from his physical and emotional wounds. Wishing you a peaceful retirement, Gajraj!

Want to help other elephants like Gajraj? Act now to help stop elephants and other animals from suffering in Indian circuses: