After receiving a complaint from PETA India, Dindigul taluk police station registered a first information report (FIR) against the administrators of Great Indian Circus for forcing dogs, horses, and camels to perform tricks that are not approved by the Animal Welfare Board of India (AWBI). The AWBI is the prescribed authority under the Prevention of Cruelty to Animals (PCA) Act, 1960, which regulates the use of animals for performances in the country. In its complaint to the police, PETA India also submitted evidence of violation of the law. 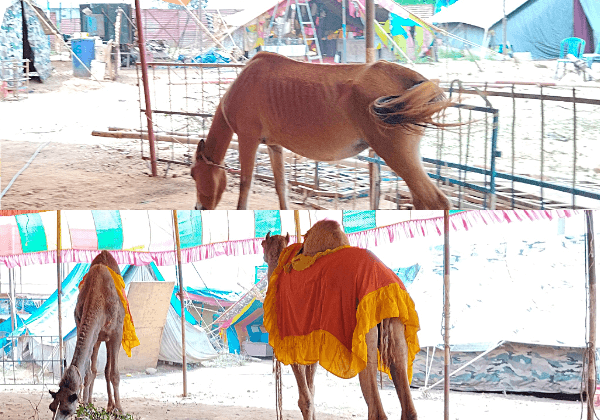 The FIR was registered at the Dindigul taluk police station under Sections 3, 11(1)(a), and 26 of the PCA Act for forcing animals to perform unregistered tricks. The FIR also includes Section 289 of the Indian Penal Code, 1860, for negligent conduct with respect to a dog who ran into the seating area.

Several AWBI inspections and numerous investigations by PETA India prove that animal circuses are cruel. Animals in circuses are continuously chained or confined to small, barren cages when not used for performances. They’re deprived of adequate veterinary care and food, water, and shelter and often forced to perform tricks through punishment. Many display stereotypic, repetitive behaviour indicative of extreme stress.

Help Stop the Use of Animals in Circuses