Designer Chhaya Gandhi showed her true stripes at the JD Institute of Fashion Technology‘s show on 22 May when she dedicated her stylish new collection to support PETA India’s efforts to help tigers and other animals who are held captive in zoos.

All the outfits in her new tiger-themed collection – Fashion for Freedom – which is made from recyclable polyester and other eco-friendly vegan materials, feature this tag explaining why it’s cruel to keep animals in zoos:

This outfit is vegan because I care about animals. It is also part of my Fashion for Freedom collection for the same reason. You see, zoos are prisons that make tigers and other animals miserable, and do nothing toward protecting the species in their natural homes. Join me and PETA India in saying yes to freedom and no to zoos. For more information, visit PETAIndia.com.

To show everyone at the event just how miserable “life” in a zoo is for animals, Chhaya played this touching video just before the models took to the runway. And to make sure no one missed this important message, the models walked in front of a giant backdrop that proclaimed:

Zoos are nothing more than prisons for animals who have done nothing wrong. #BoycottTheZoo pic.twitter.com/Ln4iMlClx4 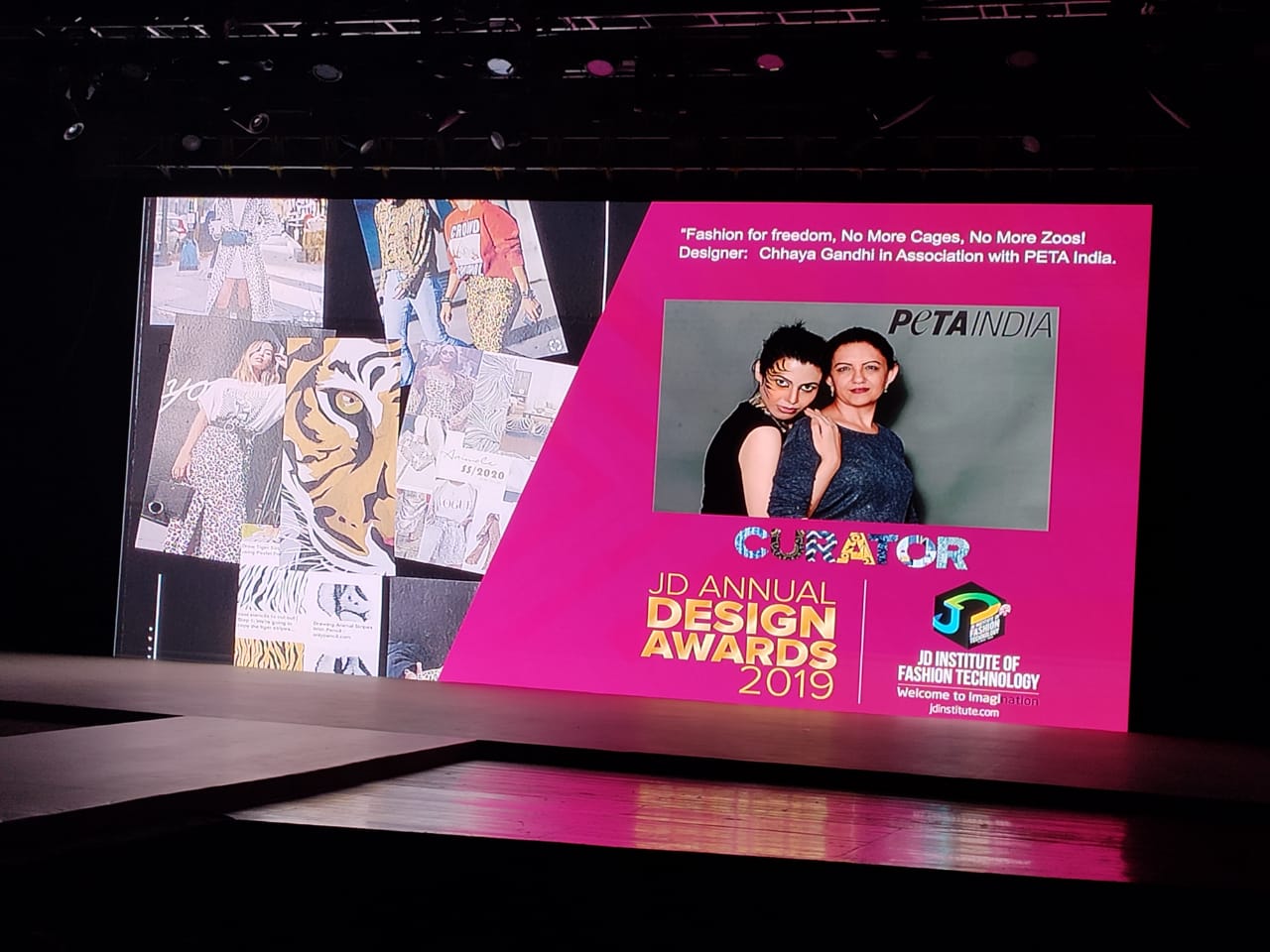 PETA India is so grateful to Chhaya not only for being a leader in vegan fashion but also for making it clear that locking up animals in zoos is cruel and no way to save endangered species.

Tigers are facing major threats, including poaching, habitat destruction, and the effects of climate change. These magnificent animals are also killed for their fur and other body parts, which are sold on the black market.

As the tag on Chhaya’s fashions explains, zoos and other forms of captivity do nothing to address the reasons why populations of tigers and other animals are dwindling. Animals who are bred or kept in captivity can rarely be released into their rightful homes in nature, and no zoo can come close to providing the space, stimulation, and environment that animals need to thrive. Many animals in zoos become so frustrated and stressed by confinement that they pace, sway, or bob their heads constantly to try to cope with their despair.

PETA India is pushing for the crores of rupees that go towards imprisoning animals in zoos to be used instead to protect animals in their natural homes and for zoos and other forms of cruel captivity to be phased out.

You can help, too, by never patronising zoos and urging everyone you know to stay away from them. Also, if you witness any cruelty towards animals in zoos, please report it to the Central Zoo Authority.