Acting on a complaint by PETA India, the Chengalpattu forest department seized seven parakeets from seven fortune-tellers in the Thiruporur forest range in a special raid conducted on Tuesday. The fortune-tellers were illegally keeping the birds in small cages. The officials registered a preliminary offence report under Sections 9, 39, and 51 of the Wild Life (Protection) Act (WPA), 1972, and apprehended the fortune-tellers. Parakeets are protected under the WPA, 1972, and capturing and keeping them is a punishable offence that can result in a jail term of up to three years or a fine of up to Rs 25,000 or both. 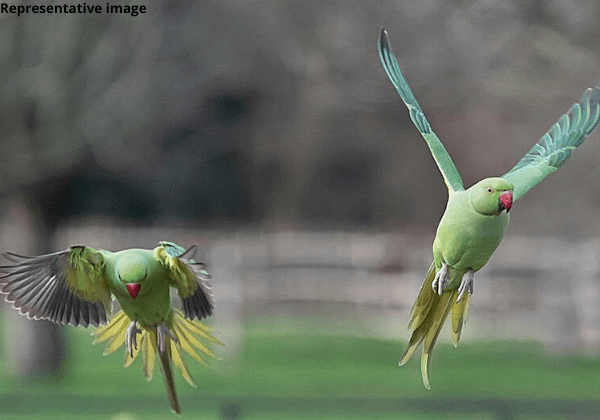 PETA India swung into action after comedian Sunil Grover posted a reel of a fortune-teller with a parakeet on Instagram, working alongside the forest department to rescue the birds and apprehend the fortune-tellers. PETA India had awarded the department with a Hero to Animals Award in April to thank it for rescuing four parrots – who were being illegally sold online for astrology scams – and for aiding in the arrest of two men who were allegedly involved.

In the illegal bird trade, countless birds are torn away from their families and denied everything that is natural and important to them so that they can be sold as “pets” or bogus “fortune-tellers”. Fledglings are often snatched from their nests, while other birds panic as they’re caught in traps or nets that can seriously injure or kill them as they struggle to break free. Captured birds are packed into small boxes, and an estimated 60% of them die in transit from broken wings and legs, thirst, or sheer panic. Those who survive face a bleak, lonely life in captivity, suffering from malnutrition, loneliness, depression, and stress.

PETA India advises anyone who has a bird they would like to set free to do so only by working with a local forest department or an animal protection group.

Help Us Ban the Caging of Birds