She brought India into the limelight in the 2010 Commonwealth Games by winning the gold medal in the women’s doubles event. Now she is bringing attention to gentle giants who are abused in circuses. Ashwini Ponnappa was chained and shackled while holding a placard reading, “Unchain Elephants: Ban Animal Circuses”, for a new PETA India campaign. Her point? That animals in circuses are deprived of everything that’s natural and important to them and are regularly beaten, all for a lifetime of cheap tricks. 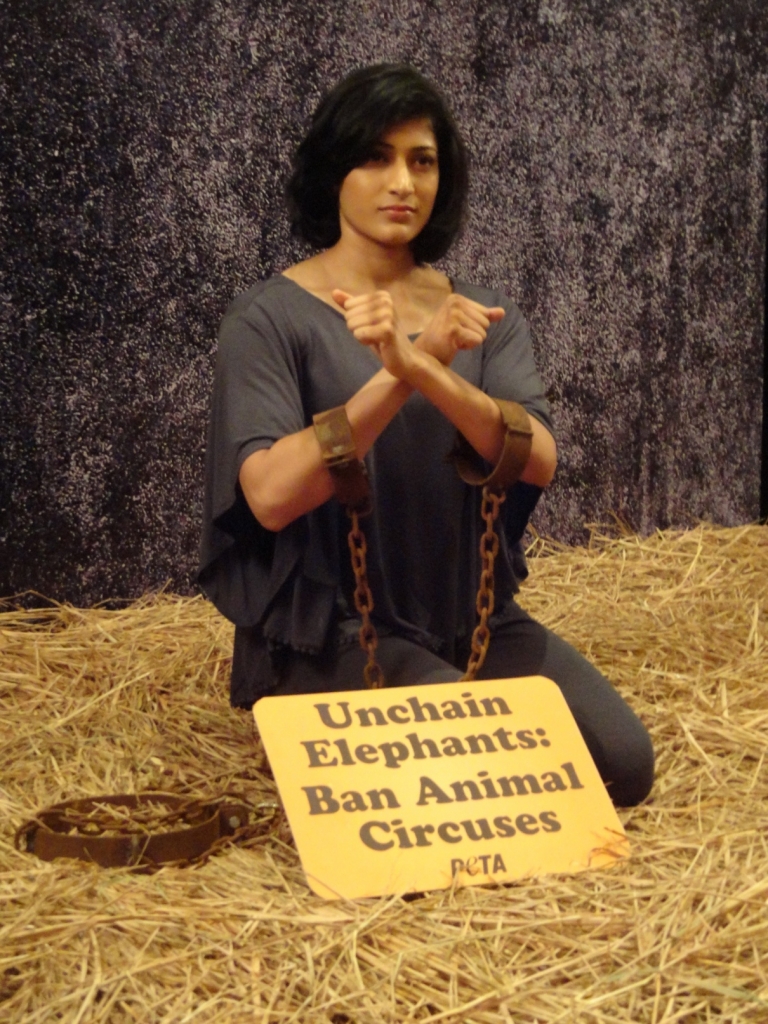 “When I play badminton, I am happy and it’s my choice, but elephants and other animals in circuses are forced into performing cheap and silly tricks”, says Ashwini. “Nobody likes to be in chains and shackles. Put yourself in their place and think about the atrocities that these animals have to go through. Beatings, hunger and a life full of suffering, away from their families just for human amusement: no one deserves this.”

Elephants and other animals in circuses are subjected to chronic confinement, physical abuse and psychological torment. Whips and other weapons – including ankuses, which are heavy, sharp, steel-tipped rods – are often used to inflict pain on elephants and beat them into submission. Following a nine-month investigation of circuses by a team that included representatives from PETA India and its sister organisation, Animal Rahat, the Animal Welfare Board of India, a statutory body operating under the Ministry of Environment and Forests, decided to stop the registration of elephants used to perform in circuses. However, this decision has yet to be implemented.

The only way to end cruelty to animals in circuses is to ban animal acts. Also, encourage your friends and family members to shun circuses that use animals by sharing this page.