With her stellar performance alongside Hollywood bigwigs in Bhopal: A Prayer for Rain, UK-based actor Fagun Thakrar has proved that she is here to rule the roost. 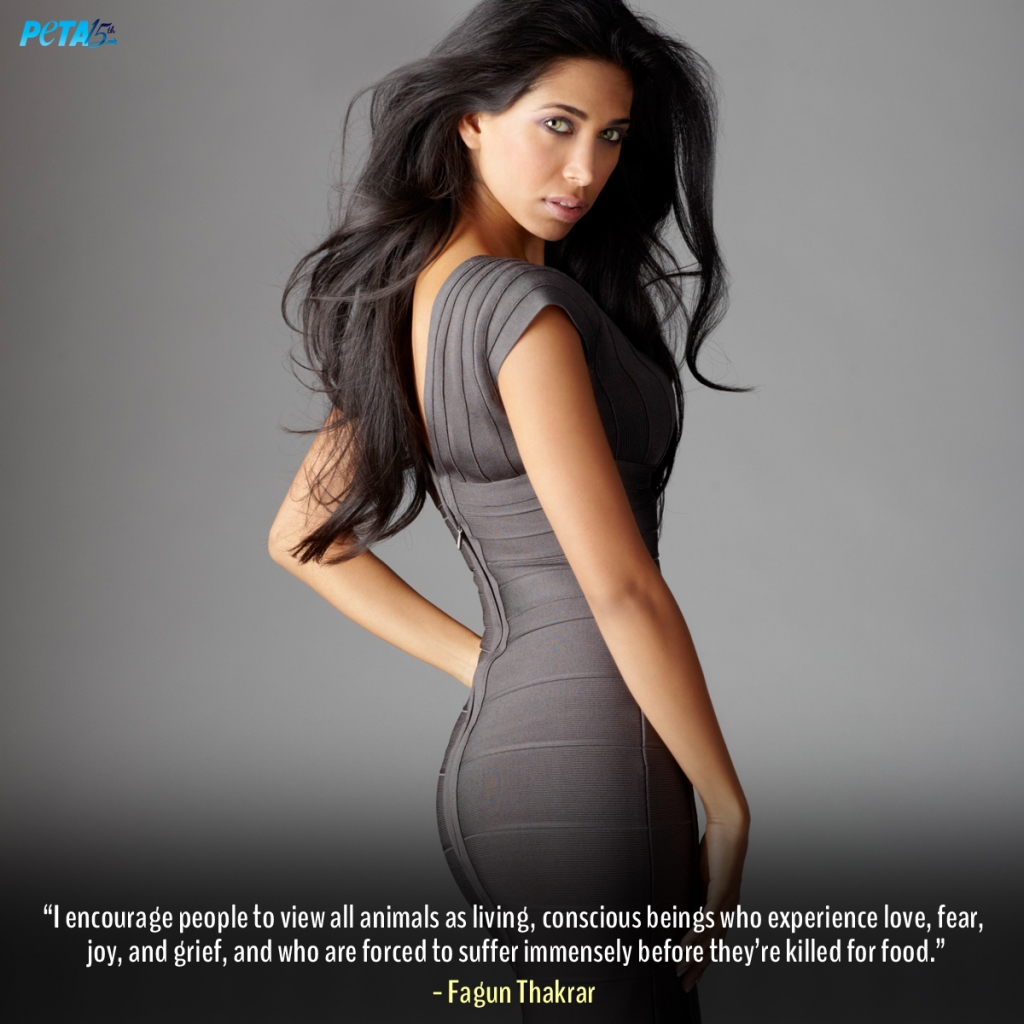 Fagun recently took out time from her busy schedule to share her thoughts with PETA India about going vegetarian, her concern for animals, good health, protection of the environment, spirituality and why this movie was important to her.

Here’s what she had to say:

Tell us why you’re vegetarian.

I believe that vegetarianism on the whole is a much better way of living for me personally. In addition to the obvious health reasons, I find that being a vegetarian is also positive for me on an emotional and spiritual level.

Have you been vegetarian all your life? If not, what made you go vegetarian?

I come from a Hindu family, so the veneration of animals, particularly cows, was a large part of my upbringing. However, I really committed to vegetarianism about 10 years ago, after I educated myself and watched videos documenting how animals raised for their meat are treated. It was so cruel that I had to remove myself completely from the process as a consumer.

Tell us why Bhopal: A Prayer for Rain was an important project for you and why you think it’s important to speak up in the face of injustice?

Bhopal was a very powerful project for me. As an actor, I am really drawn to roles that exemplify social consciousness. My role, in particular, embodied the community aspects of coping with an environmental disaster. Working to convey this message was incredibly rewarding.

Tell us how this translates into concern for animals, too.

How do animals suffer in the meat industry?

The entire meat industry is so cruel that it’s difficult to sum up succinctly. Even the transport of animals is indicative of the horrible barbarity of the meat industry. For instance, in India, livestock, cows, buffalo, goats and sheep are crammed into vehicles in such high numbers that their bones snap or they suffocate. Many die en route. Chickens are also handled so roughly when thrown into trucks that their wings break. Those who survive are hacked apart with blunt knives in full view of their companions at slaughterhouses. Even fish suffer when they’re forced to live in an environment that does not even allow them to breathe and are mutilated while still alive.

Every year, billions of animals around the world have their bodies chopped up, are labelled as this or that cut and are wrapped in cellophane for the supermarket meat case. This consumer presentation distances us from seeing animals as living beings. I encourage people to view all animals as living, conscious beings who experience love, fear, joy and grief and who are forced to suffer immensely before they’re killed for food.

How does eating meat harm the environment?

The meat industry is one of the primary contributors to problems in our environment, including pollution, food shortages and the depletion of fish from our oceans. Raising animals for food also requires massive amounts of water, energy and land. Adopting a vegetarian diet is kind to animals while also protecting our own health and the environment.

Meat production is also a major contributor to global warming and the worst effects of climate change. According to a report published by the Worldwatch Institute, an estimated 51 per cent of worldwide greenhouse-gas emissions are attributable to agriculture, specifically from raising cattle, buffalo, sheep, goats, camels, pigs and poultry. A 2014 study published in New Scientist found that just by avoiding animal products, we can reduce the amount of greenhouse gases that our diets contribute to climate change by up to 60 per cent.

What would you like to say to your fans about going vegetarian?

What are some of your favourite vegan dishes?

I have eclectic tastes, and there are so many delicious vegan dishes from around the world! Right now, vegan Vietnamese summer rolls, avocado salad and India dishes, such as okra and aubergines, are my favourites.

What are the benefits of going meat-free?

There is so much science to support the vegetarian lifestyle: plant-based meals help protect us from heart disease, diabetes, obesity, strokes and cancer. Vegetarians also tend to have stronger immune systems and, on average, live 10 years longer than meat-eaters do. While the health reasons are consistently extolled, I also like to emphasise the spiritual and emotional benefits.

Is there anything else that you would like to add?

Being kind and compassionate to our animal companions on this Earth is really just being good to ourselves. Becoming a vegetarian has made it easier for me to meditate and connect with the world around me.