As part of our campaign to end the use of wild animals in film and television, PETA India is rallying the public to avoid Don Sandy’s new movie Gorilla, which features a chimpanzee named Kong. See below for the top five reasons not to buy a ticket to Gorilla or any other film that involves the exploitation of animals:

1. Captive primates are separated from their mothers.
Great apes used in the film and television industries are commonly torn from their frantic mothers shortly after birth, leaving both mother and baby traumatised for life.
2. They’re violently abused.
Trainers often punch, kick, beat, and even electrically shock apes during behind-the-scenes training sessions in order to make them perform “correctly” in the fewest takes possible.
3. Movie scenes might be short, but the animals suffer for life.
When chimpanzees reach adolescence and become too difficult to manage, they’re typically relegated to cramped cages, where they face decades of loneliness and isolation.
4. Using live animals is unnecessary.
Blockbusters such as the Planet of the Apes franchise and The Jungle Book have relied on technical wizardry and advanced computer-generated imagery (CGI) to create realistic animal characters without harming or harassing their live counterparts.
5. It leaves a legacy of harm.
Inaccurate portrayals of chimpanzees – such as when they’re used as human caricatures – have a negative impact on the species, which is endangered and which, according to Dr Jane Goodall, may become extinct within our lifetime. 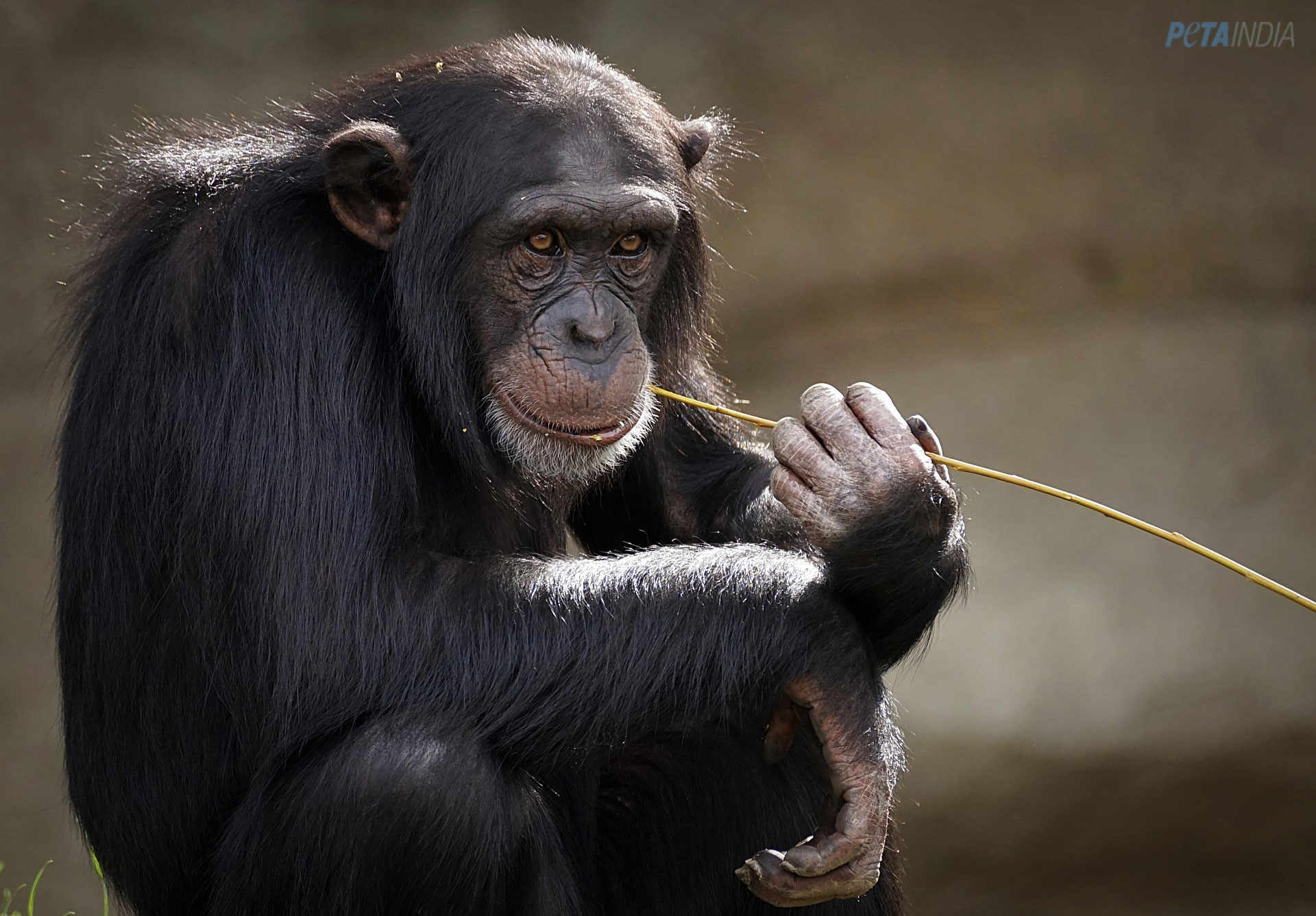 The PETA US TV spot “98% Human” – which uses cutting-edge technology to address the plight of great apes used for entertainment – won top honours in visual effects at the prestigious Cannes Lions festival, and the top 10 advertising agencies in the US have signed PETA US’ Great Ape Pledge never to use live apes in their projects.

You can help stop the exploitation of animals by the Indian film industry – please write a polite letter to Cabinet Minister of Information and Broadcasting Prakash Javadekar at [email protected] urging him to end the use of wild animals in film, TV, and advertising.