You’ve never seen anything like this before. These photos will make you think twice about buying that wool sweater or scarf.

Disturbing PETA US eyewitness investigations – the first of their kind – reveal that workers threw, beat, stamped on, kicked, mutilated and killed sheep as they sheared them in Australia, the world’s top wool exporter, and in the US. 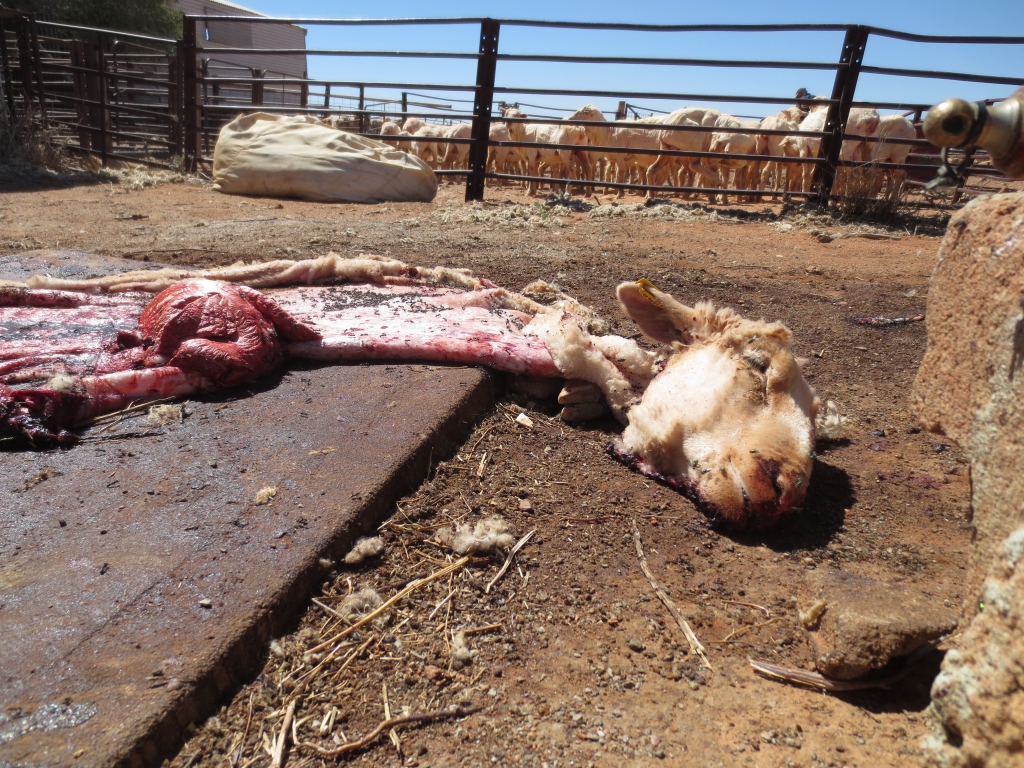 Unprofitable Australian sheep are often shipped to the Middle East to be slaughtered or are killed on farms. This animal’s butchered remains were left in full view of other sheep.

2. Sheep Whose Neck Was Broken 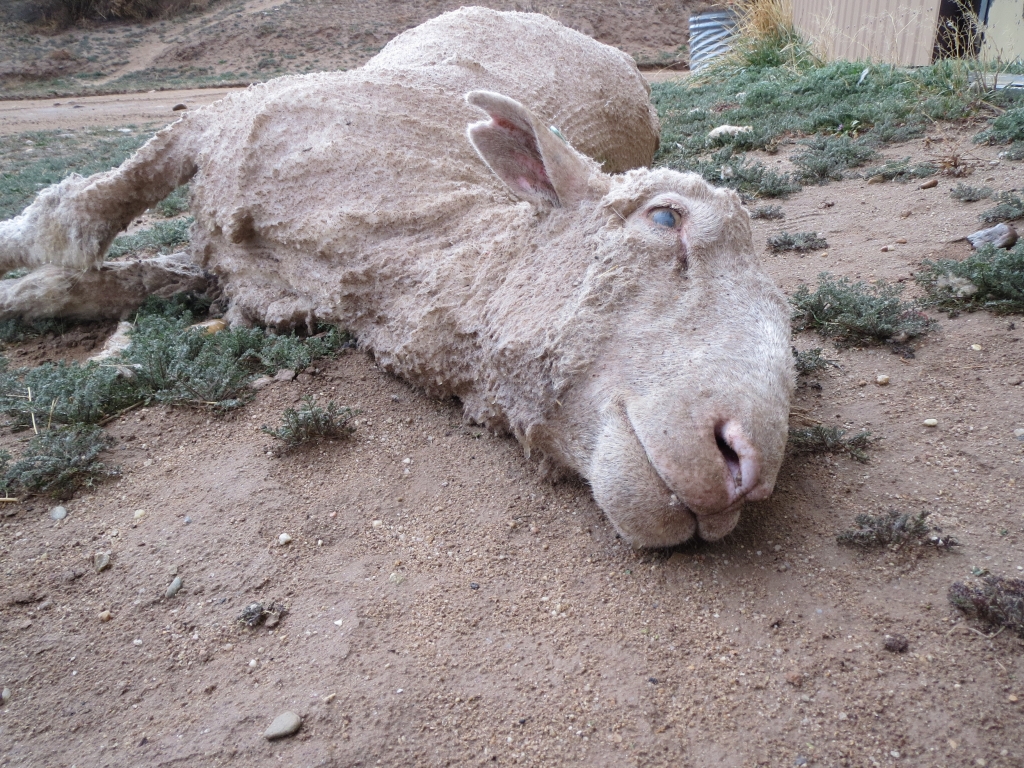 A shearer repeatedly twisted and bent this sheep’s neck, breaking it. The shearer kicked the sheep head-first down a chute. PETA US’ investigator found her dead. 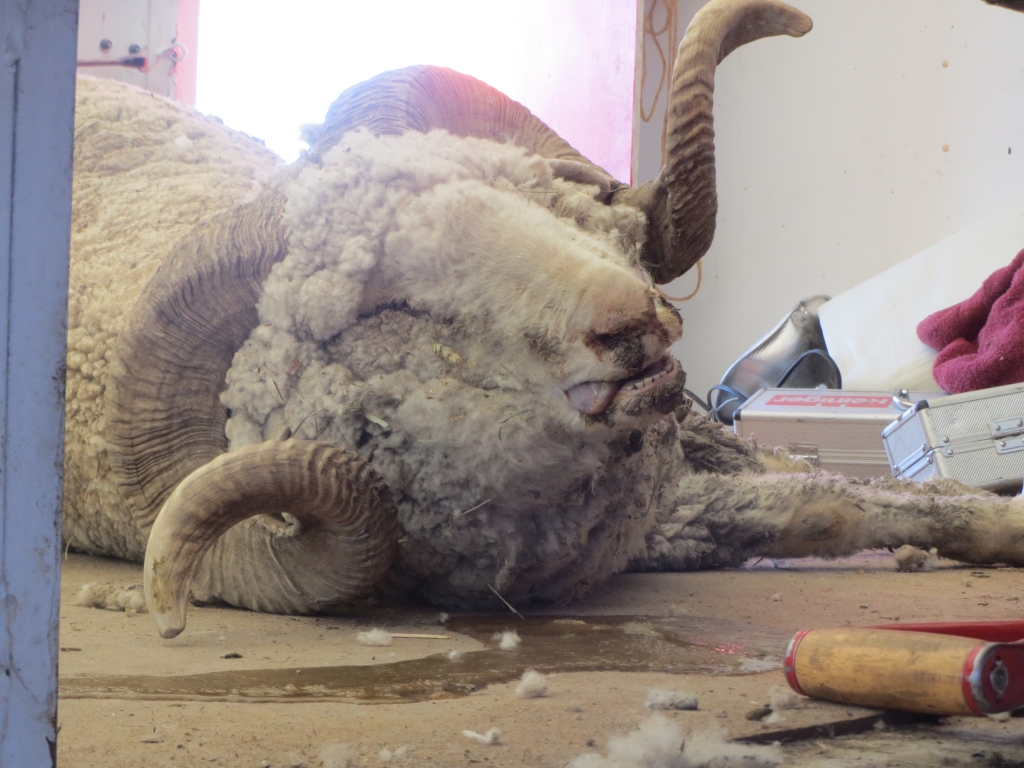 Workers hauled this ram into a trailer to be sheared and left him like this overnight. He was found dead in the morning, and a shearer cut the wool off his corpse.

4. Sheep Who Died During Shearing 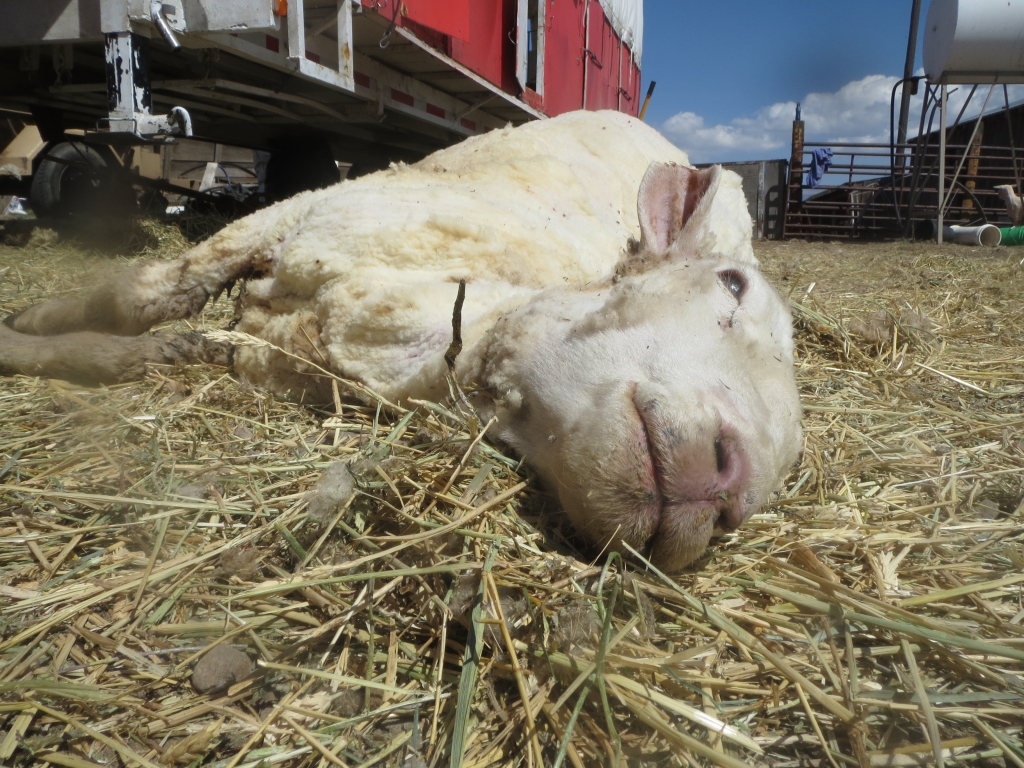 This sheep died while her wool was being clipped off. A shearing crew boss said of sheep who die during shearing, “It happens … every year”.

5. Sheep Deprived of Food and Water 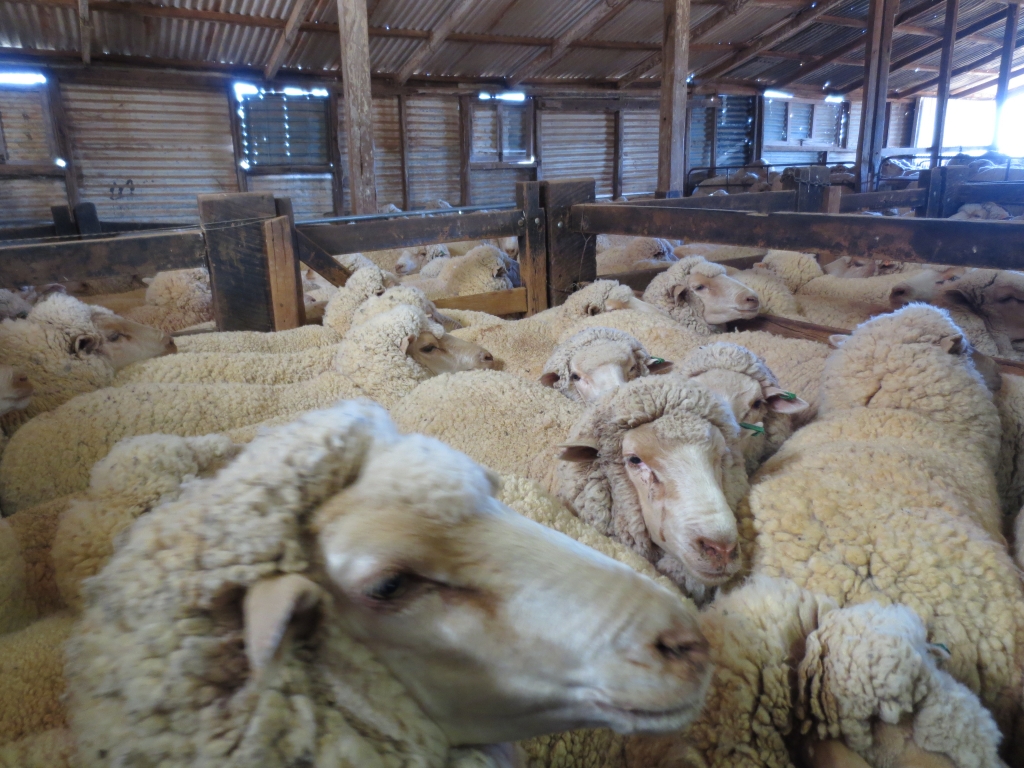 Food and water are withheld, sometimes overnight, in part so that the sheep will put up less resistance when shearers are handling them. 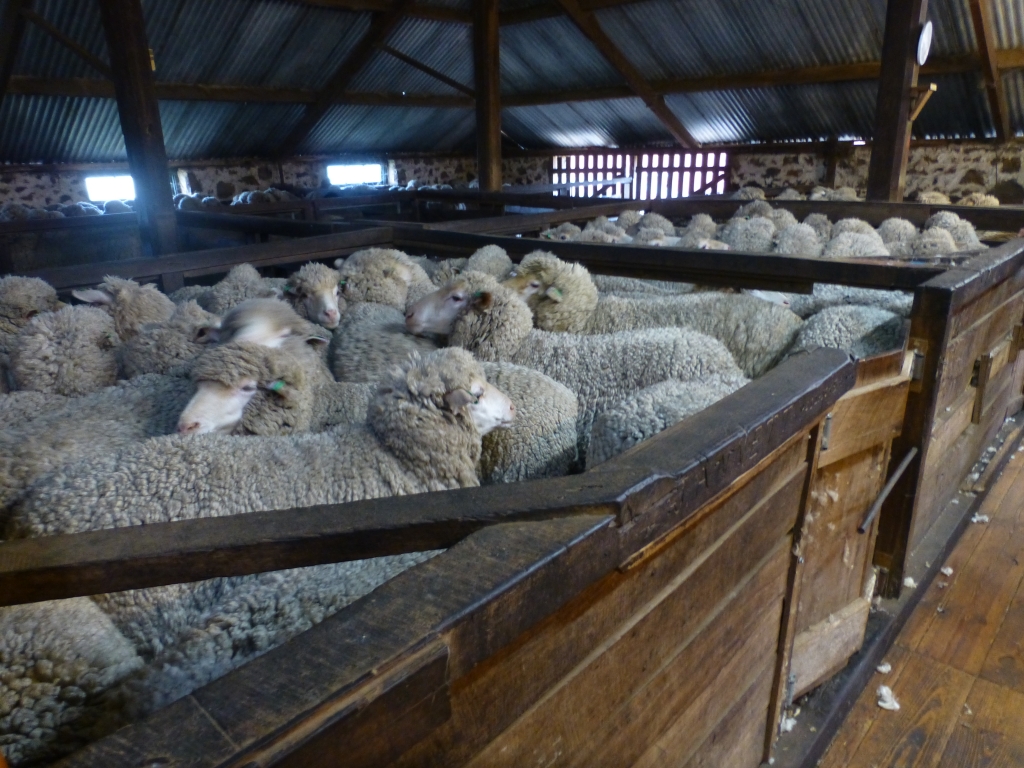 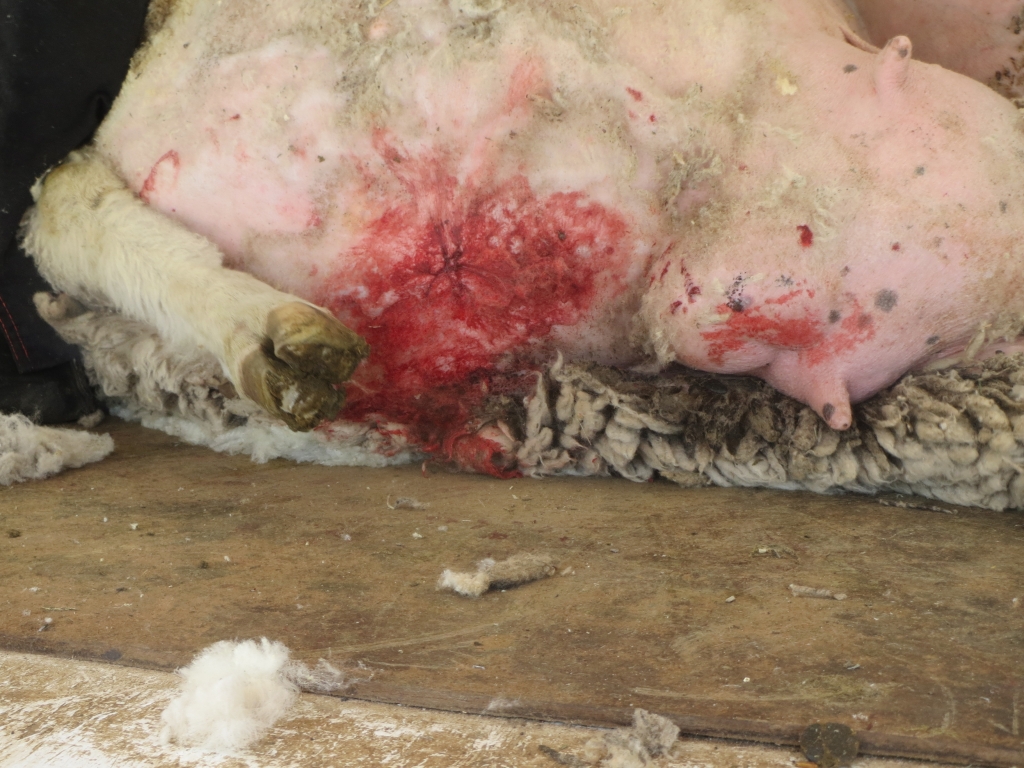 Workers didn’t give sheep any painkillers before pushing needles through their flesh to try to close gaping, bloody wounds caused by shearing. 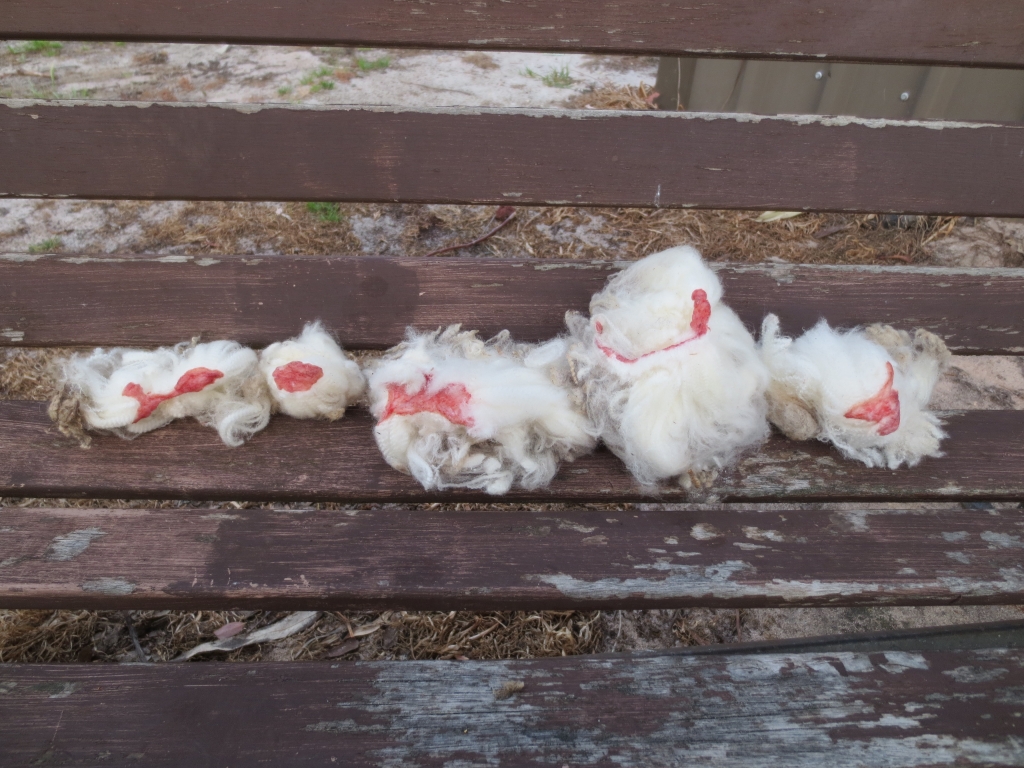 Shearers cut off large swaths of sheep’s skin, such as these, along with their wool and often wounded the animals. The investigators never saw any wounded sheep receive veterinary care. 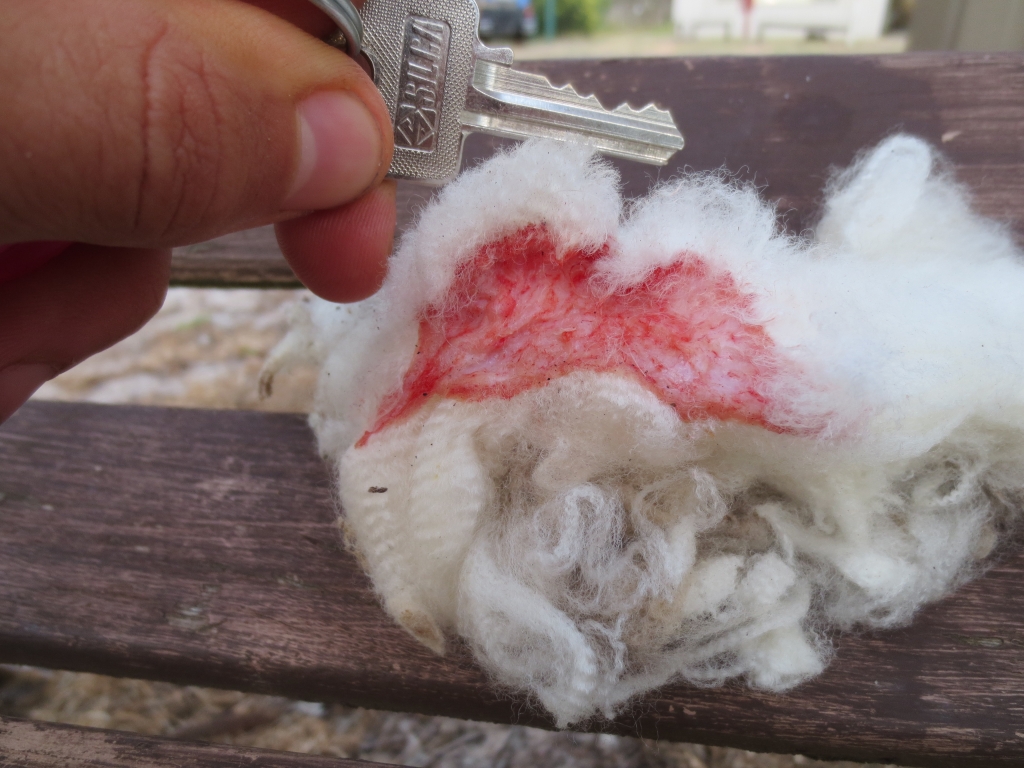 Chunks of sheep’s skin – up to 4 inches long – were found so often that one farm had a box marked “Skin,” into which wool handlers tossed pieces of flesh. 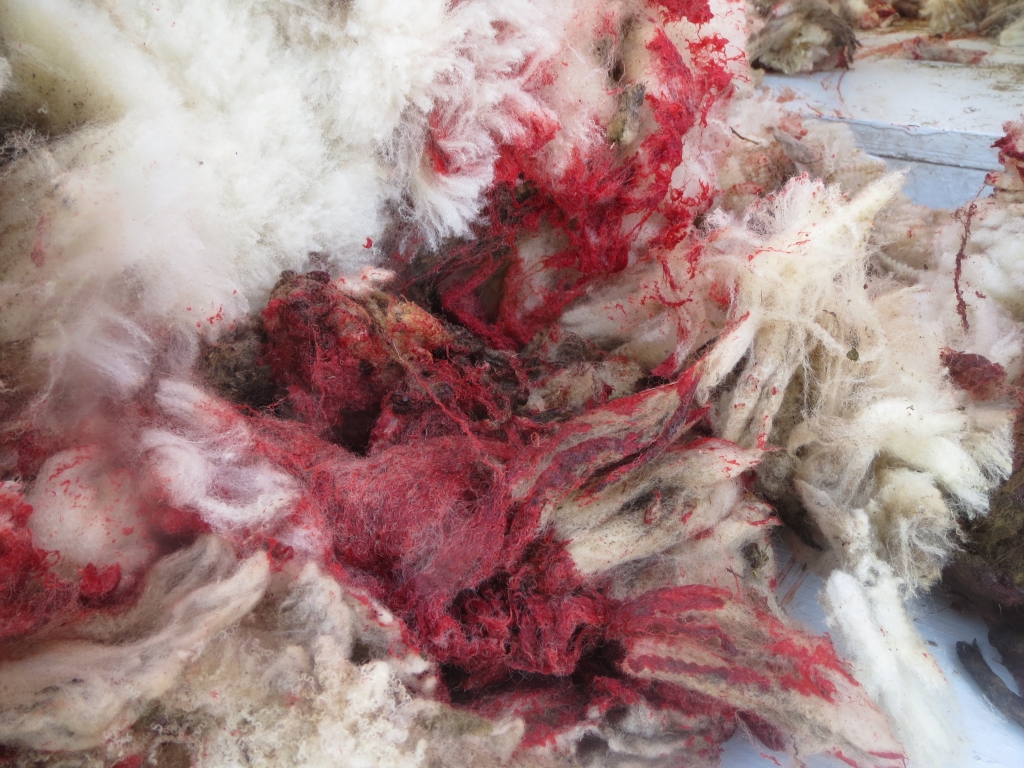 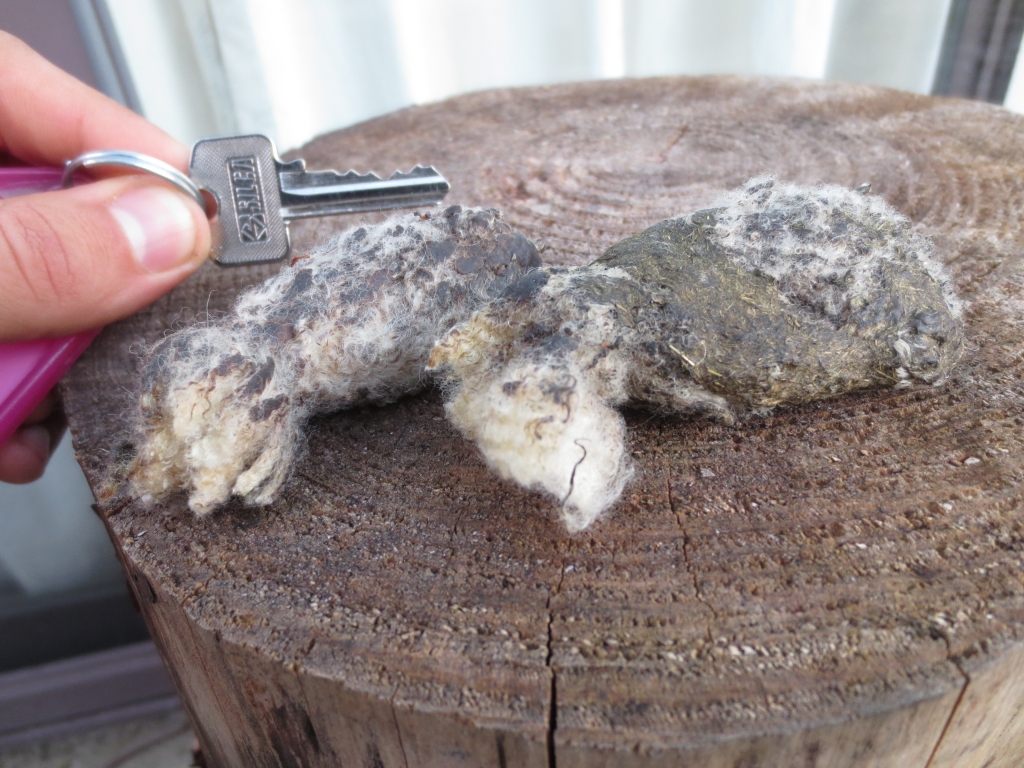 Farmers put rings around lambs’ scrotums without anaesthetics in order to castrate them. Wool handlers sometimes found testicles and scrotums that shearers had cut off on the floor. 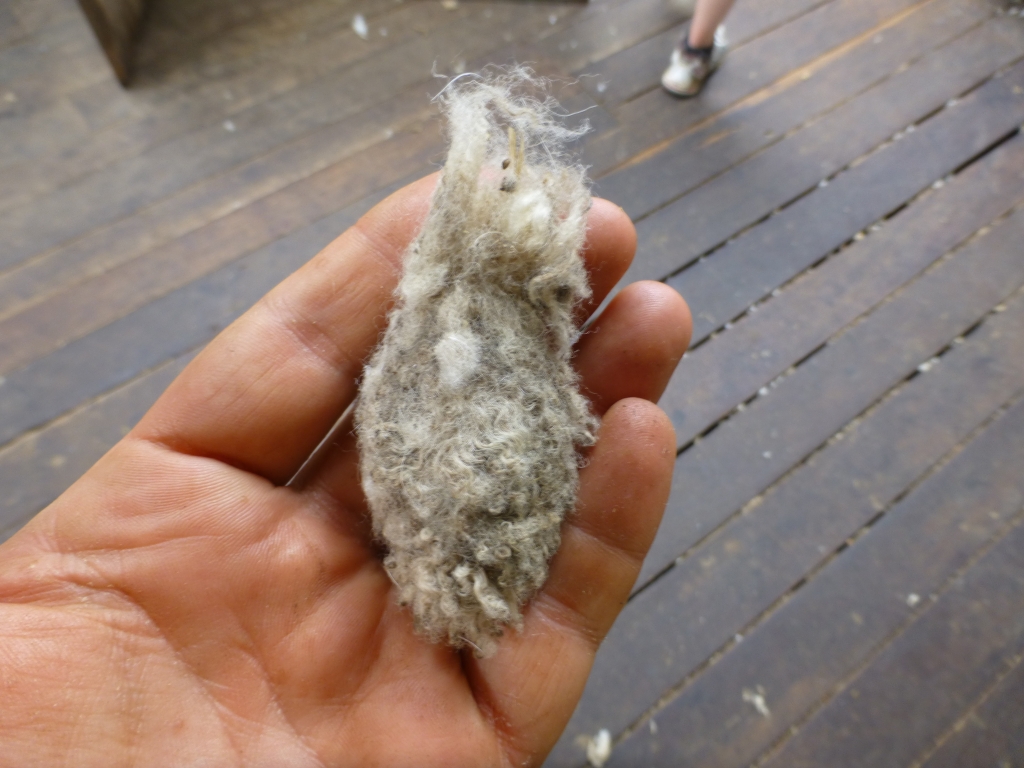 Another “ball bag” – the testicles and scrotum cut off by a shearer along with the wool – was found on the floor. 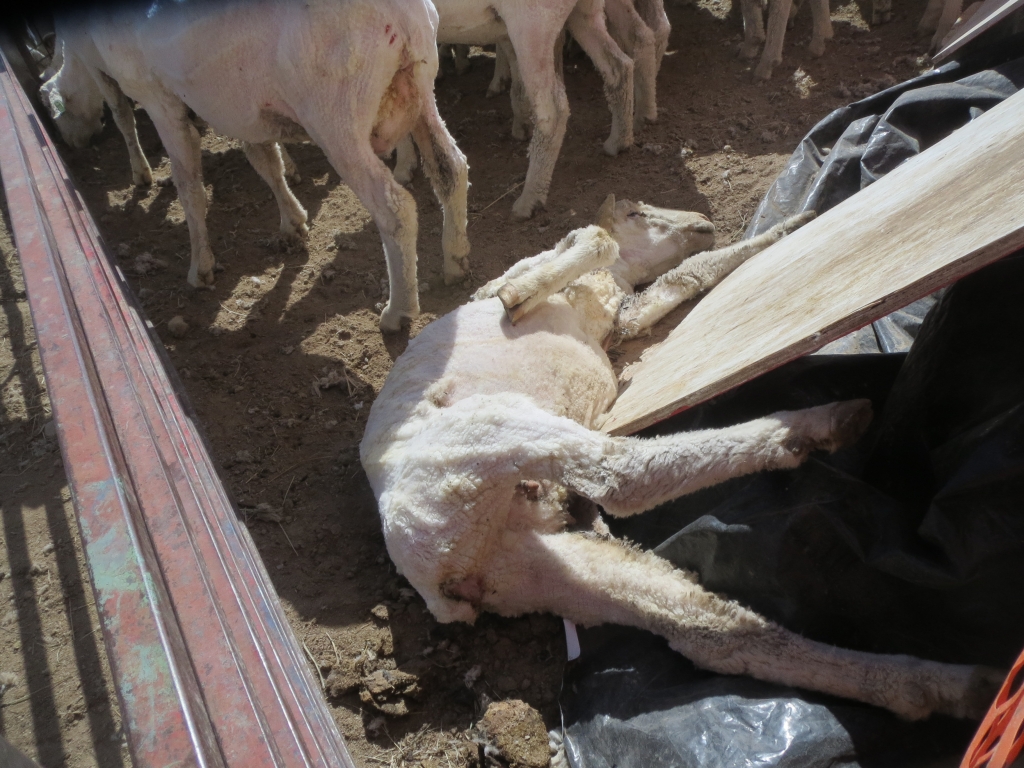 Shorn sheep were often thrown and kicked down chutes. This animal lay in danger of being trampled by the next sheep shoved down the ramp until PETA US’ investigator helped her stand up 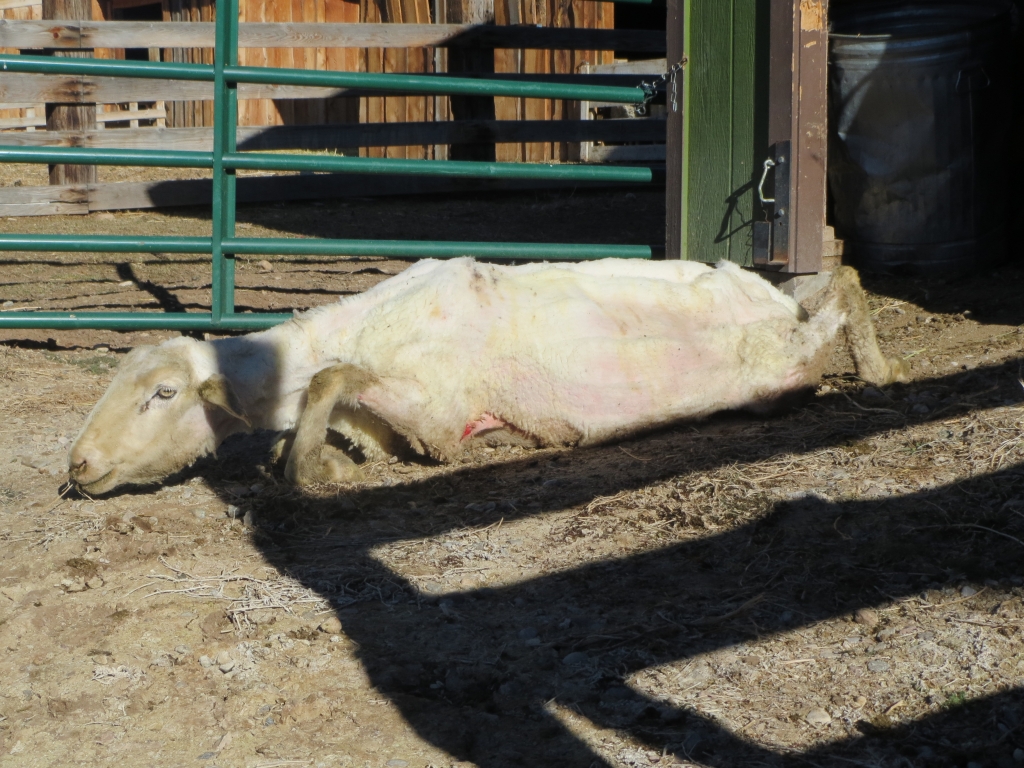 This sheep, who could not stand, was sheared and then dragged across the ground and outside a shed. She was left to lie like this, without water.