Friday, 8 June, is World Oceans Day – an opportunity for all of us to appreciate the underwater world and reflect on ways in which we can better protect it. The current state of the world’s oceans is frightening, but the good news is that by going vegan, you can help prevent the destruction of marine environments and save countless fish and other sea animals from an excruciating death. 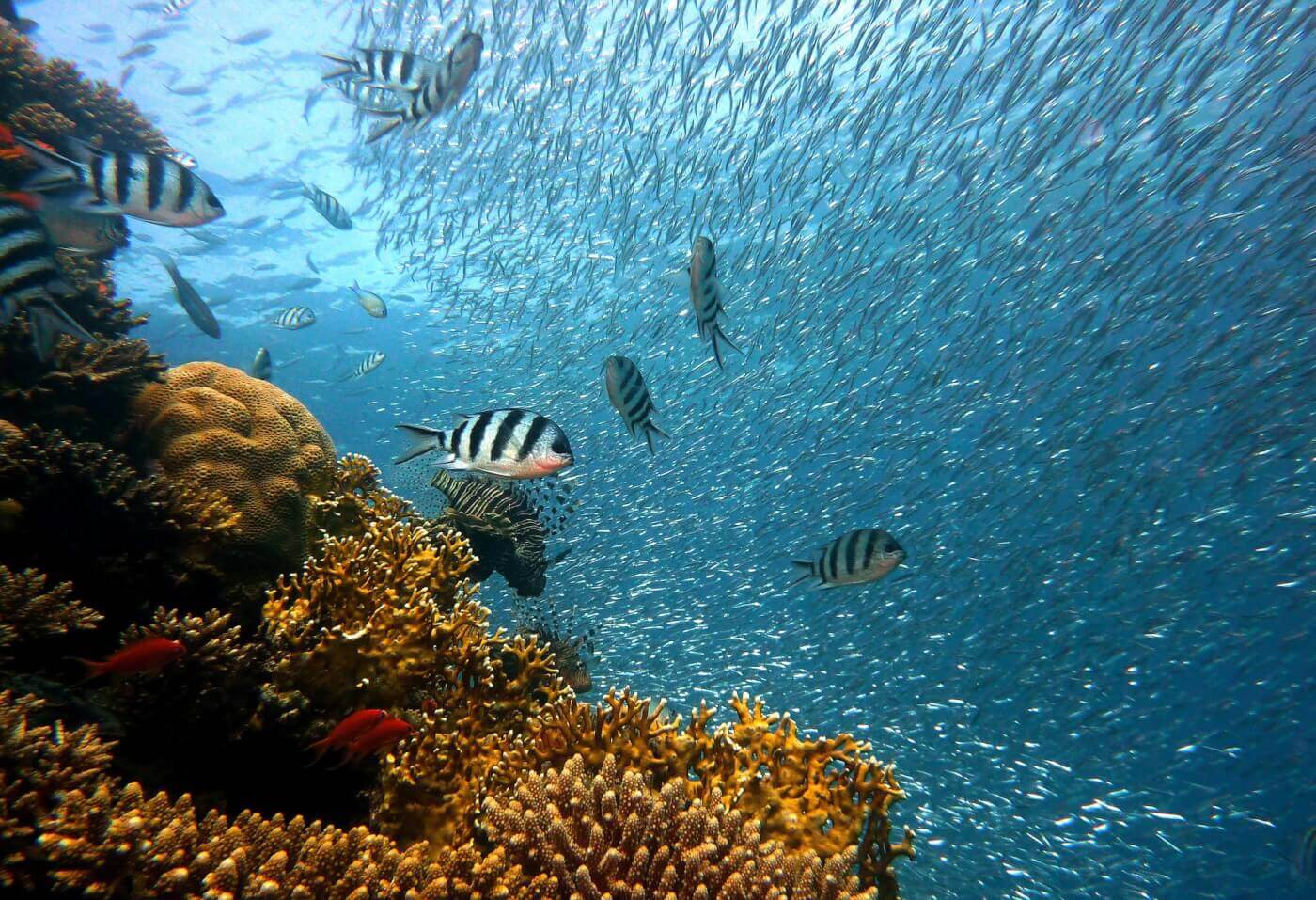 Commercial fishing is one of the greatest threats to marine environments. Every year, humans drag billions of fish out of the sea, resulting in dwindling populations and pushing many species to the brink of extinction. Massive trawlers with nets the size of football pitches sweep the seabed, destroying coral and marine plants and scooping up everything in their path. Every year, an estimated 300,000 cetaceans (whales, dolphins, and porpoises) are killed as “by-catch” after being caught in fishing nets, while turtles, seals, and birds also die from injuries caused by nets and tackle.

Even though fish and other sea animals are capable of feeling pain and suffering, they are usually slaughtered with absolutely no regard for their welfare. When pulled from the ocean’s depths, fish undergo excruciating decompression – the internal pressure causes their swim bladders to rupture, pops their eyes out of their heads, and pushes their stomachs out through their mouths. Many slowly suffocate in fishing vessels, while others are still alive when their throats and bellies are slit open. Crustaceans also feel pain and suffer when they’re taken from their ocean homes and cut, broiled, or boiled alive.

What Can You Do?

You can help end this suffering and reduce environmental destruction by going vegan today. With more and more vegan options appearing in shops and restaurants every week – including everything from vegan fish fingers to vegan fish and chips – it’s never been easier to make the switch. Order one of PETA’s free vegan starter kits today to help you on your way!