After Pope Francis encouraged world leaders at the United Nations (UN) climate summit, COP26, to take “radical” action to address the climate crisis, PETA UK sent His Holiness a letter urging him to set a “powerful example” for people around the world by going vegan. 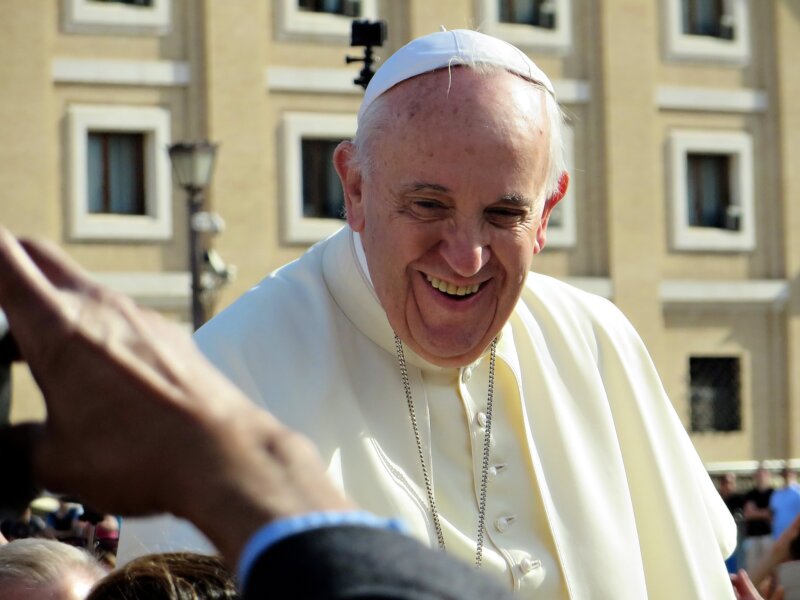 Go Vegan for the Planet

Going vegan is the single most effective action any individual can take to curb the climate crisis. Each person who goes vegan reduces their carbon footprint from food by up to 73%.

The UN states that animal agriculture is responsible for about 14.5% of global greenhouse-gas emissions – which, by some estimates, is greater than the entire world’s transportation systems combined – and that a global shift to vegan eating is needed to offset the worst effects of the climate crisis.

Female cows exploited for milk are forcibly impregnated over and over. Their babies are torn away from them so that humans can steal the milk that nature intended for their calves.

When their bodies are spent, they are often crammed into crowded trucks for a terrifying trip to the . Pigs, chickens, sheep, and other animals bred for their flesh, eggs, or secretions endure an equally horrific existence.

Each vegan spares nearly 200 animals a year this misery and a terrifying death.

It’s Time for the Pope to Ditch Meat

St Francis of Assisi exemplified compassion for animals, calling them our brothers and sisters under God. We hope Pope Francis will follow suit by rejecting the cruel practices of killing animals for their flesh and stealing their eggs and milk – and opting for nutritious vegan foods instead.

PETA UK named Pope Francis its Person of the Year in 2015 in honour of his treatise Laudato si’, in which he stresses the importance of treating animals with kindness. He wrote, “Every act of cruelty towards any creature is ‘contrary to human dignity’.”

Show compassion to all, regardless of their religion, species, or any other category used to justify discrimination. Order our free vegetarian/vegan starter kit this World Vegan Month (November). We’re here to help you every step of the way.