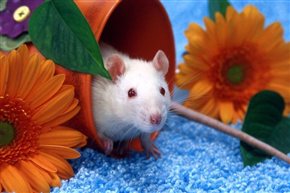 It’s a happy day for our rat friends: following a series of meetings and letters from PETA India and our supporters as well as a letter from the Animal Welfare Board of India (AWBI), Central Warehousing Corporation of India (CWC) has agreed to immediately stop killing rats in cruel aircraft fumigation tests.

Rats were being caged inside closed chambers filled with poisonous gas. Once the rats died, the fumigation was considered successful. CWC have assured PETA India and the AWBI that they won’t use live rats for fumigation operations from now on but will use approved, humane and scientific methods for pest control instead.
Maj Santokh Singh, Regional Manager of Central Warehousing Corporation of India, wrote, “We approached the concerned authorities intimating them about our decision to stop such practice so as to avoid any violation of the law. It has been informed to the users that there are other methods available to us which could be effectively used to prove the effectiveness of M.Br. gas”. 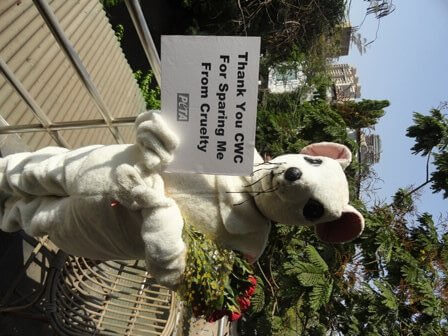 Thanks to everyone who helped with this campaign – your efforts paid off! To keep up to date with other campaigns and opportunities to help animals, please join our Activist Network.