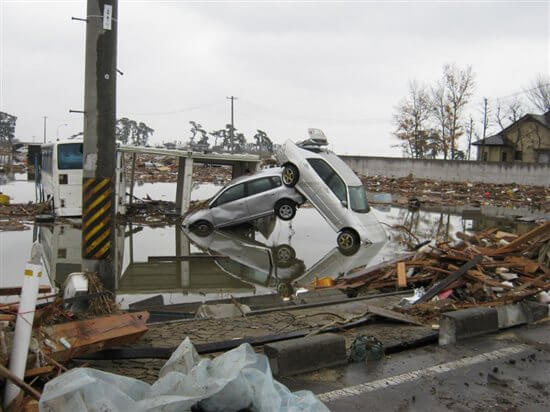 Senior PETA Asia campaigner Ashley Fruno has been in Japan with Isabella Gallaon-Aoki of Animal Friends Niigata since taking the first flight to Tokyo after the airport opened Saturday night. PETA Asia is the first international animal rights group on the ground in affected areas.

While it is apparent that most animals were swept away with humans in the most affected areas, Ashley and Isabella are ready to provide food, water, and care to animals abandoned when their guardians fled to evacuation centers.

They’ve provided food to animals whose guardians are having a hard time finding food because there are lines hundreds of people long to get into stores, and they’ve encountered citizens who have stayed in their shaky homes for days because many evacuation centers were not allowing companion animals inside.

“The damage left for survivors to deal with is absolutely horrific,” Ashley relayed. “These dogs and cats need rescue for the sake of the anguished people who were forced to choose between seeking refuge in evacuation centers and taking their beloved animal companions with them.” 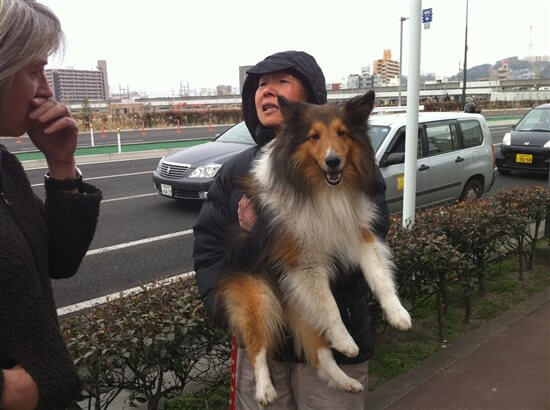 Despite long waits at gas lines, Ashley and Isabella continue to visit the worst-affected areas in search of animals who need help, and her team remains in touch with the volunteer relief center, city office, and prefecture office, which plans to set up a temporary shelter for animals in the north of the city. She is also talking to reporters and asking them to call her with information about animals in need.

You can help fund Ashley’s work and other rescue work by donating to PETA U.S.’ Animal Emergency Fund, which provides grants toorganizations that do rescue work, including PETA Asia.