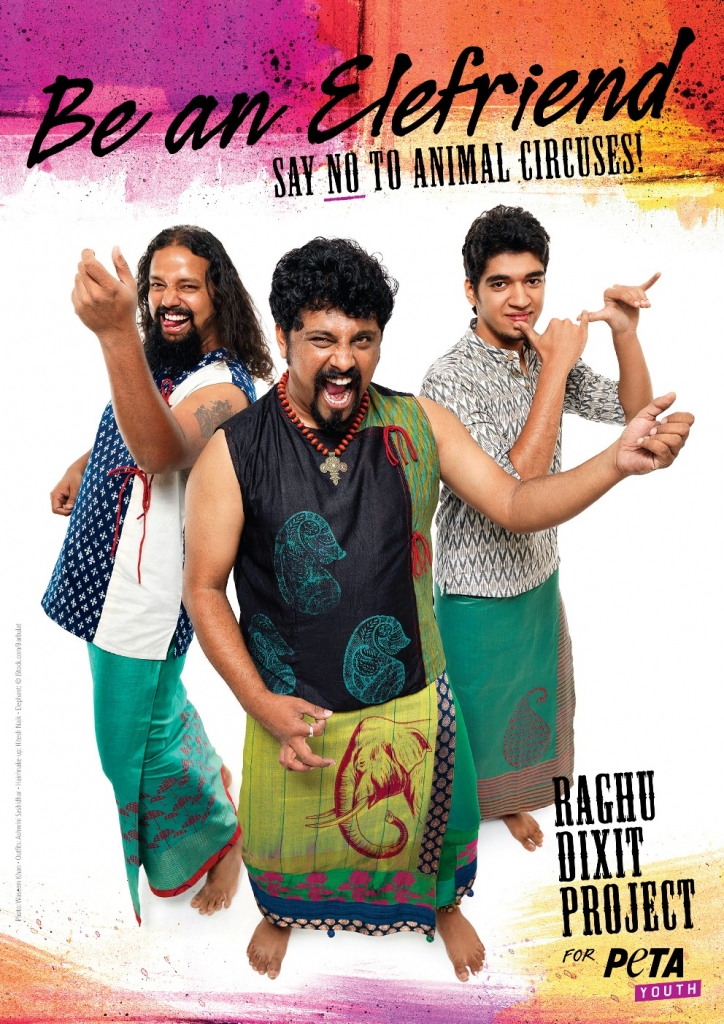 Band members Raghu Dixit, Gaurav Vaz and Parth Chandiramani are no strangers to standing up for animals: they’ve already posed inside a cage to draw attention to how miserable life is for animals languishing in zoos. But now, the Bangalore musicians are exposing circuses for using fear and violence to control elephants and other animals. “[C]ircuses are wonderful to go and have fun, but what is wrong there is the fact that they use animals … and take them away from their natural habitat”, says Dixit.

A nine-month inspection of Indian circuses by PETA and Animal Rahat revealed that animals are beaten with metal-spiked weapons and denied veterinary care and that elephants spend endless hours being chained up. Dogs are crammed into wire cages and rarely let out, while birds have their wings crudely clipped and are confined to tiny, filthy cages. Horses are kept tethered on short ropes, and some animals die from inadequate care or simply “go missing”.

“[W]e urge our fans and every citizen of India: stop promoting cruelty towards animals by going to concludes Dixit. The best way to help animals exploited by circuses is to stop patronising them and to urge your family and friends to do the same. Nowadays, the sky’s the limit when it comes to entertainment options that feature willing human performers, so why would you pay money to watch frightened animals be bullied into performing unnatural tricks?

Show that you share The Raghu Dixit Project’s concern over the abuse of animals in circuses by signing our petition today. It’s high time that India joined the growing list of countries that have banned animal circuses – including Bolivia, Bosnia and Herzegovina, Cyprus and Greece.