As the holiday shopping season kicks into high gear, PETA India has erected a sky-high message of compassion for cows, buffaloes, and other animals in Goa, Guwahati, Imphal, Kochi, Shillong, and Thiruvananthapuram urging people to get on Santa’s “nice” list by refusing to put leather items under the Christmas tree. 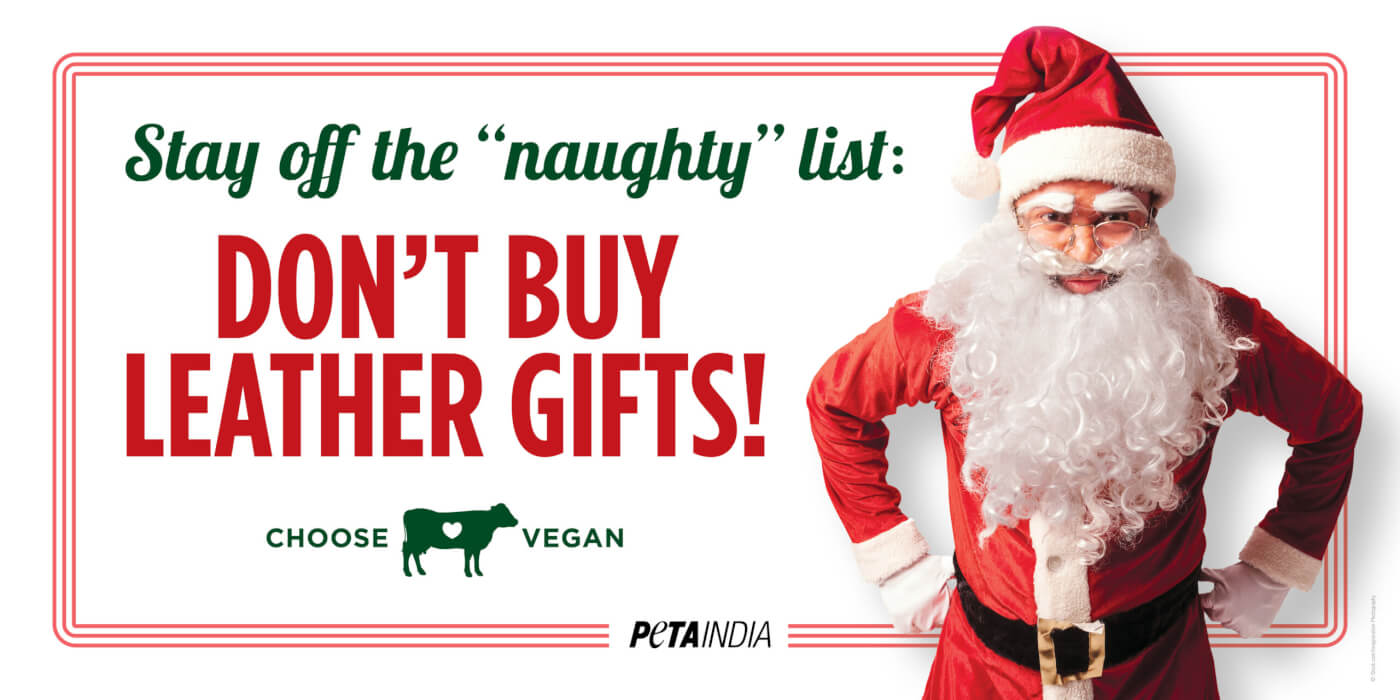 Cattle used for leather are often crammed into vehicles in such large numbers that their bones break. Those who survive the gruelling journey to the slaughterhouse endure agonising deaths: their throats are cut in full view of other animals, and many are dismembered while they’re still conscious. In addition to being cruel to animals, leather production is also terrible for the planet. According to the United Nations, animal agriculture – which includes animals killed for clothing – is responsible for nearly a fifth of human-induced greenhouse-gas emissions.

How To Have a Vegan Christmas