A group of American tourists visiting Jaipur witnessed an elephant being beaten by handlers during a tour of Amber Fort. The visitors saw two elephants trying to escape from their handlers while being made to give rides in extremely high temperatures, and around eight men carrying sticks arrived and allegedly proceeded to hit one of the elephants for up to 10 minutes in order to force the animal to obey them. The tourists were taken aback by the sight and immediately began taking photos. They uploaded them to social media, appealed for advice on responding to the incident, and wrote to PETA asking us to take action against this cruelty. 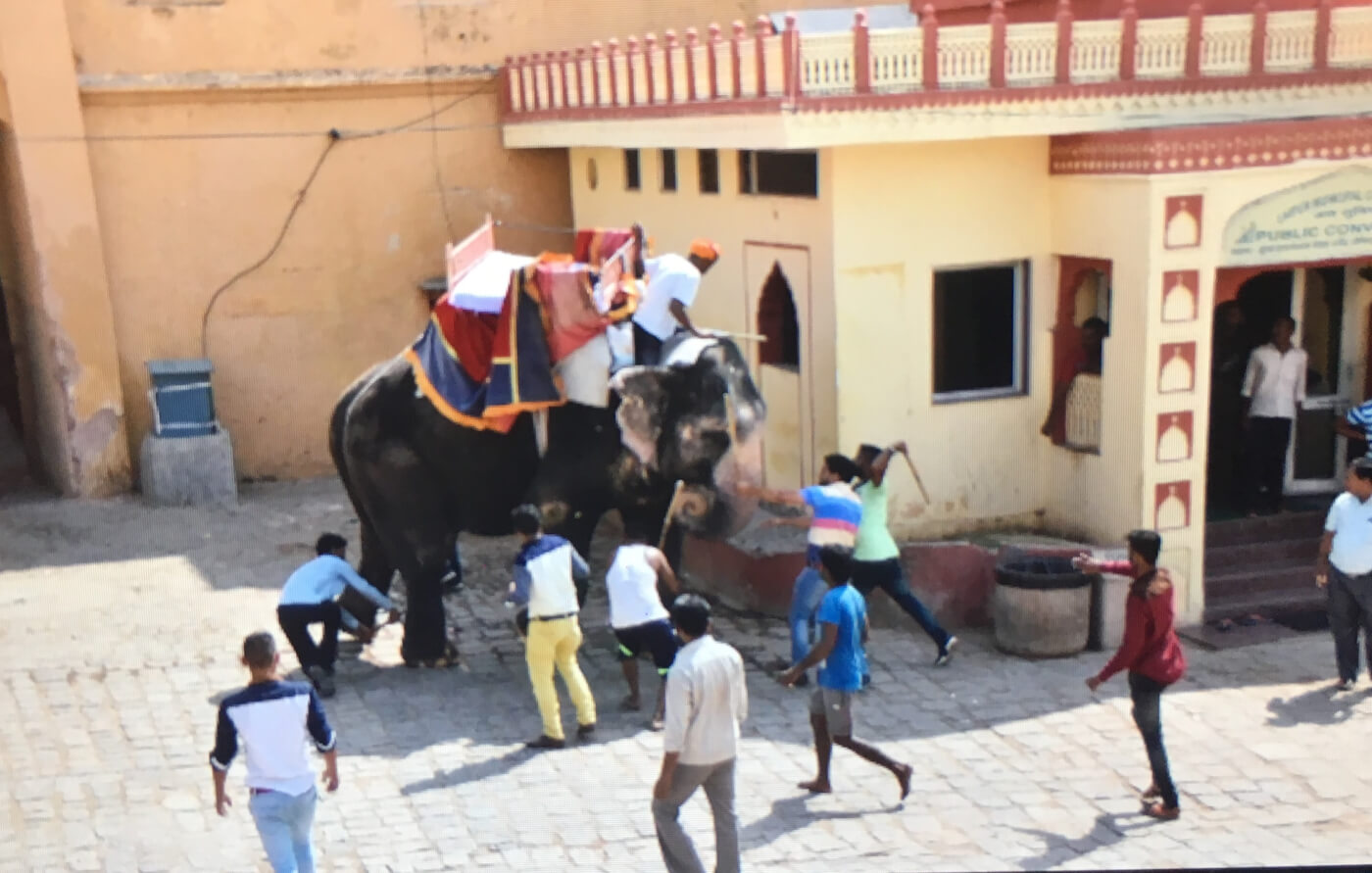 Captive elephants in Jaipur who are forced to give rides to tourists are cruelly treated and suffer from physical and mental distress. An extensive inspection of conditions for captive elephants in Jaipur – conducted by a team authorised by the Animal Welfare Board of India (AWBI), which included experienced veterinarians and animal-welfare experts from PETA India, Animal Rahat, Wildlife SOS, and the Centre for Studies on Elephants at the College of Veterinary and Animal Sciences in Kerala – revealed rampant and widespread abuse of elephants used for rides and other tourist activities, in apparent violation of animal-protection laws.

The inspectors found partially blind elephants forced to work, use of banned ankus (rods with a sharp metal hook on one end), use of chains and hobbles with sharp spikes, mutilation of elephants’ ears and tusks, elephants kept chained for long periods, and a lack of space. Denied the opportunity to engage in natural forms of behaviour, such as roaming freely and socialising, elephants rocked repeatedly back and forth.

Check out the AWBI-authorised team’s findings:

You Can Help Elephants
Elephants endure tremendous stress and pain when forced to walk up and down on hot pavements in scorching temperatures while giving rides at tourist attractions such as Amber Fort. Help them by requesting authorities to stop elephant rides.