Yesterday, Rohan Bopanna caged himself as part of PETA India’s campaign against cockfighting.

Earlier this year, the Supreme Court of India ruled in favour of PETA India against the cruel use of animals in certain so-called “sports”, making it clear that the “person-in-charge or care of the animal shall not incite any animal to fight against a human being or another animal”. 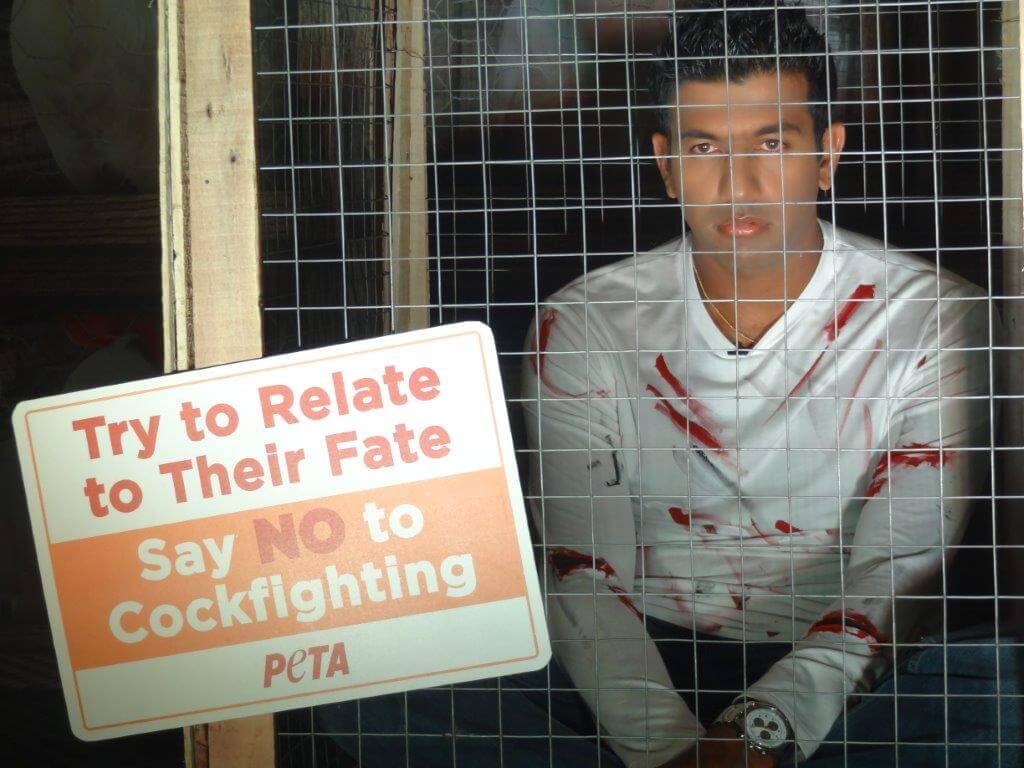 Cockfights are also illegal under The Prevention of Cruelty to Animals Act, 1960, but are still organised in some parts of Andhra Pradesh, Karnataka, Kerala, Maharashtra, Punjab, Tamil Nadu and elsewhere. Bopanna aims to stop this cruelty.

Roosters raised for fighting are often confined to cramped cages and tormented during training. Razor-sharp spurs are attached to the birds’ feet to make the fights more “exciting” (i.e., bloodier). The birds commonly sustain broken wings and legs, punctured lungs, severed spinal cords and gouged-out eyes. Those who survive are forced to fight again. 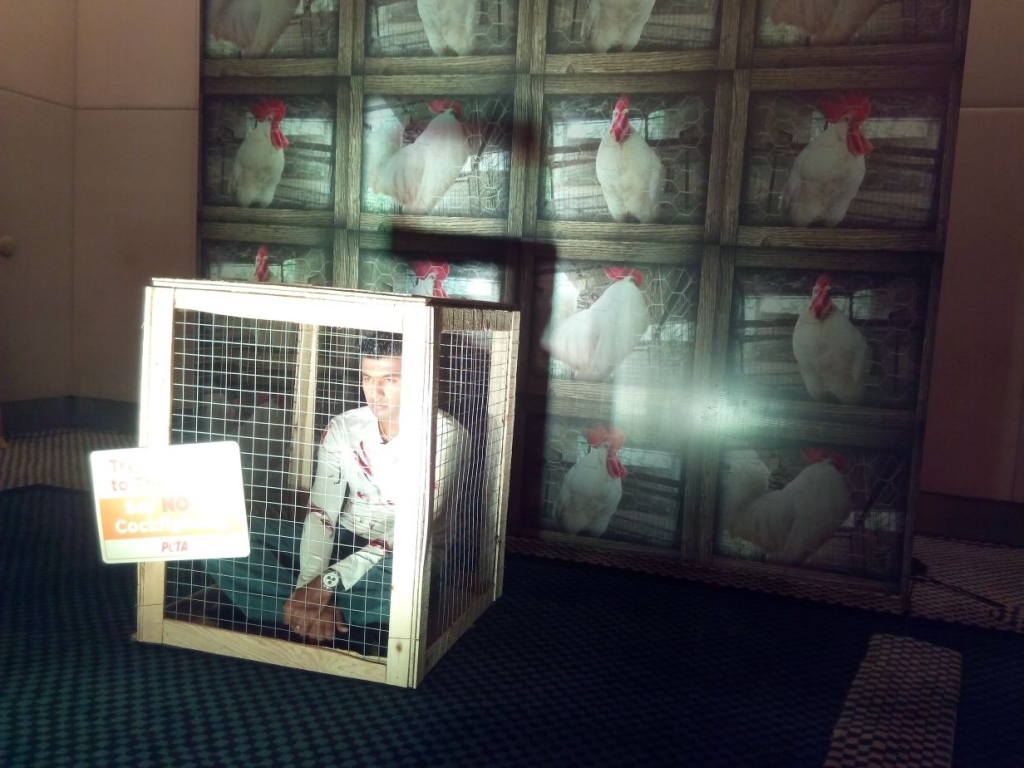 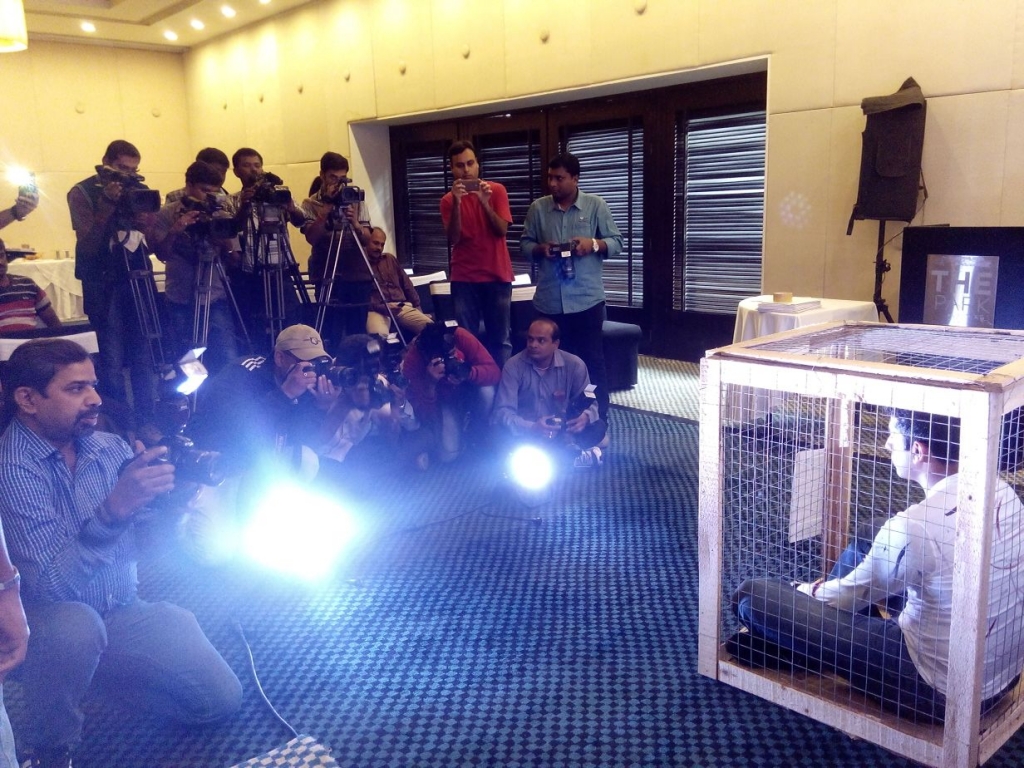 The event, which was held at The Park Bangalore hotel offered a yummy vegan spread for journalists. Did you know that you can get 10 per cent off delicious vegan food at The Park’s restaurant, Monsoon – as well as a number of other restaurants – with PETA’s free V-card? Order yours now!

How You Can Help Roosters
If you hear about a scheduled cockfight, please notify the police or a local animal-protection organisation and write to us at [email protected].