As if COVID-19 weren’t enough, now, avian influenza poses another threat to human health. PETA India hopes to save the lives of humans and chickens by erecting “bloody” billboards in Bhopal, Chandigarh, Delhi, Mumbai, and Thiruvananthapuram urging everyone to help combat deadly diseases by giving up meat and other animal-derived foods altogether and going vegan. 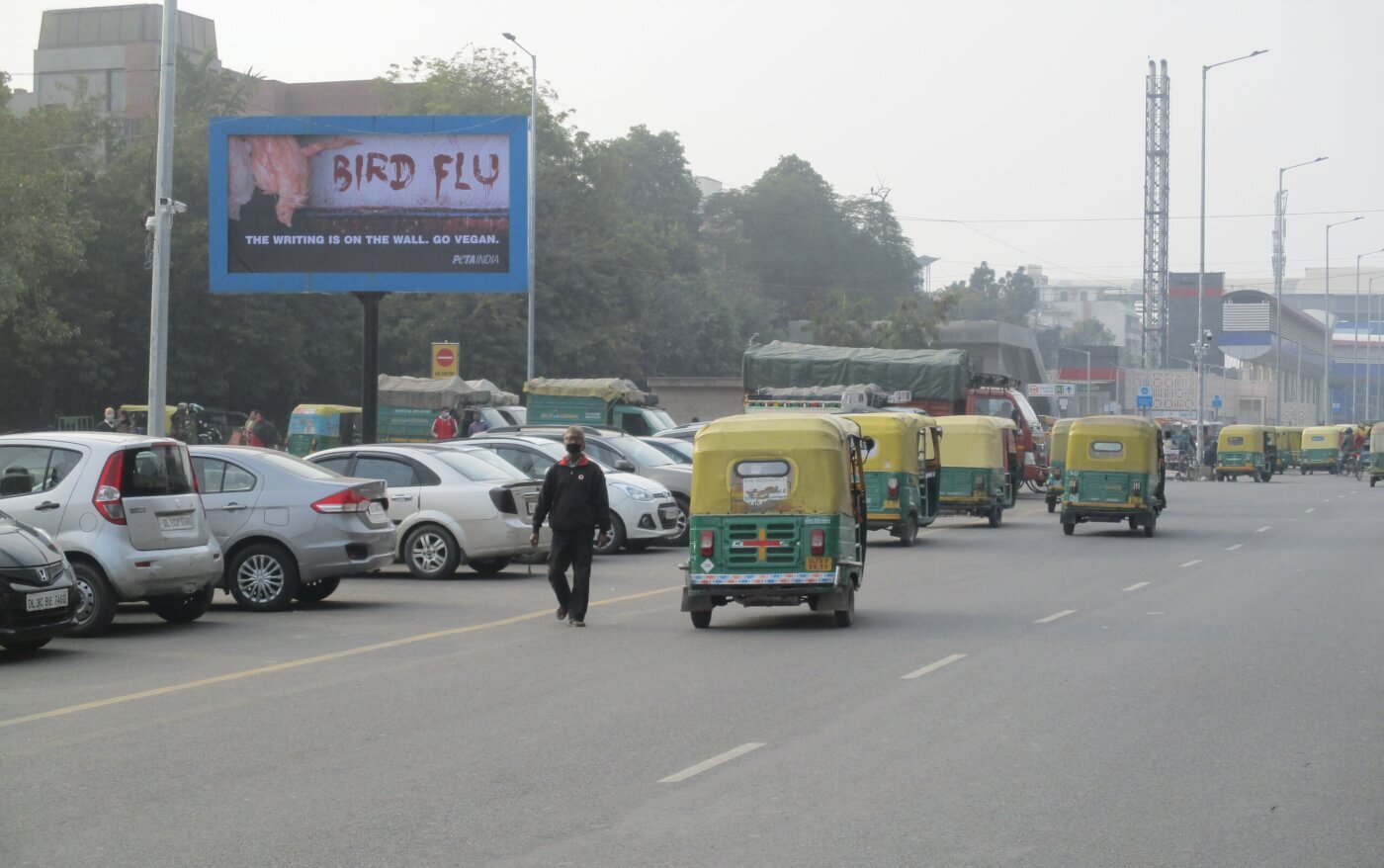 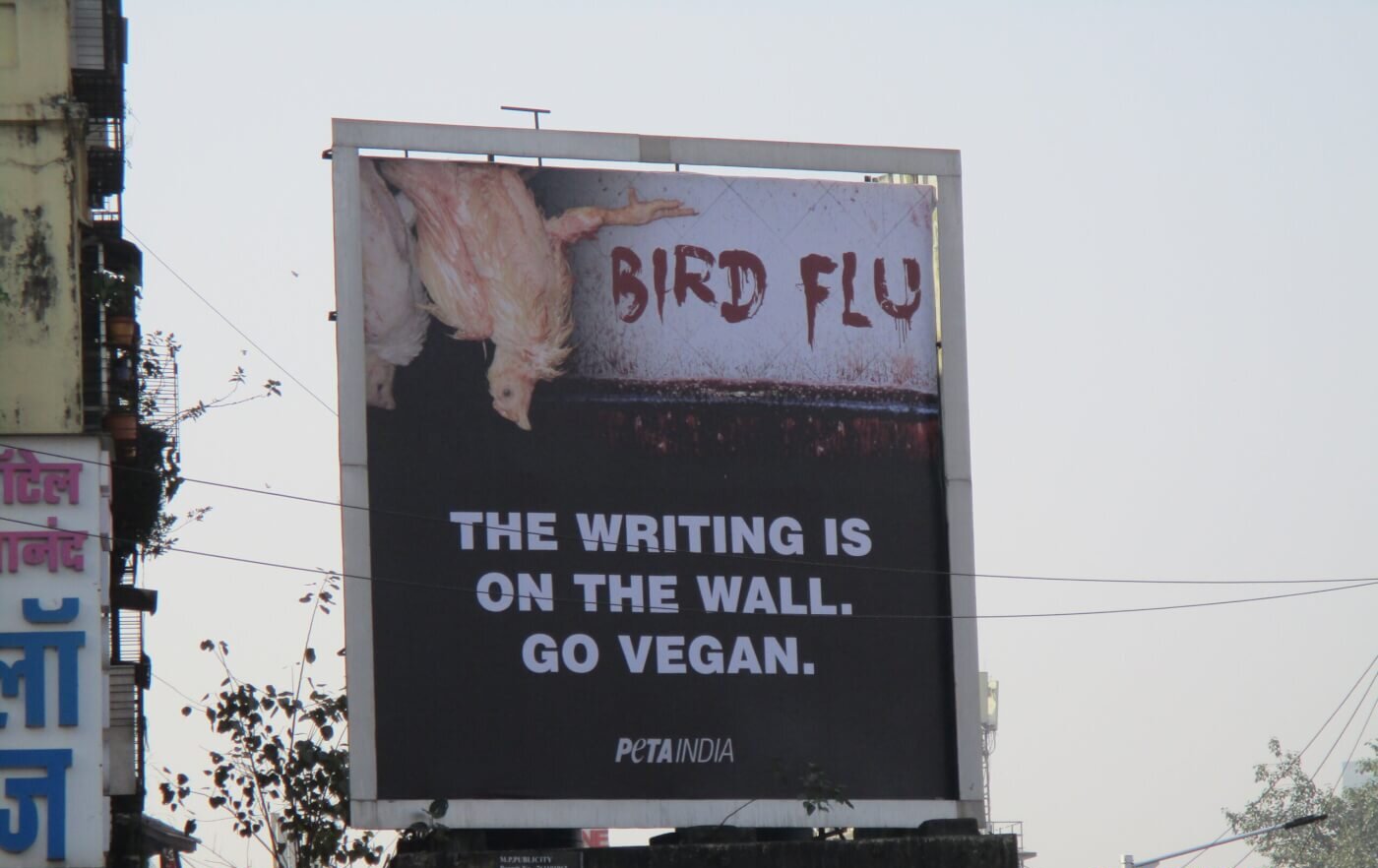 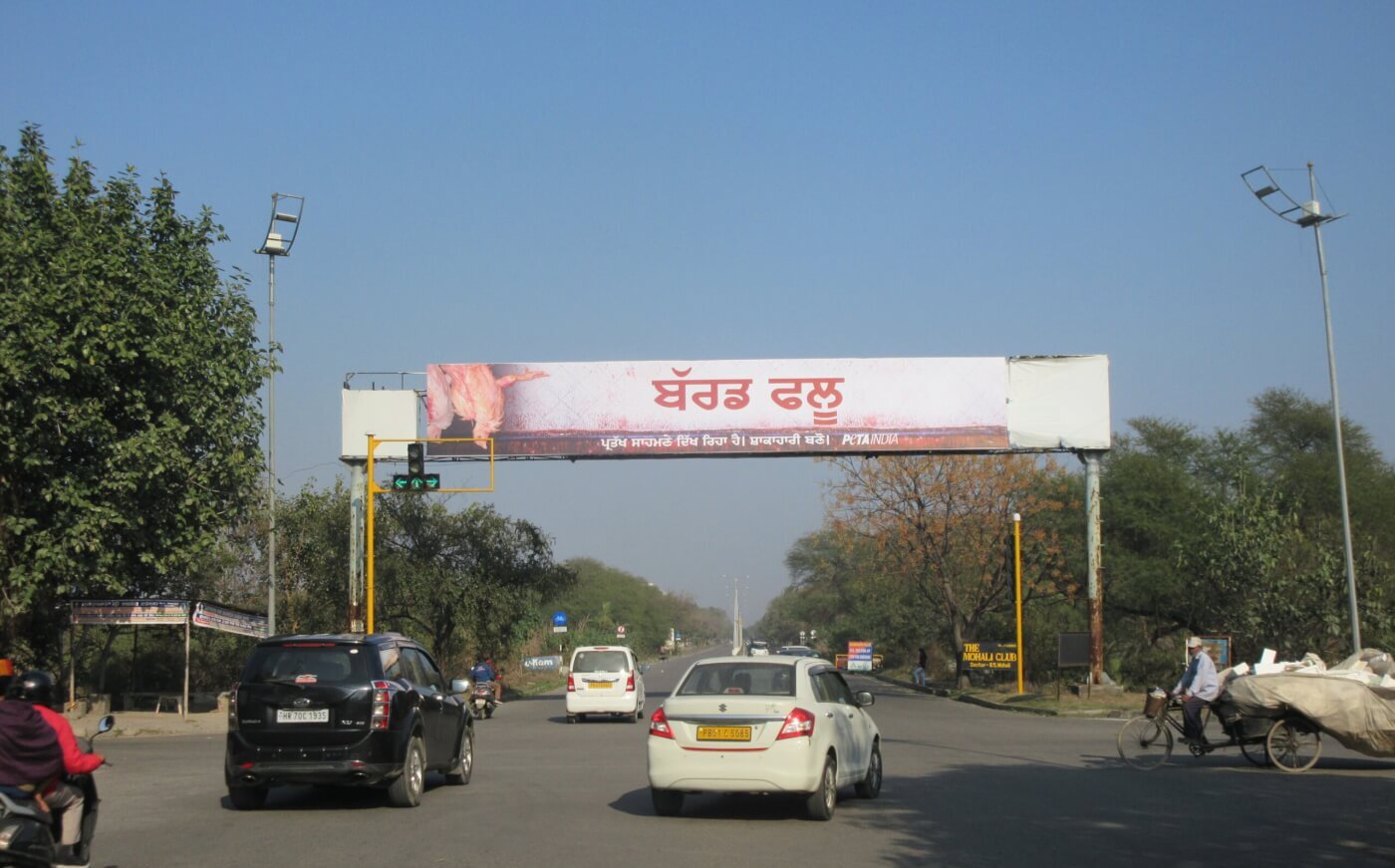 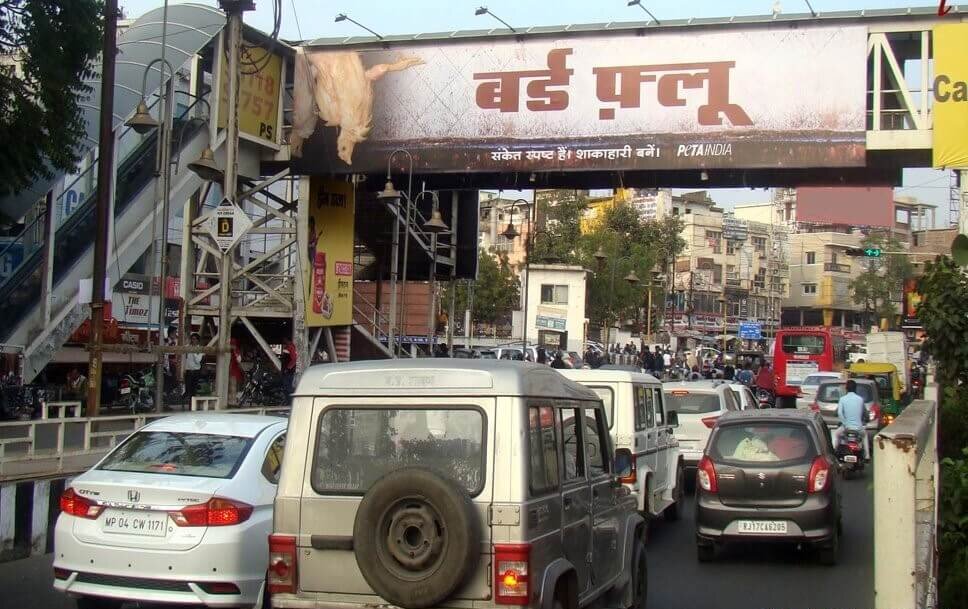 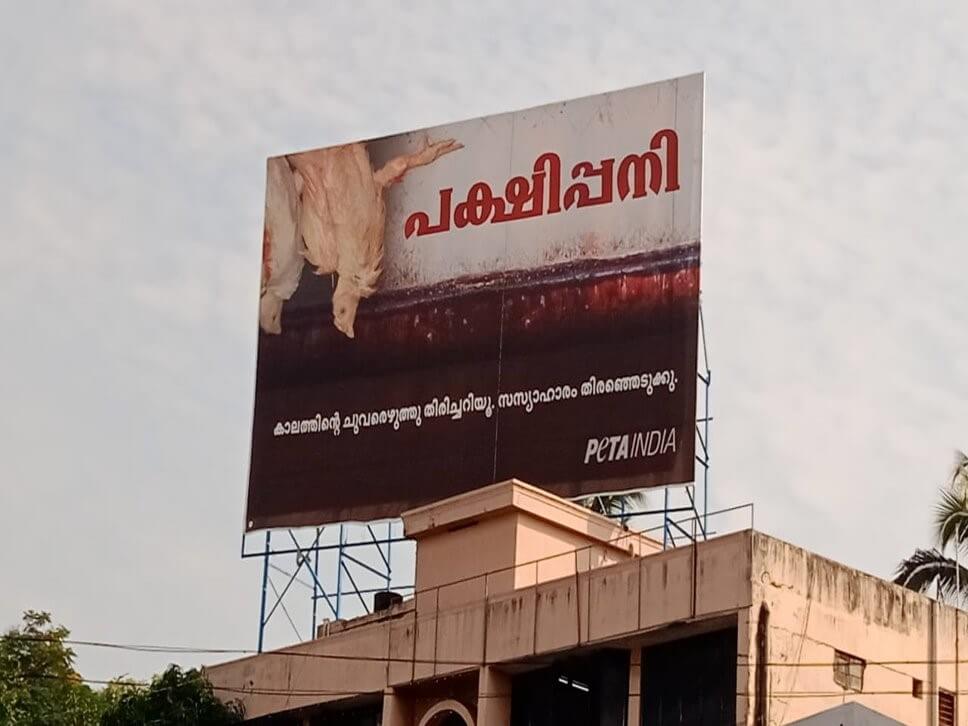 Two strains of bird flu have been found in India during the current outbreak, H5N1 and H5N8 – and, according to the World Health Organization (WHO), H5N1 is fatal to 60% of humans who contract it. WHO warns against handling diseased or dead birds and that improper cooking can risk infection. Live poultry markets where chickens are chosen to be killed risk facilitating the spread of disease to workers and the general public who visit. It’s not uncommon to see dead and dying chickens on factory farms and at filthy live-animal markets.

In addition to helping prevent the spread of deadly diseases, vegan meals spare animals immense suffering. In today’s meat, egg, and dairy industries, animals are raised in vast warehouses by the hundreds, thousands, or even millions in severe confinement. Chickens’ throats are cut while they’re still conscious, cows are forcibly separated from their beloved calves, piglets are castrated without painkillers, and fish are cut open while they’re still alive.