Following an emergency call from a local resident, PETA India worked with Uttar Pradesh forest department officials to rescue a baby monkey, desperately clinging to his almost-lifeless mother, who had likely been hit by a motor vehicle. Despite receiving emergency veterinary treatment, the mother succumbed to her injuries. 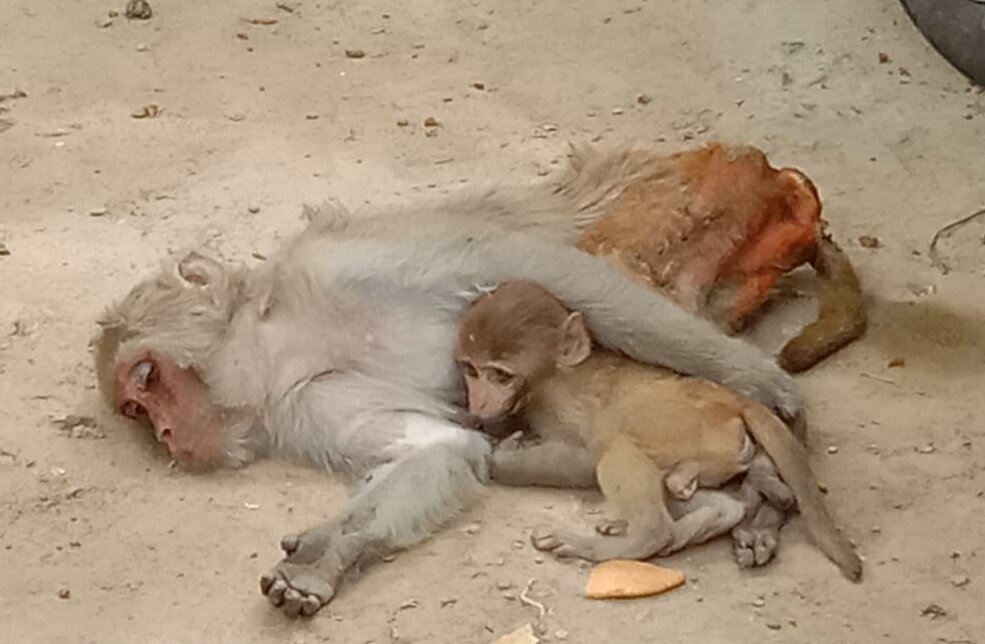 PETA India, with the help of the forest department, admitted the baby monkey to a reputable wildlife rescue centre in Agra for necessary medical evaluation and fostering, and the group will release him back into his natural habitat when he’s ready. In India, the rhesus macaque (Macaca mulatta) is a protected species under Schedule II of the Wildlife (Protection) Act (WPA), 1972.

It’s important that smart, social monkeys be reunited with their friends and families in nature, not used for dancing under the command of cruel people or for experimentation in archaic laboratories.

PETA India encourages all kind people to keep their eyes open and report any cases of animal abuse, health emergencies, or illegal wildlife trading to relevant authorities such as the police and forest departments.

PETA India’s motto reads, in part, that “animals are not ours to use for entertainment”. Exploiting monkeys for profit or keeping them in captivity as “pets” are both morally wrong and punishable by up to seven years in prison and a fine of at least Rs 10,000 under the WPA.

To report illegal cruelty to animals or emergencies involving them, please call PETA India on (0) 98201 22602.

9 Things to Do if You Witness Cruelty to Animals