On 12 December, acting on a complaint by PETA India, the Lucknow police and the forest department rescued 11 rose-ringed parakeets from illegal traders in the Nakhas bird market. We found the parakeets crammed into a small plastic bag in which they were suffocating and jostling for air and space. The police registered a First Information Report under Sections 2, 9, 39, 49, 50, and 51 of the Wild Life (Protection) Act (WPA), 1972, and Section 11(1)(e) and 11(2) of the Prevention of Cruelty to Animals Act (PCA), 1960. Parakeets are protected under Schedule IV of the WPA, and capturing, trading, or keeping them as “pets” is a punishable offence. 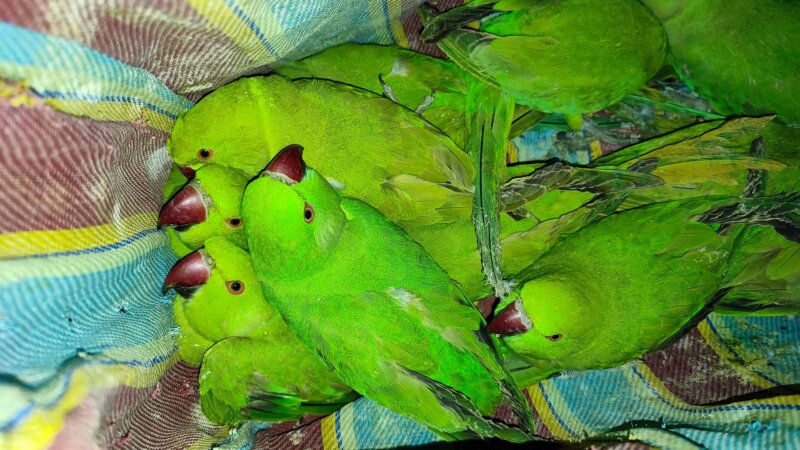 The day after the raid, the forest department and PETA India obtained an order for the release of the birds from the court. The birds were released into their natural habitat on 13 December. 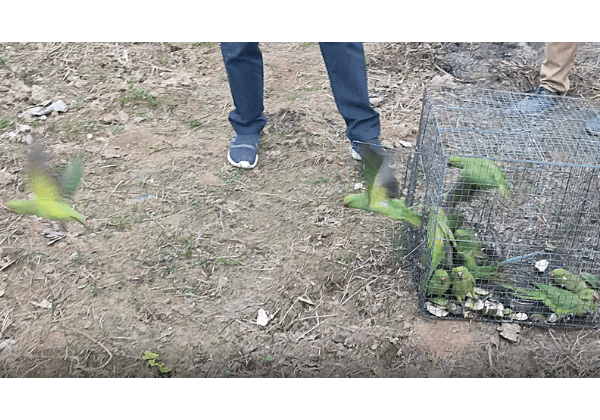 In nature, birds engage in social activities, such as taking sand baths, playing hide-and-seek, dancing, building nests with their mates, and nurturing their young. But when they’re caged, these same vibrant animals become depressed and withdrawn. They often over-preen themselves to the point of mutilation. Some people force birds to endure wing clipping so that they can’t fly away, yet flying is as natural and important to them as walking is to humans.

The WPA bans the capture, caging, and trading of various indigenous birds, and non-compliance can lead to imprisonment for up to three years, a fine of up to Rs 25,000, or both. In addition, caging birds violates the PCA Act, which stipulates that it’s illegal to keep or confine any animal in a cage or other receptacle which does not measure sufficiently in height, length, and breadth to permit the animal a reasonable opportunity for movement. For an aerial bird, that includes flight.