On behalf of PETA India, previous Bigg Boss guest and former Baywatch star Pamela Anderson sent an urgent letter to Mr Vinay Kore, a member of the legislative assembly of Maharashtra state and a leader of Jan Surajya Shakti Party, calling on him to use his influence and good heart to ensure that the physically abused 13-year-old elephant, named Sunder, who has been kept in chains at Jyotiba Temple, is immediately taken to a sanctuary. 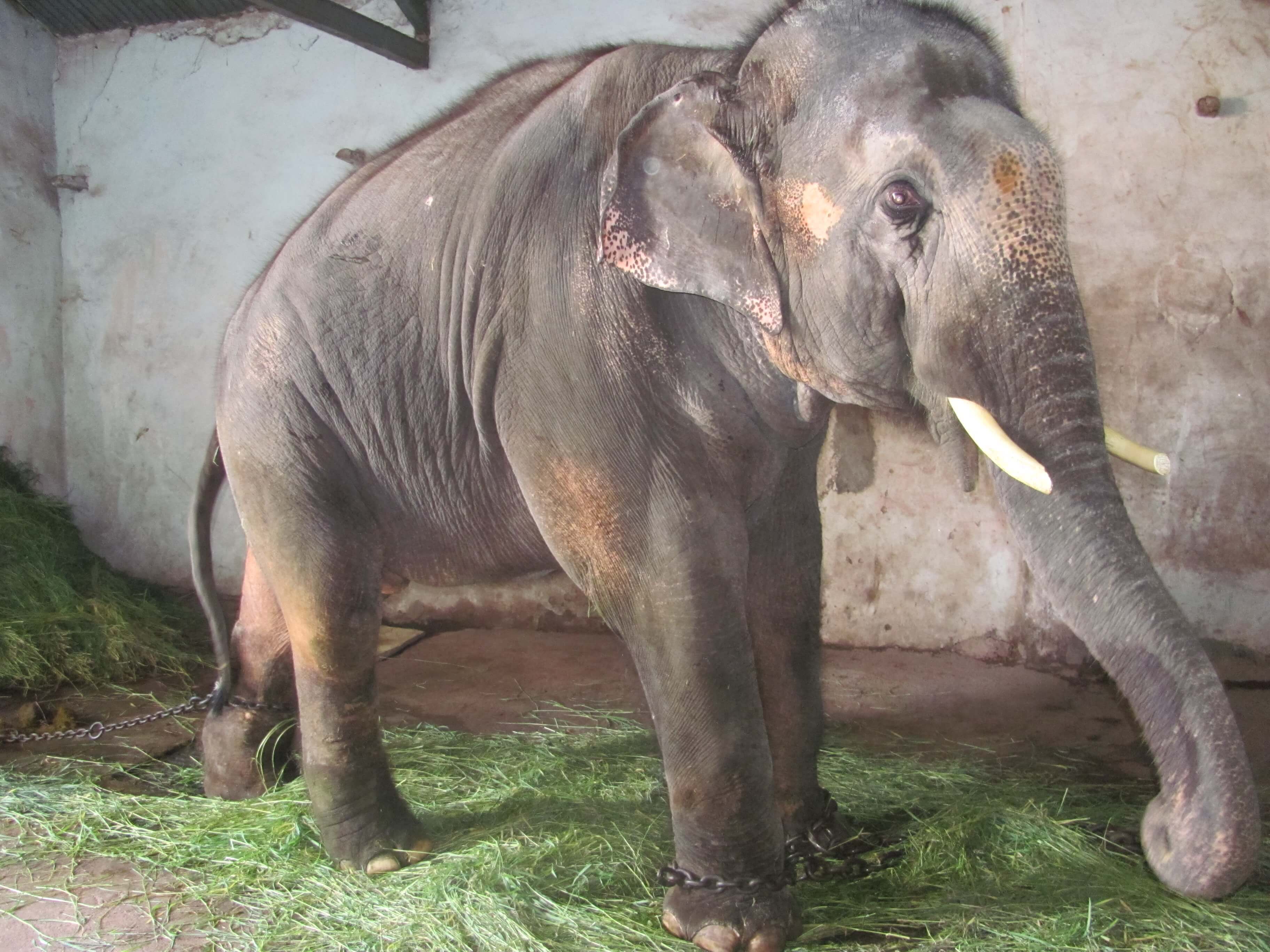 “He is the age of one of my sons, and as sensitive as anyone’s child. Like other victims of abuse, he will be scarred for life mentally, as he already is physically”, writes Anderson, who notes that elephants are precious creatures of God and that it is a crime against heaven that he has been treated in this manner. “From the bottom of my heart, I appeal to you to see that Sunder is taken to a safe place where he can be helped to overcome his long and miserable ordeal and allowed to one day be part of a new family.”

Anderson’s plea follows PETA’s discovery that Sunder was being abused by his mahout (or handler). The elephant has suffered a severe injury to his right eye through the mahout’s use of an ankus (a sharp iron hook-like weapon), is confined to chains with sharp spikes and is kept in a dark shed, where he cannot take even a single step in any direction. Sunder is denied adequate food and water and also walks, which are crucial for his mental and physical well-being. In addition, there are lesions all over his body, indicating past cruel treatments by the mahout. The elephant was donated to the temple by Mr Vinay Kore.

A scandal continues to grow over the way that elephants used in temples are typically kept. They are routinely chained and rarely receive enough food or water, and most of them never see a veterinarian, even when they are injured or ill. Elephants at temples also show signs of severe psychological distress, such as swaying, head-bobbing and weaving – behaviour that is not found in healthy elephants in the wild.

Join PETA India in calling for Sunder to be released.