Only a day after eight cruelty-to-animals First Information Reports (FIR) were filed with the Avaniapuram police during a jallikattu event there, eight more cruelty-to-animals FIRs were filed and arrests were made during Wednesday’s Palamedu jallikattu event—the same event at which a bull sustained a crippling fracture last year. The FIRs were lodged by an Honorary Animal Welfare Officer (HAWO) – authorised by the Animal Welfare Board of India – for violations of The Prevention of Cruelty to Animals (PCA) Act, 1960. A news report claimed that at least 42 people were hurt during the jallikattu event in Palamedu. In Avaniapuram the day before, 35 people, including 15 spectators, were reportedly injured. The HAWO in Avaniapuram observed that one police sub-inspector and three police constables had been wounded.

Meanwhile, a police officer was filmed on Wednesday jabbing a bull in the vadi vasal with a stick at the jallikattu event in Periya Suriyur, Trichy in violation of the PCA Act. There 47 people were injured, 9 of them seriously.

In Palamedu, the FIRs were filed for blindfolding bulls in order to disorient them, using lame bulls, using a bull showing signs of foot-and-mouth disease, causing injury and bleeding to bulls’ nostrils and twisting their tails. It was also observed that numerous bulls jumped out of the collection area, a suspicious liquid (likely liquor) was forced down the throat of a bull, sharp objects were used to jab bulls in the vadi vasal and downed bulls’ tails were twisted and bitten. 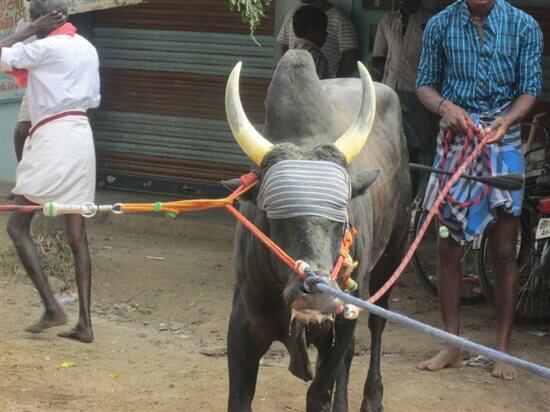 Bulls are blindfolded in order to disorient them. 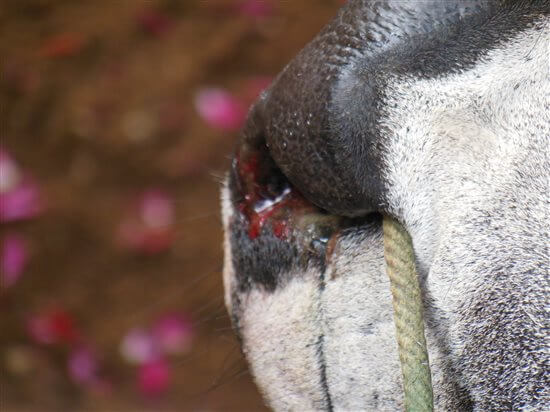 Nostril bleeding due to tight tethering. 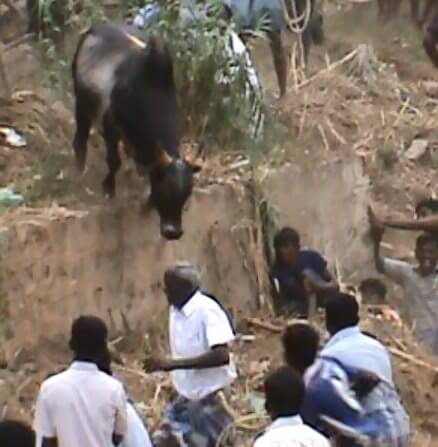 A bull leaps 8 feet off the ground after escaping the collection area. 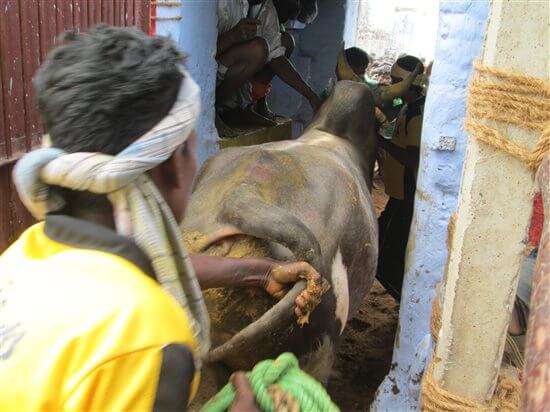 Bulls’ tails are twisted, forcing them to perform.

In Periya Suriyur, an HAWO also documented that the crowd broke the barricades in the collection area; that police charged the crowd with lathis several times as spectators came into the collection area; that spectators used the wooden logs and ropes of the broken barricades as tools to catch bulls, although they were not official “bull tamers”; that bulls’ tails were bitten and yanked; that the animals were poked with iron rods, metal spears and thick, pointed wooden sticks; that bulls with bleeding horns and nostrils were forced to participate; and that spectators and police were injured because of an inadequate collection area. In some cases, people hit bulls in the vadi vasal with four sticks simultaneously. 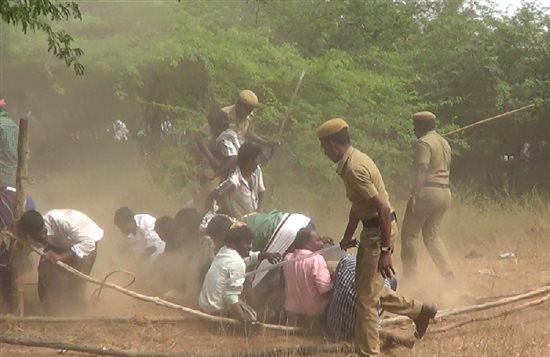 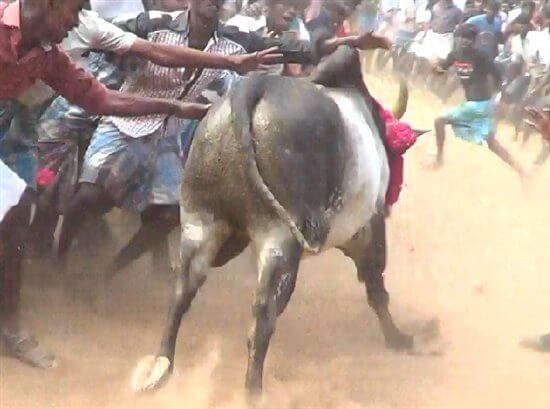 Bull being hit by spectators. 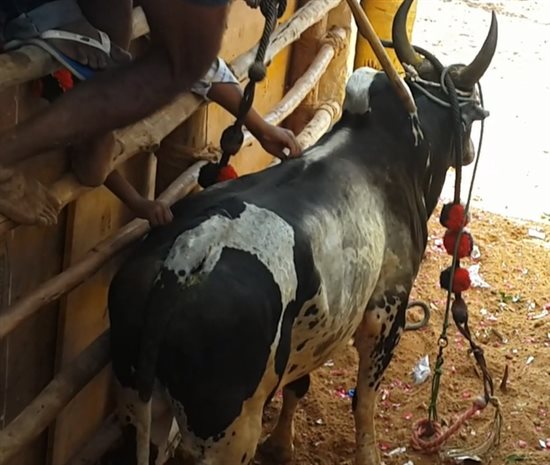 Bull being prodded with a stick. 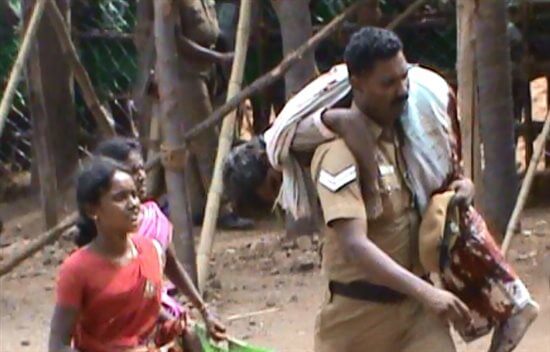 Injured and unconscious person being carried out.

PETA continues to seek a complete ban on jallikattu.