A Hero to Animals Award is on its way from PETA India to Senior Police Inspector Sudhir Kudalkar for rescuing a 120-year-old Indian black turtle who had become stuck in a muddy, weed-filled drain. Kudalkar entered the knee-deep water using a torch and kept the frightened animal in a box until he was able to consult with forest officials about the best way to return him safely to his natural habitat. 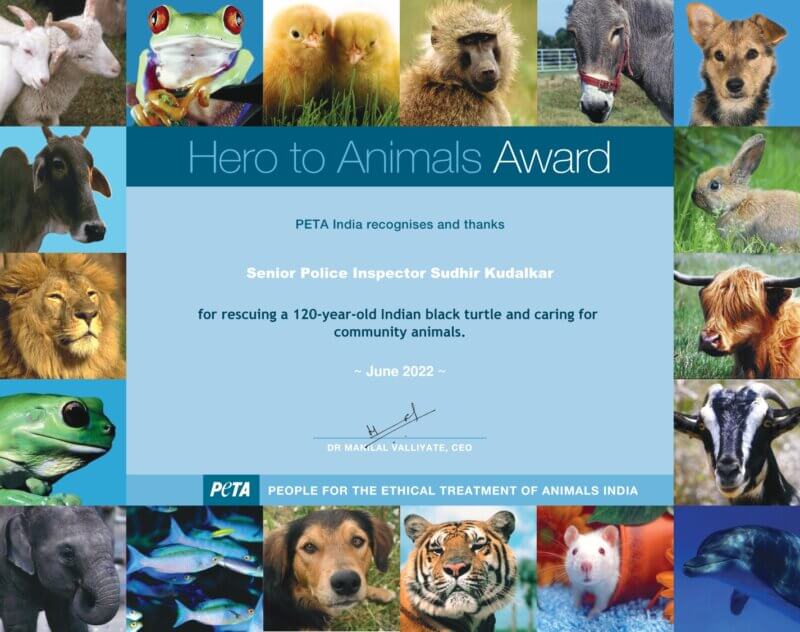 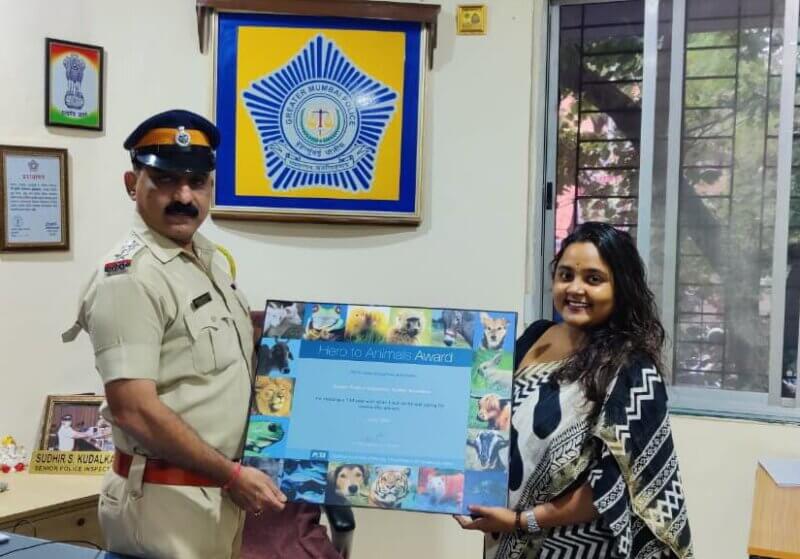 Turtles and tortoises are often smuggled from India, Madagascar, and Pakistan to buyers in mainland China and Hong Kong. Endangered species are considered particularly valuable on the black market, and corruption at some airports eases the smuggling process. Others are trafficked into the exotic pet trade, even though they are protected under international law.

This turtle is one of around 2,000 animals, including 16 blind dogs, reportedly saved by Kudalkar through his rescue organisation Pure Animal Lovers .

Anyone who sees an animal in distress should call PETA India’s emergency helpline on 9820122602.