After sifting through hundreds of photographs of lovable rescued Indian dogs, PETA India’s panel of judges painstakingly narrowed the list down to 10 finalists. Then we asked you to cast your vote in PETA India’s 2018 Cutest Indian Dog Alive contest to help us determine the winners. The winners were chosen by PETA India based on a number of factors, including vote count.

While we recognise that all the Indian dogs in our competition were worthy of the title (the judges are still recovering from “cute overload”), the votes are in, and we’ve chosen Pinky as the winner! 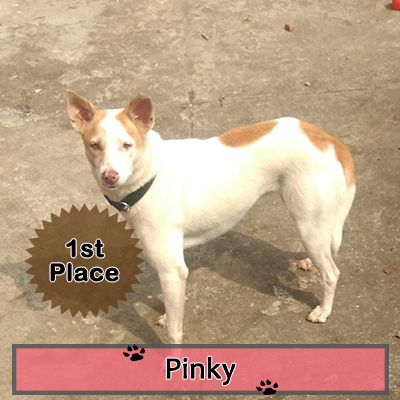 Pinky was stuck in the foundation of a building site when Mrs Crasta rescued her and decided to give her a permanent home. Pinky, a cute Indian breed, is affectionate and very alert. She will receive a first-place certificate and a “100% Desi Dog” doggie T-shirt, and her guardian will receive a “My dog is a rescue” T-shirt as well as a copy of Ingrid E Newkirk’s book Let’s Have a Dog Party! 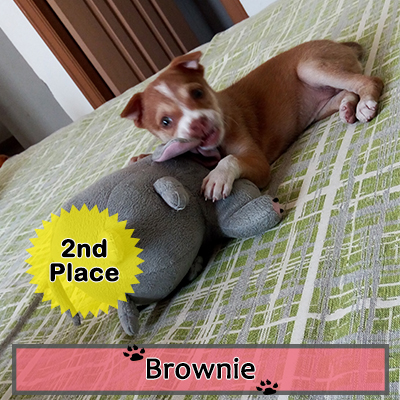 Brownie, who was only about a month old, had been abandoned in a busy street and was suffering from a skin disease when Shael took her to a veterinarian and then adopted her. Now, she’s a loving member of the family. She will receive a second-place certificate and a “100% Desi Dog” doggie T-shirt, and his or her guardian will receive a “My dog is a rescue” T-shirt. 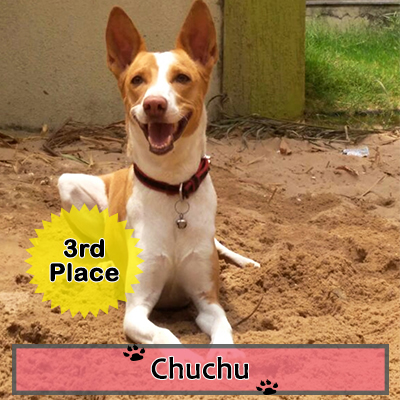 Chuchu was hit by a car, leaving her with a broken femur bone and a dangling hind leg. Tavneet found her and took her to a hospital for necessary treatment. Despite a prominent scar on her stomach and a shortened leg, Chuchu is doing great. She’s now 4 years old and the spoiled “child” of the family. Chuchu will receive a third-place certificate and a “100% Desi Dog” doggie T-shirt.